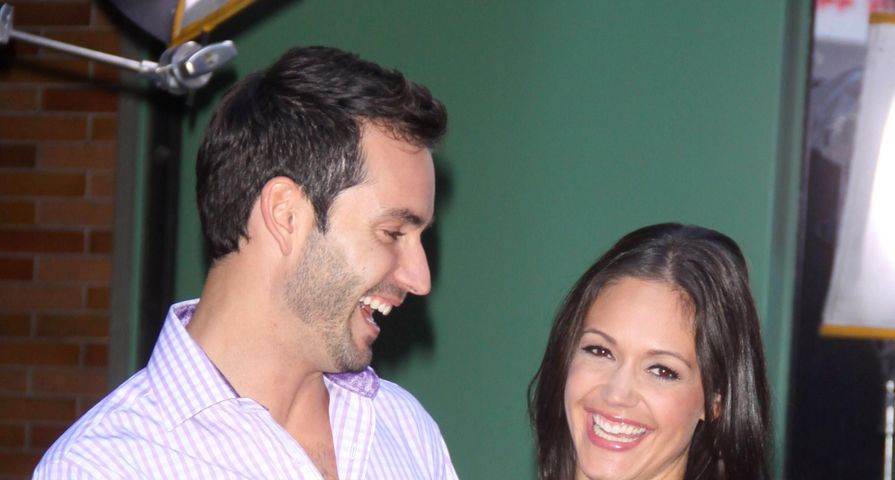 During her season she fell for contestant Chris Siegfried and he obviously felt the same way as fans watched Siegfried get down on one knee and propose to Hartsock during the show’s season finale which aired August 2013.

Siegfried gave Hartsock a Neil Lane diamond ring with more than 200 small diamonds on an intertwining rose gold and platinum band, which she happily accepted.

After living together in Seattle for a couple of years, they finally made it officially as they were wed on Sunday January 18 in Palos Verdes, California.

“They were so excited to get married. They didn’t want to wait another day. When Chris saw Des walking down the aisle he was amazed at how beautiful she was. The ceremony was emotional and sweet. They kept it very short and they walked out holding hands and kissing,” an insider told E! News.

Even though many couples struggle and often end the relationship they began from the dating show, Hartsock has always been certain about her and Siegfried, “I just think when you know, you know. And I know Chris and I are going to last and I know we’re going to get married and have a future. I feel our relationship started very naturally, and to be honest, we are each other’s best friends. I truly believe, regardless of the show, or if we met at a coffee shop, we’d still be together.”

Fans of the show may remember, Chris wasn’t exactly Des’ first choice in the end. She was ready and willing to pick Brooks Forrester until he had a change of heart right at the end of the show and decided to leave. Fortunately, things seemed to work out for Desiree and Chris in the end.