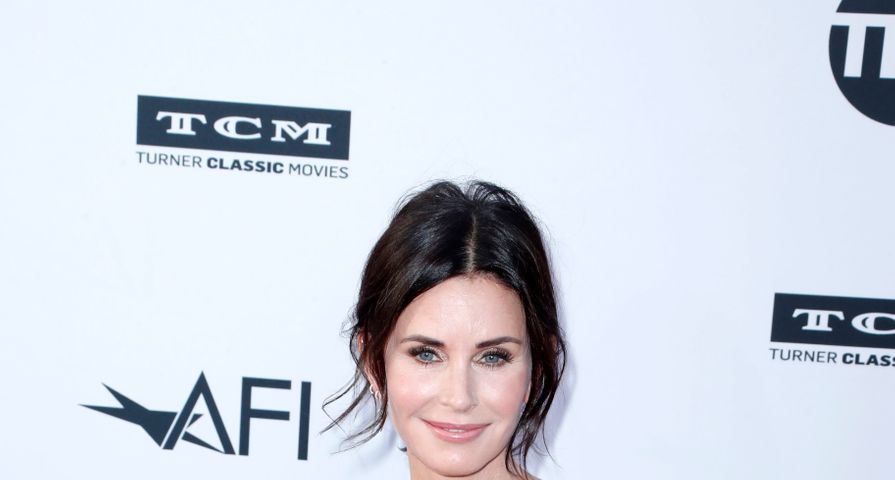 Courteney Cox is serving up some serious nostalgia!The beloved actress took to her Instagram on Thursday, May 16 to share an amazing throwback photo of the Friends cast from before they were one of TV’s most iconic groups of all time.

In the photo Cox, along with Lisa Kudrow, Jennifer Aniston, Matt LeBlanc, Matthew Perry, and David Schwimmer can be seen on a private jet on their way to Las Vegas before the show aired that September. “The one where the six of us went to Vegas and no one knew we were F.R.I.E.N.D.S yet #tbt #beforeitaired #lovetheseguys,” the actress captioned the photo.

In the book “I’ll Be There For You: The One About Friends” author Kelsey Miller explained that Vegas trip. As it turns out, Friends director James Burrow knew there was something special about the cast and the show well before it aired so he asked the Warner Bros. higher-ups if he could have a jet to take all six to Las Vegas. On the way to Vegas he showed them the pilot episode and took them out to dinner and then gave a speech explaining that their lives would never be the same again.  “Then, in the middle of dinner, Burrows held up his hands and said what he’d brought them here to say: ‘This is your last shot at anonymity,'” Miller wrote about that night.

Of course, at the time the six stars were still relative unknowns and were living on very sparse bank account, but Burrows knew that that wouldn’t be the case for long so he gave them checks to hit the casinos.

Despite Cox’s many references to the hit series on her social media recently, fans shouldn’t hold out hope for a reunion, reboot or revival.

“People ask us all the time, ‘Will we ever do a remake?’ That was a story about these group of people that are friends in their 30s who are finding themselves. I don’t know if there’s a way to redo it,” Cox told PEOPLE in October. And, despite Friends being the “greatest job I ever had,” the actress said. “I just don’t see it happening.”

“Even though I would do anything to be in a room with all of those people acting and having a great time,” she said. “But I don’t see it happening.”