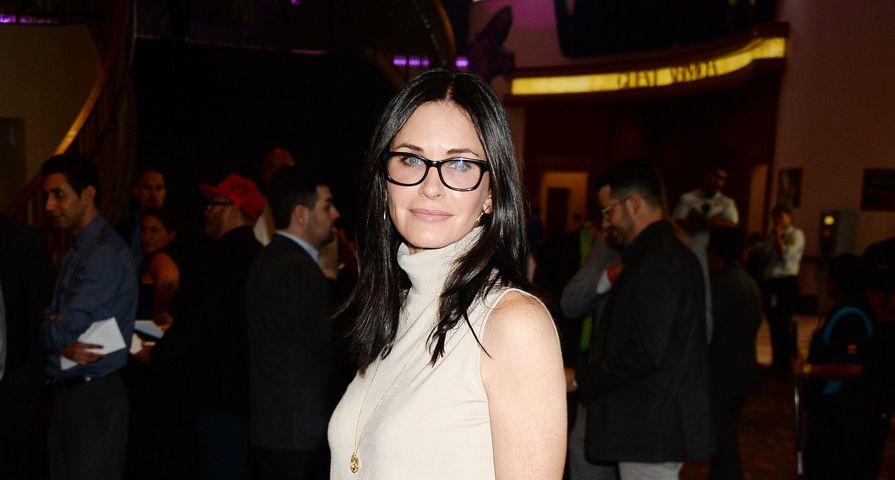 Like all actresses over the age of 40 in Hollywood, Friends alum Courteney Cox has been constantly plagued by criticisms about her appearance as she gets older and has always deflected the topic of plastic surgery.

However, the 52-year-old got very candid during her Monday, August 22 episode of Running Wild with Bear Grylls, when Grylls asked Cox about how it feels to have been in the limelight for so much of her life now. She explained that she handles it well, but the majority of comments made are about her appearance: “I feel lucky. I don’t feel burdened by it. I mean, people can be pretty mean, though, now that there’s all this social media. The comments … if I ever want to feel really bad about myself, I just click on one of those … comment section.”

That is when she opened up about taking steps to maintain her youthful looks. “I think I was trying to keep up with getting older, trying to chase that … it’s something you can’t keep up with,” and also revealed it hasn’t always worked out. “So, the more you relax into it and the less I try, because sometimes you find yourself trying and then you look at a picture of yourself and go, ‘Oh, God.’ Like, you look horrible,” she continued. “I have done things that I regret, and luckily they’re things that dissolve and go away. So, um, that’s good, because it’s not always been my best look.”

Cox also openly talked about other personal things including her breakups from one-time husband David Arquette, and most recently her fiance Johnny McDaid. “We were engaged for over a year and then we broke up,” she said during the hike. “There’s something about … you know, he’s from Ireland. And the way he regards love is precious. We have to treat it in a different way. It’s more special. … You coddle it. So, I didn’t know how to regard love the way he does. And it definitely made a lot of mistakes that I see, whether it’s co-dependency or people-pleasing. I didn’t know how to bring it in. It was always external. I definitely have learned a lot, and no matter what, I will be a better person from that breakup, even though it was so brutal.”