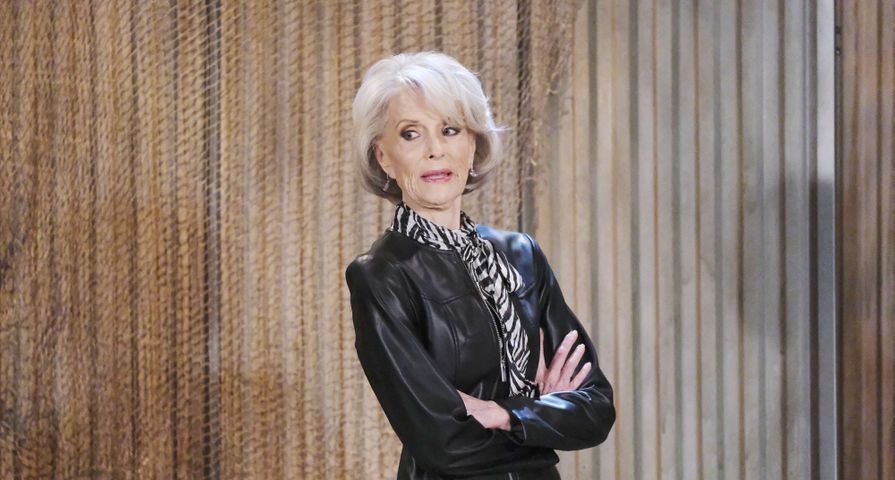 Actress Constance Towers, who plays Helena Cassadine on General Hospital (GH), will be returning to the sudser in February, according to Highlight Hollywood.

The last time viewers saw Helena was a few months ago. The character passed away in 2015 and so Helena appeared in flashbacks that involved Peter August (Wes Ramsey). Valentin Cassadine (James Patrick Stuart) recently mentioned the family matriarch when he told Nikolas Cassadine (Marcus Coloma) that Helena had lied to Nik and he was the rightful Cassadine heir.

The role of Helena was originally played by legendary Hollywood actress Elizabeth Taylor. She was a huge fan of GH and called the executive producer, requesting a guest-starring role on the soap. Producers and writers then created the role for Taylor, who first appeared as Helena in November 1981.

Towers has played the character since 1997. She got her start on soaps playing Clarissa McCandless, from 1982 to 1987, on the now defunct sudser Capital. In 1996, she appeared in two episodes of The Young And The Restless as Audrey North.

The actress has also appeared on other television series over the years including Fantasy Island, MacGyver, The Rockford Files, Hawaii Five-O, Perry Mason, The Outer Limits, Love Is A Many Splendored Thing, Murder She Wrote, Matlock, Baywatch, Designing Women and Frasier.

Will Nikolas or Valentin get a ghostly visit from their dearly departed matriarch? Or, like Nikolas, has Helena actually been alive all this time? Keep watching GH to find out!