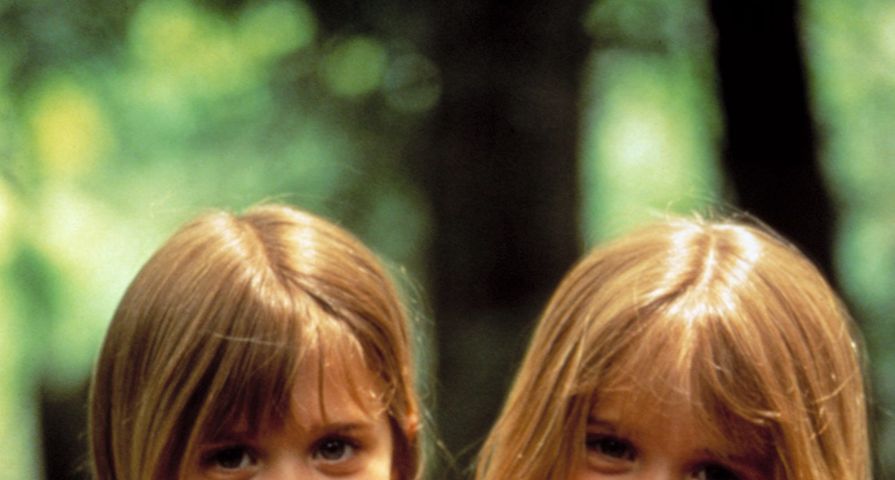 The success of Mary-Kate and Ashley Olsen is almost unprecedented. They made so much money and are such smart business women that they could basically retire from the public eye well before their 30’s to focus on their personal interests and not even bat and eyelash. They had their own brand which expanded into clothes, shoes, books, CDs, fragrances, makeup, dolls, video and board games, school supplies and of course, films, and at 18 years old became co-presidents of Dualstar. Their movies by no means were cinematic masterpieces but they were HUGE with their fans and pre-teen to teen girl audiences, and admittedly some were definitely better than others. Check out the these Mary-Kate and Ashley Olsen films, ranked!

There were definitely some questionable films on the roster for Mary-Kate and Ashley Olsen and one of the least favorite for fans was 2002’s Getting There. The film featured the twins as Taylor and Kylie Hunter who in honor of celebrating their 16th birthday and having licenses to drive decide to plan a trip to Salt Lake City, Utah with friends for the 2002 Winter Olympics. Naturally, chaos ensues and the trip is anything but easy.

2004’s New York Minute marked the Olsen twins last film, and while it wasn’t that great it earns a top 10 spot for a few reasons. First of all, as mentioned it was their last film together, and the hot crush for the film was none other than Jared Padelcki, and this was one of their films that was actually released in theaters. It didn’t do well, and it really wasn’t very good, but it was nostalgic for their fans who grew up watching their films.

1994’s How the West Was Fun starred Mary-Kate and Ashley Olsen as Jessica and Suzy Martin who go visit their godmother’s dude ranch while it is in financial trouble. How the West Was Fun was one of the wildest Olsen twins movies in terms of plotline and while it was indeed fun and of course heartwarming, it is also one of the least memorable films of their career.

11. To Grandmother’s House We Go

1992’s To Grandmother’s House We Go is a classic Mary-Kate and Ashley film, which came out right in the midst of their Full House fame. Their adorable sassiness and no fear attitude makes this a Christmas classic for their fans. As always it was pretty cheesy though, and watching it back now doesn’t have the same effect as it did watching the movie as a kid.

In 1993, the twins released another must-watch holiday movie with Double, Double, Toil and Trouble for the Halloween season. This movie was adorable and even better because it featured Cloris Leachman, however looking back now there were some major problems including but not limited to the fact the two youngsters spent the majority of the film with a grave-digger, a homeless man and a professional clown.

Fans’ feelings of The Challenge vary greatly. The 2003 film was their last direct-to-video movie and played off the popularity of the MTV series of the same name. It may not have been the best overall but definitely gets bumped up thanks to the final scene which had all of their previous on-screen boyfriends show up and fight over them. It was absolutely ridiculous, yet amazing, plus Theo Rossi who is now famous from Sons of Anarchy appeared in the film, which just makes it better now.

As the Olsen twins got older, their films started to divide the girls into the “tomboy” and the “girly girl”, and Switching Goals was the epitome of this. They starred as Sam and Emma Stanton with Sam being a soccer player and tomboy and Emma a girly girl whose biggest interest is fashion. For many fans, Switching Goals was one of the most relatable of their feature films, and remains a fan favorite.

Fans that grew up alongside Mary-Kate and Ashley Olsen appreciated their later films a little more and When In Rome is one of them. The twins starred as Leila and and Charlie Hunter who go to Rome to participate in a Summer Intern Program, but are fired. Of course romance, learning and growing up all ensue and it remains one of the more popular Olsen twins films.

Once the twins had a handle on their acting skills and had outgrown their getting by on cuteness, they delivered some of their best films out of them all, one of which was 1998’s Billboard Dad. The often parentless duo in the films always managed the impossible which in this one in particular included painting a billboard to find love for their dad just so happened to be Tom Amandes who we know now from Parenthood. Billboard Dad was heartwarming and also included Pretty Little Liars‘ Troian Bellisario as a friend of the twins which was because she was best friends with them in real life at the time.

One of the best parts of watching the Olsen twins films was living vicariously through them, and Passport to Paris was an awesome escape. It was their first step into their international adventures and featured Paris, cute French boys and their first on-screen kisses. Sure it was a little hard hearing them complain about having to go to Paris to spend time with their Grandfather, but we got over that fairly fast.

4. Holiday In The Sun

2001’s Holiday In the Sun is without a doubt one of the most fun out of all the Olsen twins movies. Once again, you have to get over the point where they are actually whining and sulking about being forced to go on a family vacation to the Bahamas instead of spending their break in Hawaii with friends. After taking their dad’s private jet though they seem to get over it and Holiday In the Sun turns into one of the most intriguing and exciting of their films thanks to some crime, a night in jail and of course Megan Fox as the enemy Brianna Wallace and One Tree Hill‘s Austin Nichols as Mary-Kate’s adorably awkward love interest.

Winning London is by far the most under-appreciate of the Olsen twins’ films. For once they weren’t travelling because they were over-privileged rich kids, and audiences learned a lot about Model UN programs in schools and peaked interest in them. It was interesting and actually had a really great storyline thanks to the Model UN scenarios, plus it featured the incredibly good-looking Brandon Tyler and Jesse Spencer as the love interests. Not to mention, it was also the first time the girls french-kissed on-screen!

2. Our Lips Are Sealed

The writers of the Mary-Kate and Ashley movies sure were creative, and that’s what makes 2000’s Our Lips Are Sealed so great! Instead of just another going on a trip movie to Australia, the twins and their family are re-located there by the Witness Protection Program after witnessing a diamond robbery. It was extremely absurd, but Australia is just to great not to love, and had the best of the best of the fourth wall breaks that were key to many of they Olsen twin films.

There was never any doubt which one of their films was going to get the top spot, and it is of course 1995’s It Takes Two. Before The Parent Trap this was the best twins switching places movie of all time. Unlike how the rest of their movies would become, this one actually told a real story, invoked real feelings and also had the best co-leads ever with Kristie Alley as Diane Barrows and Steve Guttenberg as Roger Callaway. There was no explanation as to how or why the twins were separated, but in the end that really didn’t matter.