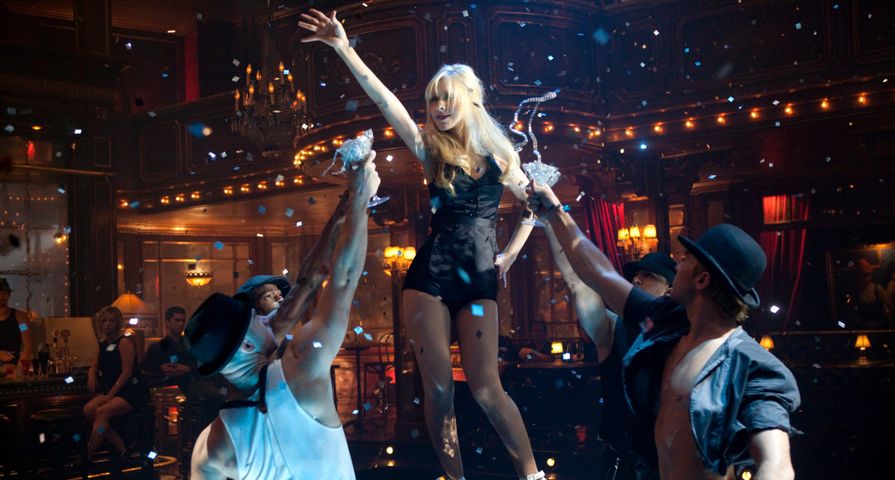 There is a fine line between entertaining and just plain awkwardness. With today’s sound mixing technology, many actors who are tone deaf are cast in musicals, and Russel Crowe is a prime example. In real life, people do not burst into spontaneous dance numbers where everyone knows the steps without rehearsing, but good musicals make it seem natural, and the bad ones just leave audiences wriggling in their seats with embarrassment (remember Pierce Brosnan in Mamma Mia?). The following is a list of awful musicals that made viewers cover their ears and close their eyes, wondering if the madness would ever end.

It’s the timeless tale of Jean Valjean (Hugh Jackman), a man imprisoned for 20 years after stealing a loaf of bread, and attempting to lead a productive life while evading the police officer Javert (Russell Crowe). While Sasha Baron Cohen and Helena Bonham Carter were hilarious as the innkeeper and his wife, the shaky camera shots were nauseating and reminiscent of The Blair Witch Project. In addition, Russell Crowe should be banned from ever attending a musical, let along appearing in one.

Was it time for ethnic diversity in the beloved musical about a little orphan girl named Annie, absolutely! But, that’s the only positive note that can be made about this musical flop. Just because Cameron Diaz (Hannigan) had some great dance moves in Charlie’s Angels, does not mean she should ever be in a musical.

A prime example of when bad movies happen to good actors. With a cast including A-listers like Alec Baldwin (Dennis Dupree), Malin Akerman (Constance Sack), Russell Brand (Lonny), Paul Giamatti (Paul Gill), and Tom Cruise (Stacee Jaxx), what could go wrong? Unfortunately, the answer is EVERYTHING! Apologies should be made to the great rock legends who had their music violated with this sad excuse for a musical.

Matthew Broderick plays Leo Bloom, a shy accountant in an unhealthy relationship with his blankey, who gets roped into making a musical with Max Bialystock (Nathan Lane). They discovered that they could make more money with a flop than a hit, and rip off old lady investors. However, this lemon of a musical only made $7 million.

The first part of this movie follows the lives of youths trying to make it during the intense decades of the ‘60s in New York, and is rather enjoyable. The classic Beatles’ songs are reinterpreted creatively and performed with energy and style.  However,half way through, the psychedelic era takes hold, and it appears that the filmmakers kept shooting while under the influence.

It is unknown why this painful and lacklustre ‘documentary’ was ever made. First off, the concert, even for die hard Glee fans, was pretty dry, forced and predictable. The movie is basically a cash grab for all those Glee-aholics who couldn’t make it to the concert.

Disney introduced viewers to a whole new circle of hell with the third installment of the High School Musical series: Senior Year. The drama club teens are busy preparing for their next steps after high school and are wondering if their relationships are going to last, but really, audiences stopped caring two movies ago.

It’s the age old story of a tortured artist, in this case Italian film director Guido Contini (Daniel Day Lewis), who is having a creative block while being surrounded by beautiful women, such as Marion Cotillard, Nicole Kidman, Kate Hudson, and Penelope Cruz. More could be said, but after the first 10 minutes, it was turned off.

This cult classic is the biography of Bob Fosse and his adventures as a womanizer and drug addict, while being a Broadway choreographer and director. Basically this film is Fosse’s love letter to himself and the nude dance sequences are painfully awkward.

Con artist Harold Hill (Matthew Broderick) comes to town disguised as a music professor and everyone falls for his charm, except librarian Marian Paroo (Kristen Chenoweth). The original was so bad, so why would a remake ever be attempted? It’s kitchy, stiff, and annoying to endure.

The original 1980 film was edgy, gritty, and an accurate depiction of the struggles young performers face in New York City. The 2009 remake are just actors with pretty faces and paltry ambitions. Seasoned veterans Kelsey Grammar (Martin Cranston) and Megan Mullally (Fran Rowan) give witty performances, but fail to compensate for their flawed and bland junior cast mates.

This film should serve as a warning for all popstars who think they can transition to the big screen. Glitter left audiences bitter as they watched yet another movie about an unknown singer (Mariah Carey) who tries to balance her personal life while fulfilling her dreams of being a star.

Jane Austen is rolling around in her grave over the Bollywood interpretation of her classic nineteenth century novel. Set in India and America, William Darcy (Martin Henderson) eventually woes Lalita Bakshi (Aishwarya Rai) as she succumbs to his charms. It’s a whole lot of dancing and a ton of yawning.

Justin Guarini plays college student Justin who falls in love with waitress Kelly, played by Kelly Clarkson. While they impressed audiences with their singing on the first season of American Idol, their acting skills left viewers begging for the sweet release of death.

Burlesque is really just a fancy name for a cheap strip club, and Burlesque is just a cheap version of Cabaret. It fails to deliver the talent, energy, and creativity of the classic musicals. Yes, Christina Aguillera can dance and sing, but she should try asking the genie in the bottle for some acting skills.