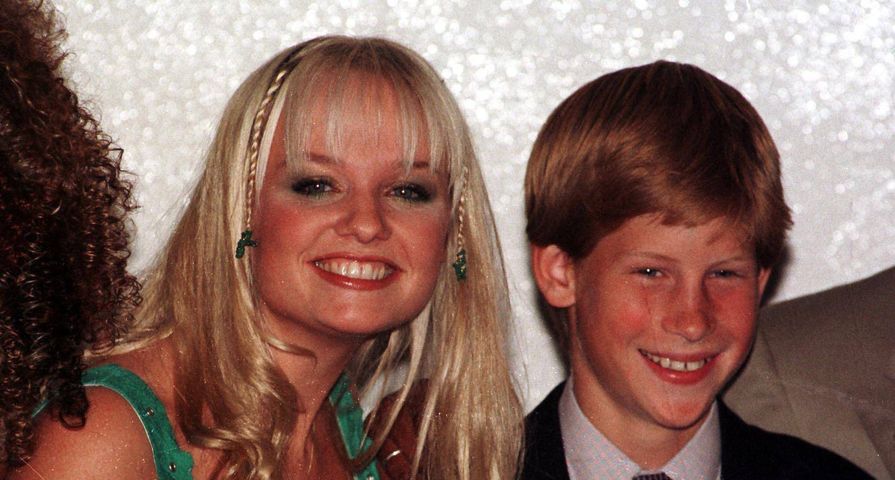 Prince Harry has been photographed since the day he was born. Wherever he goes, cameras follow. While many of us are familiar with so many of the pictures that have been taken of the handsome prince, there are a number of others that many of us haven’t seen. Check out these 12 rare photos of Prince Harry:

For his first day of kindergarten, Prince Harry looked regal in royal blue. The whole family came with him on his first day of school – even Prince William! Harry was quite possibly the cutest kid ever with his adorable mane of strawberry blond hair and his Thomas the Tank Engine bag.

Prince Harry has always been an athlete. Here he is visiting West Ham United’s Football Club in East London in 2002. He was doing a penalty kick in front of some of the youth club members and, even in a suit, he knows how to kick a ball!

Like all teenagers, the young prince had an awkward phase. Back in 1999, he was still growing into his looks – and straightening his teeth! At the Christmas Church service on Sandringham Estate, he was seen with braces.

Prince Harry was probably the cutest little kid. Here he is at the age of six arriving at a carol concert at St. Matthew’s Church with his classmates. We love how he is holding hands with his walking buddy!

The resort of Klosters in Switzerland has always been one of the British royal family’s favorite ski spots. In 2000, Harry was there with his father and brother. You can’t see it in this photo, but he still had braces!

Just like his mom, Prince Henry of Wales has been active with his charity work in Africa. After graduating from Eton College, Harry spent his gap year on a ranch in Queensland, Australia, and in Southern Africa. In this picture, he is at the Lesotho Child Counselling Unit, which was established in 2002 as a safe house for abused children.

It was pretty obvious even when Prince Harry was a child that he would grow up and join the military. Here he is at the age of eight in Hanover, Germany. He was spending a day at the Light Dragoons in military garb. Such a cute little soldier!

In 2003, Prince Harry took part in a field game between Eton College and a team of old boys. He doesn’t look quite like the prince we’ve come to know in this photo. We’ve never seen him wear anything quite this dirty!

In this photo, the red-haired prince is nearing the end of his studies at Eton College. Unlike his brother, Harry didn’t go university. Instead, he enrolled at the Royal Military Academy Sandhurst after his gap year.

The young prince met the Spice Girls in South Africa in 1997. His father, Prince Charles, also met the Spice Girls, but Ginger Spice got a little more handsy with him than with Harry. She grabbed his bottom! All Harry got was a kiss on the cheek from Baby Spice.

Prince Harry was really adorable as a young boy. Here he is in a cute little blue double-breasted coat. He looks like a very young Christopher Robin from Winnie the Pooh!

1. With Prince Charles at Klosters, Switzerland – 1997

Harry visited the resort of Klosters in Switzerland in 1997. He and his dad didn’t just go skiing – they also went tobogganing! Here they are behind their hotel tobogganing down the slope. This picture was taken just a few months before his mother was tragically killed in a car accident. 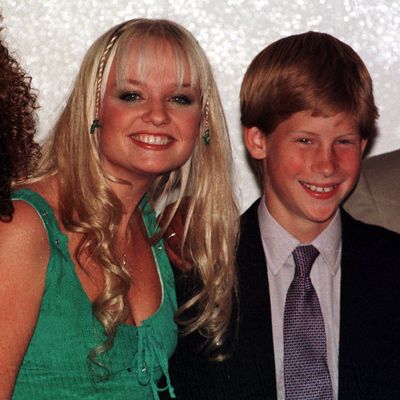