One Life To Live’s 10 Best Couples 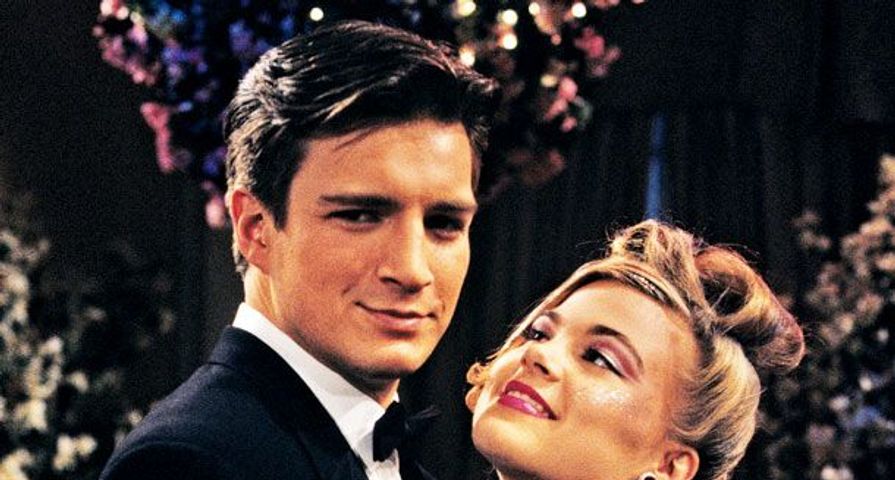 Remember the beloved soap opera One Life To Life (OLTL)? The legendary daytime drama ran for over four decades, with the show hitting the television airwaves from the summer of 1968 to January 2012. Fans had a small reprieve on the web (via Hulu and iTunes) from April to August 2013, but a lawsuit around ownership of the soap’s characters (ABC Network versus Prospect Park) have kept the show from viewers since. In the 40 plus years that OLTL entertained fans, many a couple graced the daytime drama. As such, below are the 10 best OLTL couples in the soap opera’s history.

This pairing might be a controversial one on the list, but these two had incredible chemistry together. The May-December romance that featured an older woman and younger man captivated OLTL fans. Actors Robin Strasser and Tuc Watkins sold the romance so well, we had no choice but to love them together. While Dorian may have been initially fond of David at one point because of his Buchanan-heir status, these two finally figured out that love ruled the roost in this relationship, when all was said and done.

There is nothing better than young love and Jessica and Christian took the cake. OLTL fans watched sweet Jessica grow up on the show for years and when Vega strolled into town and these two hooked up, the chemistry between these two was phenomenal. They didn’t last long, but it was clear they both held a special place in each other’s hearts … even as adults. Christian would attempt to try and sway Jessica to rekindle their romance before he left Llanview for good, but the two couldn’t create the same spark they had as teenagers.

Digging far back into the OLTL history vaults, we come to a super couple of the ‘90s. Luna was a smart and funny lady, who was into new-age beliefs, and she had her sights set on Max from the moment she landed in Llanview. Max had other ideas at the time, but the two eventually came together. By the end of 1993, the couple would be married and help each other through the various soap opera ups and downs that were thrown their way. Sadly, Luna was killed off in 1996 when she was shot by a gang member. Interestingly enough, the character would return a handful of times after her death in the form of a ghost.

These two had an on-and-off love affair that spanned over three decades. They first met while Viki was married to Joe Riley, but didn’t quite hit it off from the get-go. Isn’t that a good sign when it comes to super couples? Over the years, Viki and Clint would warm up to each other and share a pretty incredible love story. The two were married twice and engaged in 2012 right before OLTL was canceled; alas during the show’s web series run the two would break up, as Clint’s lies would get the better of his relationship.

Kelly sure was smitten with Joey when she first rolled into Llanview. Sadly, he was not, but eventually, he saw the light and these two engaged in a pretty awesome love affair. They even got married at one point in the spring of 2000. Sadly, Kelly would turn to Joey’s brother Kevin (nothing like an affair against your partner with someone in their family to get soap storylines going), but the two were able to put all this aside as the years went on and dive back into an intense relationship in 2011.

Asa was quite infamous for his OLTL weddings, as the iconic character had 14 marriages under his belt during his over two-decade tenure with the show. However, three of those nuptials were with Renee and these two had an incredible love story in Llanview. Sadly, their 2004 marriage only lasted for three years and ended due to Asa’s death. What’s worse is that the character’s demise was because the actor that played him, Phil Carrey, passed away in early 2009, at the age of 83 due to lung cancer.

Llanview’s biggest outcasts turned lovers turned super couple? It happened and these two were magic from the get-go. The chemistry they had, the intensity, and their love had OLTL fans swooning. The couple was on-and-off again, but that is almost a staple for some of the best soap pairing nowadays, and the twosome battled their fair share of trials and tribulations like fights, deaths, babies being sold, and then brought back. The couple was married four times, but the good news is, they were still together up until the show was canceled. Here’s hoping they finally found their happily ever after. #TnB4Ever

You know you have a good super couple when the actors who play the characters hook up in real-life. Marty was a bad girl-turned-heroine who fell in love with the dashing, handsome, and charming Patrick Thornhart in the mid- ‘90s. The two would share an incredible love over the years, but perhaps the bigger story was between the actors, Susan Haskell and Thorsten Kaye, who are still a couple today. They have two children together.

A love story that started off in the ‘80s would prove to have the longevity that spanned right until the demise of OLTL. They had their ups and downs and despite the fact that Tina was a gold digger at heart, she simply could not resist the cowboy Cord. The best part of this super couple was despite their obstacles (and other marriages) the two found themselves together and married for a fourth time in 2011, proving that when it comes to soap operas, true love always conquers all.

In the late ‘80s and early ‘90s, there was no bigger OLTL coupling than Megan and Jake. While Megan had had her fair share of men when she entered the world of Llanview, Jake simply stole her heart – and she stole his. The coupling began when Jake was hired by Michael Grande to spy on Megan. Their friendship turned to romance, and Jake finally refused to do Michael’s bidding. The two would move on to some pretty wild adventures and eventually marry in 1991. Sadly, their union ended far too quickly when Megan was diagnosed with lupus. Not a dry eye was found in any house of an OLTL fan that episode when Jake carried a dying Megan to her hospital window to show her the tree they had once planted, flourished with hearts on it. Megan passed away, but the couple still lives on today in the memories of many OLTL fans.