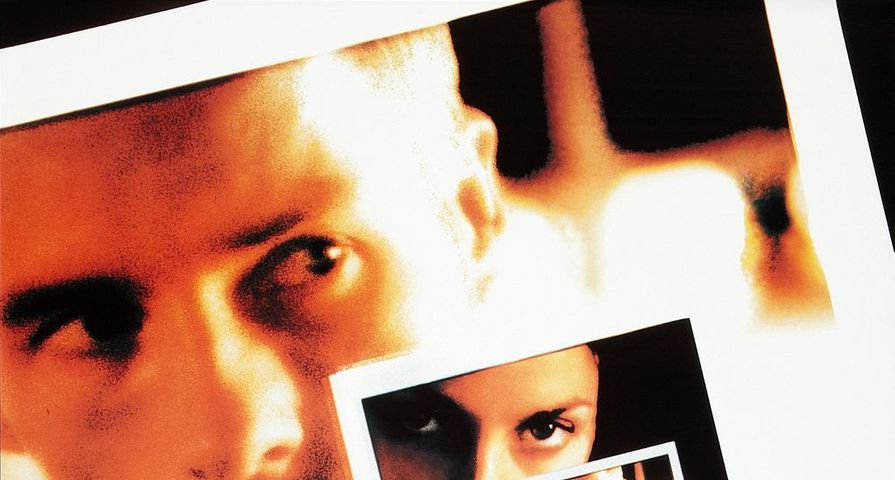 The “twist ending” has long been a Hollywood staple. Moviemakers lover to blow away their audiences with an unexpected and surprising plot turn that forces viewers to reassess everything they thought they knew about the story. While most great examples occur in a movie’s final moments, there are also several compelling twists which take place earlier in the story, sending it in a new and unpredictable direction. This approach is more commonly used in dramatic stories, while the straight-up twist ending is usually found in the thriller/horror genre.

This creepy 2009 horror/thriller divided audiences — some loved it, some didn’t. Even so, there’s no denying that the movie contains one of the most unsettling twists in recent movie history.

Orphan tells the story of a couple recovering from the recent loss of their infant daughter, and they decide to adopt an orphan girl to fill the void left in their lives by the tragedy. Soon after taking in the titular orphan, things take a dark turn and it’s soon clear that the couple has invited an unspeakably evil presence into their home.

The big twist? The orphan girl — who appears to be nine years old — is actually a grown woman with a rare growth disorder and a violent sexual appetite for the “daddies” who have previously adopted her. The twist comes as the movie moves into its third act, setting up an extremely creepy finale where the orphan girl attempts to seduce her adoptive father as her adoptive mother races home to reveal the truth.

Director Christopher Nolan’s Hollywood debut has gone on to earn a strong cult following. Memento centers on the efforts of Leonard, a man unable to form new memories, as he searches for the man who killed his wife and left him with anterograde amnesia. The story is famously told backwards, beginning with the ending and working its way back to the beginning. At the end of the movie (or the beginning of the story), it’s revealed that Leonard actually found the killer long ago, and has decided to keep forgetting that he’s already completed his mission. Instead, he continues to search over and over for the phantom murderer in a desperate ploy to give his life meaning.

This dystopian classic is set in a futuristic world largely run by the Soylent Corporation, which feeds the populace with delicious foodstuffs called “Soylent Green.” An inquisitive cop played by Charlton Heston begins to wonder exactly what it is that makes Soylent Green so tasty, and winds up a marked man as government agents hunt him down before he can solve the mystery. Heston’s ultimate discovery of what goes into Soylent Green leads to one of the most iconic twists in movie history: “Soylent Green is people!”

This Francis Ford Coppola thriller stars Gene Hackman as surveillance expert Harry Caul, who has been hired by “The Director” of a mysterious corporation to spy on a young couple. During his investigation, Caul begins to suspect that the couple has been marked for death, plunging him into a moral crisis fueled by his earlier work on a case that resulted in the brutal murder of several people. The twist comes after Caul tries and fails to stop the murder of the young couple…only to discover that the young couple was actually carrying out the murder of The Director. The new information puts a huge spin on a line of dialogue that’s been haunting Caul the entire movie: “He’d kill us if he had the chance.”

John Doe is murdering his way through New York, punishing offenders for committing the “seven deadly sins” laid out in the Bible. After crossing lust, sloth, greed, gluttony and pride off his list, Doe turns himself in to police…setting up an unforgettable finale.

The twist in The Crying Game comes about halfway through the movie, which doesn’t qualify it as a twist ending, but the scope of the unexpected reveal is so huge and shocking that no discussion of movies with great twists would be complete without mentioning it.

The Crying Game tells the story of an IRA operative who agrees to deliver a final message to a doomed prisoner’s girlfriend, Dil. The operative tracks Dil down, delivers the message, then falls in love with her. As their relationship deepens, the operative discovers that Dil isn’t actually a woman, but a male-to-female transsexual. Who saw that coming?!

Unquestionably one of the greatest horror movies of all time, Psycho is famous for its creepy setting of a remote motel and its equally creepy proprietor, Norman Bates, whose life is ruled by his overbearing mother. The story delves into nightmare-inducing territory when a police investigation into the disappearance of murdered motel guest Marion Crane reveals that Bates’ mother is actually nothing more than a rotten corpse. Bates himself takes on her persona, using it as a cover to murder the unfortunate young women who cross his path.

Co-written by Twilight Zone creator Rod Serling, one would expect nothing less than a great twist from this famous sci-fi flick from the late 60s. After crash-landing on a strange planet ruled by a highly evolved species of ape, the human survivors of an ill-fated space mission become enslaved by their simian overlords. Following a struggle to escape the apes, the surviving humans race toward safety only to discover the remnants of the Statue of Liberty littering a remote corner of the planet. The Planet of the Apes isn’t some faraway alien world…it was Earth all along!

Some critics have decried this twist as nothing more than a gimmick which doesn’t really make sense when retroactively applied to the earlier events of the story. Even so, there’s no denying the electrifying thrill this crime caper’s big twist has on a first-time viewer.

Five career criminals have been set up by Keyser Soze, a legendary underworld kingpin that the cops would love to catch…if only they had any idea who or where he is. After interrogating Verbal Kint, one of the five criminals set up by Soze, police detective Dave Kujan discovers a moment too late that Verbal is really Keyser Soze. Kujan races after Kint, but he’s too late. And like that — poof! — Keyser Soze is gone.

This “twist to end all twists” follows Bruce Willis in the role of a child psychologist who tries to help a young boy haunted by visions of dead people who don’t know they’re dead. As the boy’s supernatural visions become increasingly frightening, Willis’s efforts go into overdrive. He finally helps the boy confront and overcome his fears…only to learn in the movie’s final minutes that he himself is a ghost who doesn’t know he’s dead. The Sixth Sense received six Academy Award nominations, including Best Original Screenplay, Best Director and Best Picture, largely on the strength of its unforgettable climax.