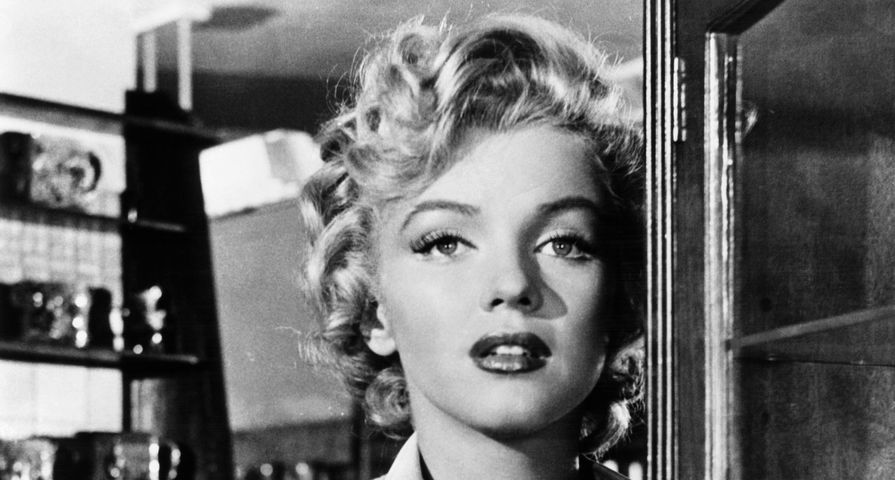 Marilyn Monroe is a Hollywood icon who has defined much of what modern Hollywood stars strive for today. She was the ultimate “blonde bombshell” with effortless sexiness but never strayed from class and grace in a way that has made her legendary long after her tragic passing. In the beginning, Monroe was simply added to films for her sex appeal, but as her star rose in the ’50s there was no denying there was true talent to match her incredible looks. Although she passed away in 1962 at only 36 years old, her memory has been cemented in the entertainment industry forever through her many iconic roles and films. Reminisce on some of Hollywood’s best years with the 12 most popular Marilyn Monroe roles ranked:

1954’s There’s No Business Like Show Business boasted a huge cast including Donald O’Connor, Ethel Merman, Johnnie Ray, Dan Dailey, Mitzi Gaynor and of course Marilyn Monroe. In the musical-comedy-drama, Monroe starred as Victoria Hoffman, and although she apparently wasn’t thrilled that she would have to test her singing and dancing skills against on-screen legends, it became one of her most notable roles. The role of Victoria Hoffman defined everything Hollywood wanted Monroe to be: innocent, yet also the sexy damsel, and while she knocked the role out of the park, it didn’t exactly test her talents.

1954’s River of No Return doesn’t hold up as well as some of Monroe’s other films, but it is infinitely clear that what shines bright in the film no matter how much time passes is the actress herself. The Western wasn’t necessarily the most famous of the ’50s and is littered with a large amount of sexism and racism which was common for that genre of film at the time; however, it is hard to tear yourself away from the complicated film solely because of Monroe’s performance. Monroe starred as dance hall singer Kay Weston and delivers one of her finest on-screen singing numbers with “File My Claim.” The actress’s role was spectacular but the lack of a great film around it lands River of No Return at number eleven.

The Asphalt Jungle was one of Monroe’s earlier roles so instead of a starring spot she had a minor supporting role in the 1950 noir. Despite her smaller part in the film, Monroe still managed to stand out as Angela Phinlay and it was right after this role, she went form a supporting actress to a box-office superstar. What makes this small role most popular among Monroe fans is how much she did with so little and as many have pointed out, the role would probably be forgettable if anyone else were in it, but Marilyn Monroe is simply someone who is not forgotten.

By 1956, Monroe was at the absolute peak of her career and while Bus Stop lands at number nine on this list, Monroe was so captivating, many believed she should have been nominated for an Oscar for her performance. In the film, the actress starred as Cherie, a small-town showgirl who falls in love with a cowboy named Beau. Prior to the film, Monroe had actually taken some time off to hone her skills at the Actor’s Studio, and her dedication to breaking away from the sexpot bimbo typecast is incredibly clear in Bus Stop. While Monroe was nothing short of spectacular, the film in its entirety left something to be desired, meaning there are much better Monroe performances and movies to get to.

8. How to Marry a Millionaire

The 1953 comedy How to Marry a Millionaire had the trifecta of ’50s stars with Monroe, Lauren Bacall and Betty Grable as three models who rent a New York penthouse in hopes of finding themselves rich husbands. While it wasn’t necessarily one of Monroe’s best comedies, How to Marry a Millionaire is a film that can be watched numerous times and the humor never grows old thanks in large part to the undeniable chemistry of the three stars and the wit that is hidden behind their gold-digger personas. The film is a perfect example of how Monroe was able to take her staple beautiful and sensual casting and turn the character into something so much more than that.

7. The Prince and the Showgirl

1957’s The Prince and the Showgirl proved to be one of Monroe’s toughest sets to work on as she was brought in to co-star with British theater icon Sir Laurence Olivier. During filming, the two were continuously at odds, and years later Olivier stated that Monroe should have stuck to modeling but the resulting film ended up being a fan-favorite and there is no doubt it wouldn’t have been the same without Monroe. The film itself did not perform overly well, but Monroe fans certainly consider it one of her best and most captivating performances of her career.

When The Seven Year Itch was in production, there was no way for writer-director Billy Wilder to know he was going to create one of the most iconic scenes in entertainment history. The 1955 film is indeed the one that created the infamous image of Monroe’s dress flying up over the subway grate. The iconic scene aside, Monroe’s character was actually disappointing for someone with such talent as once again the actress was used more of an object than a person and, in fact, is only credited as “The Girl” with her character’s name never mentioned. Despite being given little to work with, Monroe was still spectacular and her comedic grace shone through every aspect of the film which only made it better and solidified to her fans that she had true comedic talent.

1953’s Niagara holds quite the significance to Monroe’s career as it marked her first leading role after eighteen credits in supporting roles. Many fans preferred the actress’s work in film-noirs, and as Rose Loomis, Monroe was intoxicating. Niagara was completely devoid of any humor but Monroe was able to step into the heavy demands of her character and the drama of the film as someone who seduces men in an effort to escape her controlling husband. While it is clear that Monroe was cast for the film based on sex appeal alone, it is the emotion and expressiveness she brought to the complex character and storyline that actually drew fans in and it is easy to see why Niagara helped catapult Monroe’s fame in the early ’50s.

When looking back on Marilyn Monroe’s iconic career, many are tempted to disregard 1952’s Don’t Bother to Knock. The noir is overlooked because it is both a lesser known film and came right before Monroe’s jump to the top of Hollywood, meaning it was easy for the film to get lost in the shadow of her blockbusters that came after. For those who claimed she was all looks and no talent or could only act as the sex appeal for a film, Don’t Bother to Knock proves the exact opposite. In the film, Monroe played a mentally ill babysitter who unravels through a deep depression in a performance that is raw and stunning. While many of her roles took a decidedly blonde bombshell angle afterward, Don’t Bother to Knock could have easily segued Monroe into a dramatic actress, but it seems no one could get past her looks to take her seriously enough.

A year before her tragic death, The Misfits was released and still stands as one of Marilyn Monroe’s best. Along with other Hollywood heavyweights including Clark Gable and Montgomery Clift, Monroe starred in The Misfits as Roslyn Taber which was one of the few characters that aimed to explore all that Monroe had to offer. While there was no doubt she is beautiful, the film’s writer and Monroe’s then-husband, Arthur Miller, purposely wrote the film for Monroe to give her a more hearty and deep character to really show off her skills. The chemistry between the Hollywood heavy-hitters in the films also helped to elevate each other’s performances which left audiences in awe even before they knew it would be the last film for both Monroe and Gable. In comparison to all her other performances, what makes The Misfits stand out in Monroe’s career is the way in which the incredibly captivating and bubbly actress was able to embody and convey the weight of loneliness that her character felt. In fact, she was so convincing it was hard for fans not to compare it to her real-life due to her marriage with Miller breaking down as the film was in production.

Some Like It Hot is one Marilyn Monroe film that many describe as utterly perfect. While it is not Monroe’s best performance of her career, the film itself is unarguably the best she was ever a part of. Although the filming of 1959’s Some Like It Hot was nothing short of disastrous, somehow all the anger and drama never made it to the screen and instead it was complete Monroe magic as she portrayed Sugar Kane, a bandleader who gets swept up into the antics of two men posing as women in order to avoid the hit put out on them by a mob boss. Everything form the cinematography to the incredible chemistry between Monroe and her co-leads Tony Curtis and Jack Lemmon was incomparable in the world of movies at the time, and Monroe’s performance of “I Wanna Be Love By You” simply can’t be missed.

There are many who have tried to emulate Marilyn Monroe over the years and many of them looked to the 1953 classic Gentlemen Prefer Blondes as the epitome of everything the actress had to offer. Monroe is impossible to emulate, however, because while she was indeed gorgeous, there was something subtle and nuanced about her charisma and comedy that just can’t be replicated, and it was all on display in her iconic role as Lorelei Lee. Although some films seemed to suffer under the sheer weight of her legend, Gentlemen Prefer Blondes holds Monroe up and sparks with the electricity she brings to the screen. Truman Captoe explained what it was that was so alluring about Monroe on the big screen, saying, “What she has […] could never surface on the stage. It’s so fragile and subtle, it can only be caught by the camera.”