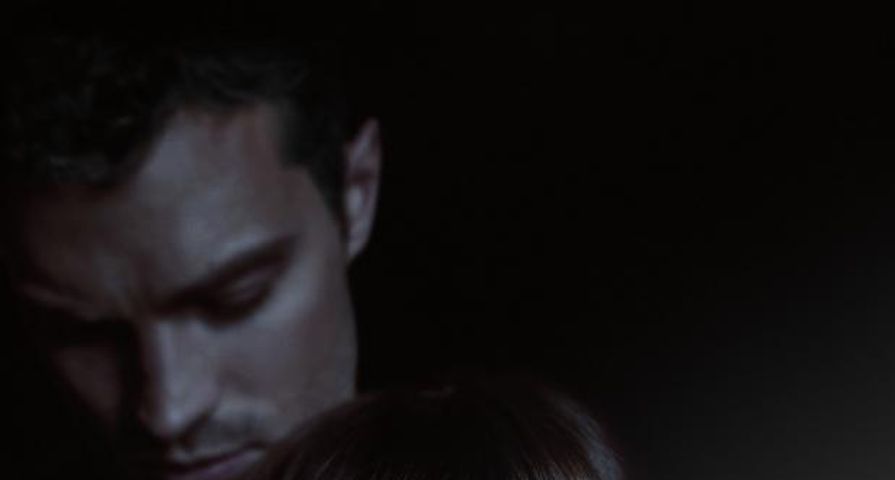 The 2015 film Fifty Shades of Grey was adapted from the E.L. James’ novel by the same name. Although the movie received unfavorable reviews, it was a box office hit, breaking numerous box office records and earning more than $571 million worldwide. The sequel was released on February 10, 2017, and one year later in 2018, the third installment of the franchise, Fifty Shades Darker, hit theatres. There’s been a lot going on behind the scenes of the Fifty Shades of Grey franchise, so here are 10 behind the scenes secrets:

E.L. James didn’t peddle the movie rights to the Fifty Shades of Grey trilogy until they were already an international phenomenon, so when they were suddenly available, movie studio wanted to adapt the trilogy, which gave James considerable bargaining power. In early 2012, a slew of studios including Sony, Warner Bros., Paramount, and Universal entered into an auction for the film rights for the trilogy. Universal and Focus Features eventually secured the screen rights reportedly because they assured James that the material in the books would be handled with care.

E.L. James had a surprising amount of creative control over Fifty Shades of Grey. Universal gave her control of everything from casting to the wardrobe to dialogue, which is quite unusual for a novelist, especially one who has never been through a movie shoot before. One of the big issues on set was that James didn’t understand that to adapt a book on-screen some things will need to change. As one source said, “You can’t just put the book on the screen.”

In the original screenplay, there were more sex scenes that were more explicit then what ended up in the final version. The film’s screenwriter, Kelly Marcel, along with one of the film’s producers, Dana Brunetti, wanted the movie to be NC-17, but Universal execs weren’t on board because the studio would only approve an R rated film. They ended up eliminating a number of sex scenes and made the remaining sex scenes less explicit so that they wouldn’t turn away a large portion of their audience, which is what would have happened if they had released an NC-17 film.

7. Conflict with the Director

Because E.L. James’ had so much creative control over the Fifty Shades of Grey adaption, there were many disputes between her and the film’s director, Sam Taylor-Johnson. James was so protective of the book and rejected even minor deviations. One their big conflicts had to do with sex scenes in the film. James wanted the sex to be more explicit while Taylor-Johnson pushed for a more subtle approach. Their biggest conflict was over the film’s ending. Taylor-Johnson wanted to end the movie with the safe word “red,” but James insisted that the final word be “stop.” Although most insiders involved in the project agreed that Taylor-Johnson’s ending was smarter, ultimately James got her way.

6. Actresses Who Could Have Been Anastasia

Emilia Clarke was offered the role of Anastasia but turned it down because of the nudity that was required. Shailene Woodley was one of E.L. James’ early favorites, according to The Hollywood Reporter, but her promotional schedule for Divergent conflicted with the Fifty Shades of Grey’s filming schedule. Felicity Jones was also considered, as was Ashley Olsen, Alicia Vikander, and Imogen Poots. Lucy Hale auditioned for the role too, but producers decided against casting her because she looked too young.

5. Actors Who Were Almost Christian Grey

Robert Pattinson was E.L. James’ first choice to play Christian Grey, but she ultimately felt that it would be too “weird” to cast him. Ryan Gosling was another actor who was considered but was not interested. Garrett Hedlund was in the running and was really close to nabbing the role, but he passed on it because he couldn’t connect with the character. Charlie Hunnam was the only other actor besides Jamie Dornan who was cast in the part, but he dropped out a few weeks before filming was set to begin because of scheduling issues.

Angelina Jolie was approached about directing Fifty Shades of Grey, but the conversation was really informal. When Entertainment Weekly asked Jolie about it, she said, “I came very clear out of the gate: after Blood and Honey, if I ever directed again, it would have to be a certain kind of film. You know, I’m looking forward to seeing what Sam [Taylor-Johnson] does with Fifty Shades and she’s amazing. I – I think they’re just … it’s funny, I think with directing, you just think: I’m better at telling some stories than others but um, who knows?”

After Fifty Shades of Grey became an international box office success, E.L. James demanded to write the screenplay for the film’s sequel, Fifty Shades Darker. While Universal had initially been resistant to the idea, they briefly entertained it but ended up hiring her husband, Niall Leonard, for the job instead. While he had no previous experience working on a major studio film, he did have experience writing scripts for television shows like Wild at Heart and Wire in the Blood.

According to the film’s screenwriter, Kelly Marcel, her original screenplay was different from the final product. The first draft was non-linear and considerably darker, but E.L. James rejected it and the two had to work together on the rewrite, which is how they ended up with a draft that was a compromise between the novel and Marcel’s first draft. Marcel also revealed that she never sat down and watched the film and doesn’t ever intend to. “I don’t see it out of any kind of bitterness or anger or anything like that. I just don’t feel like I can watch it without feeling some pain about how different it is to what I initially wrote,” she told The Telegraph. Marcel also said that she would not be returning for the film’s sequel, Fifty Shades Darker.

For Fifty Shades of Grey, Dakota Johnson and Jamie Dornan reportedly earned $250,000 plus tiered box-office bonuses, but no back-end compensation. Johnson and Dornan were interested in getting seven-figure raises for the sequels, but producer Dana Brunetti shut that down. According to Brunetti, he was hoping to stay close to the first movie’s $40 million budget for the sequels, which means no large salary increases for the stars. He also mentioned that with their newfound fame, they can leverage it to get paid more in future projects.