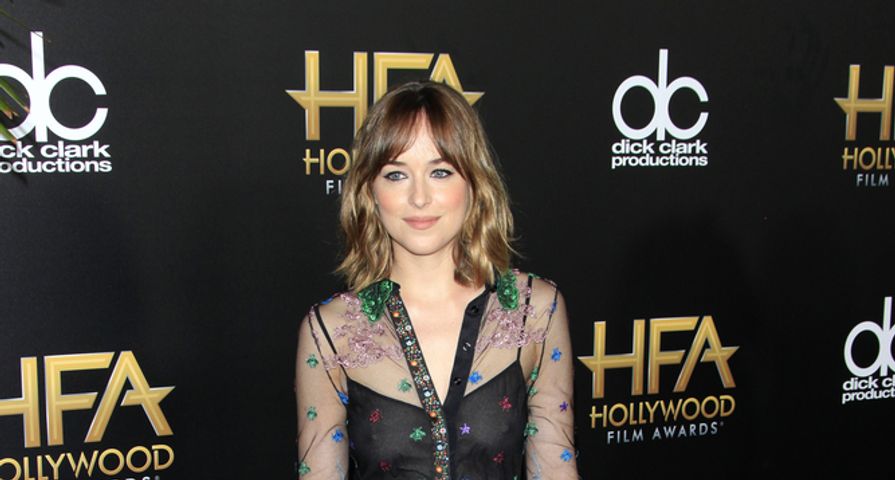 Dakota Johnson was born into show business. She comes from a family of actors and actresses and it seems only natural that she would become a star in her own right. Since her breakout role in 50 Shades of Grey, she’s become even more in-demand and her career is just beginning. The actress has a birthday coming up, so we have 9 things you didn’t know about the budding movie star:

Dakota Mayi Johnson was born in Austin, Texas, to Melanie Griffith, an Oscar-nominated actress, and Don Johnson, a Golden Globe-winning actor. Her maternal grandparents are actress Tippi Hedren, who starred in Alfred Hitchcock’s The Birds, and child actor Peter Griffith. Her stepfather was Antonio Banderas, but he and her mother divorced in 2015. She has six half siblings – four on her father’s side and two on her mother’s.

8. Born into the Business

According to Johnson, she grew up on film sets. “I think I spent my entire childhood on film sets, surrounded by film-makers and actors and people with magnetic energies who make movies,” she told The Telegraph. She was often taken in and out of school so that she could accompany her parent’s to their movie locations. Mornings were spent with a tutor and during the afternoon she would explore the cities that they were filming in and the museums there.

In 1999, she made her acting debut at the age of 10 in the movie Crazy in Alabama, alongside her mother and her half sister Stella. Her stepfather, Antonio Banderas, was the one who directed it. She played one of Griffith’s daughter in the film. Rather than continue with acting, however, she decided to pursue a career in modeling after a Teen Vogue shoot she did with other celebrity children.

The Fifty Shades of Grey star was chosen as Miss Golden Globe 2006. She was the first second generation Miss Golden Globe. Her mother, Melanie, had been chosen in 1975. “We are delighted to have Dakota Johnson uphold the family tradition and help us celebrate the 63rd Annual Golden Globe Awards,” the Hollywood Foreign Press announced back in November 2005. “The Hollywood Foreign Press Association’s Board of Directors was unanimous in the decision to select this enchanting second-generation performer.”

4. Longing for a Normal Life

She longs to live a normal life, mostly because she never got to experience that growing up with a family in show business. “The idea of being at home and picking up kids from school and cooking dinner and then the husband comes home–there’s something that seems really nice to me ’cause I never had that growing up. And it seems so enticing. But in my mind, I’m like, Well, I’ll just play that in a movie and go about my own life, bizarre as it is,” she told Marie Claire.

Sam Taylor-Johnson was interested in casting the second-generation star when she saw her in The Social Network. “She was a bit of a scene-stealer,” Taylor-Johnson said. “It was one of those little appearances where you think, I need more of that girl!” However, it was when she read a monologue from Persona, Ingmar Bergman’s 1966 psychological drama, which she read during her audition that sealed the deal. “She blew us out of the water,” Taylor-Johnson told Vogue. “She understood the nuance of that passage and how to play something delicately. Dakota has the ability to play so fragile and vulnerable, but with this underlying strength that makes you feel she is going to triumph.”

She hasn’t dated a lot because she typically gravitates towards long-term relationships. Some of the men she has dated include rock singer Matt Hitt, musician Noah Gersh and then the film actor Jordan Masterson, brother of That ‘70s Show actor Danny Masterson and Malcolm in the Middle actor Christopher Masterson. She’s currently single right now because she’s choosing to focus on her career instead of romance.

The How To Be Single actress has never taken an acting lesson and doesn’t plan to. She has always been interested in acting, probably because she grew up on sets watching her parents perform. “I always wanted to make movies,” she told Vogue. “It made sense. I watched my parents do it. I grew up on set; it was magical. There was no Plan B. It’s mostly instinctual. I don’t have a process.”