Home » Entertainment » Celebrities » Cast Of The Princess Diaries: How Much Are They Worth Now?

Cast Of The Princess Diaries: How Much Are They Worth Now? 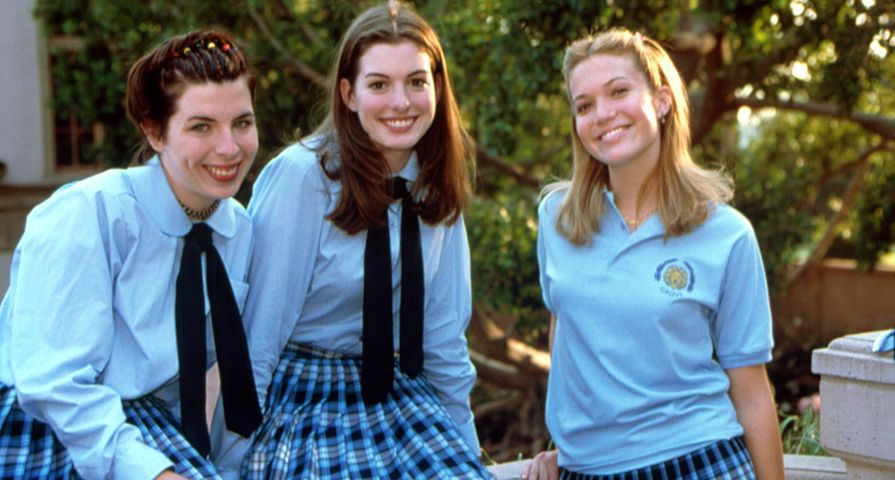 Back in 2001, Hollywood A-lister Anne Hathaway made her film debut in one of the best teen-comedies of the decade, The Princess Diaries. The film was a huge success with fans and ended up grossing $165.3 million worldwide and of course warranted a sequel three years later. The cast was full of both newcomers and full fledged stars, all of which are recognizable from their involvement in the movie. Now that it has been 15 years since the release, check out how much the cast of The Princess Diaries is worth now!

Estimated Net Worth: $25 Million. At this point in her career, many forget that fifteen years ago Sandra Oh was in fact in The Princess Diaries as Vice Principal Gupta. At the time, Oh was still getting her start in acting, and this film was one of her big breaks. She became more widely known for her roles in Double Happiness, Under the Tuscan Sun and Sideways, but she is of course best recognized for her longtime role as Cristina Yang on Grey’s Anatomy, which thanks to the reported $350 thousand she was making per episode helped her to a $25 million net worth. 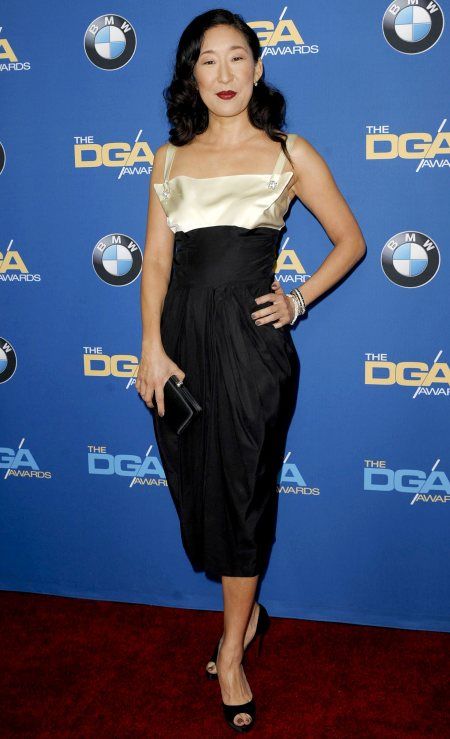 Estimated Net Worth: $800 Thousand. Actress Kathleen Marshall is perhaps best known for her role as Queen Clarisse’s assistant Charlotte Kutaway in The Princess Diaries. She has also been in many other notable romantic comedies, but in smaller roles such as Pretty Woman, Never Been Kissed, Runaway Bride, Raising Helen, Valentine’s Day and New Year’s Eve. All together she has earned an estimated net worth of $800 thousand. 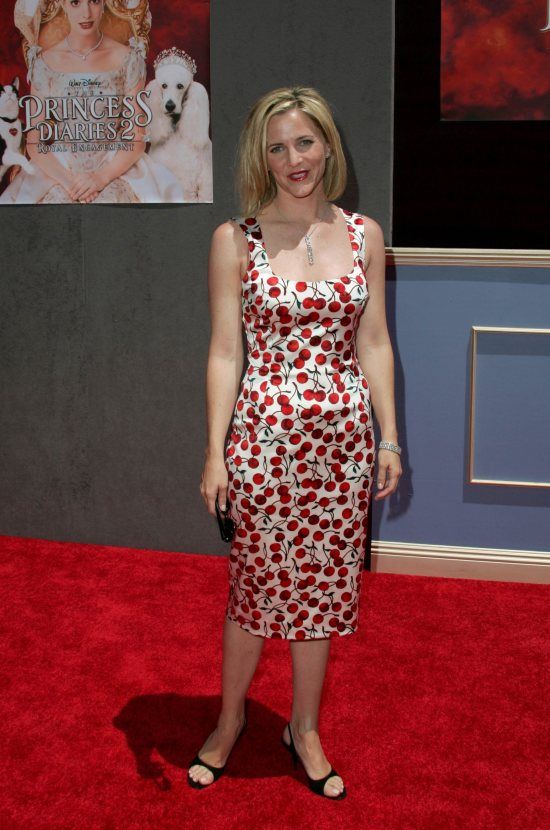 Estimated Net Worth: $10 Million. Mandy Moore was one of the biggest starlets of the late ’90s and early 2000s thanks to her successful music career which then gave way to success in acting, hitting it big with teen and young adult audiences. Her first big film role was in The Princess Diaries as “mean girl” Lana Thomas, but she solidified herself as a favorite actress in 2002’s A Walk to Remember. She then had continuous acting roles starring in How to Deal, Chasing Liberty, Saved!, Because I Said So and License to Wed while also appearing in shows like Entourage, Scrubs and Grey’s Anatomy and lending her voice to Rapunzel in the hit animated film Tangled. Through it all Mandy Moore now has a net worth of $10 million. 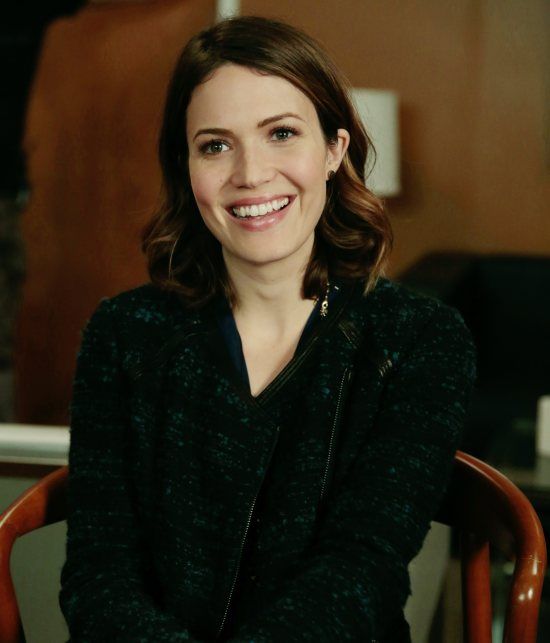 Estimated Net Worth: $1 Million. Sean O’Bryan has been working steadily since the ’90s and now has over 100 acting credits to his name, including as Mia’s teacher Patrick O’Connell in The Princess Diaries. Prior to the role he had been in many single episodes of several TV shows and went on to appear in other projects such as Raising Helen, Mission: Impossible III, Yes Man, Persons Unknown and Olympus Has Fallen. His steady work and increasingly bigger roles have earned O’Bryan an estimated net worth of $1 million. 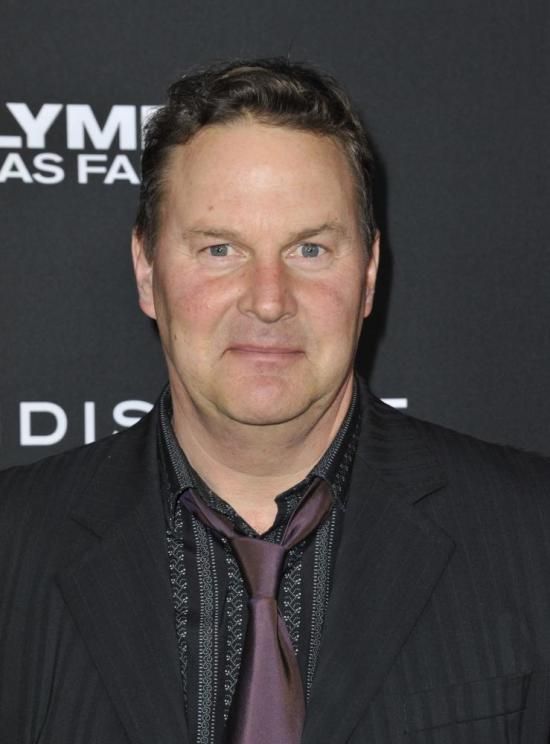 Estimated Net Worth: $800 Thousand. Actress Caroline Goodall played Mia’s mom Helen Thermopolis in The Princess Diaries in one of her most recognizable roles. Over the years, she has been in many films and series including Hook, Cliffhanger, Schindler’s List, Chasing Liberty and The White Queen, just to name a few. Goodall has amassed herself a net worth of $800 thousand through her various roles. 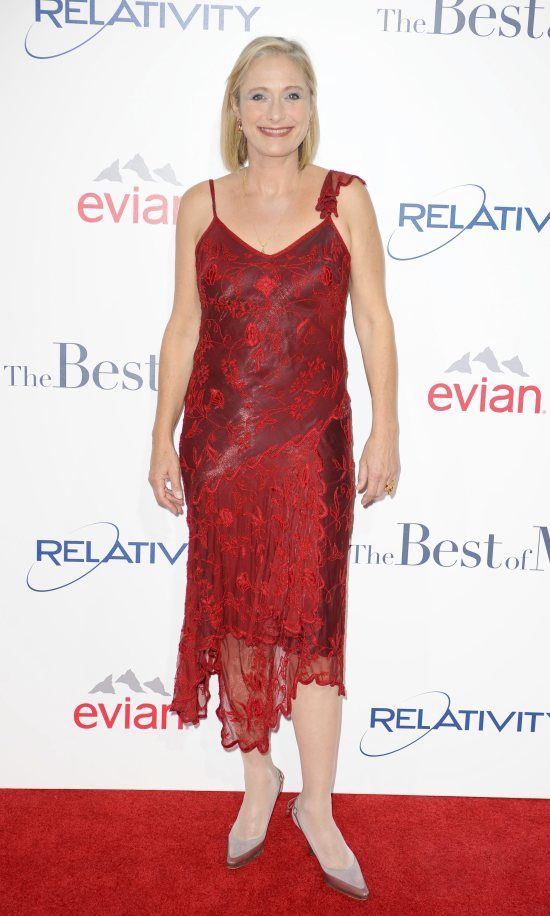 Estimated Net Worth: $1 Million. Patrick John Flueger’s very first acting role was as the adorable Jeremiah Hart in The Princess Diaries. He went on to appear in shows such as Judging Amy, CSI: Miami, JAG and Spin, but then became recognizable as a star of The 4400. Since then his roles have gotten bigger including a role in Brothers, Footloose, Chicago Fire and Chicago P.D. He has now earned himself a net worth of $1 million. 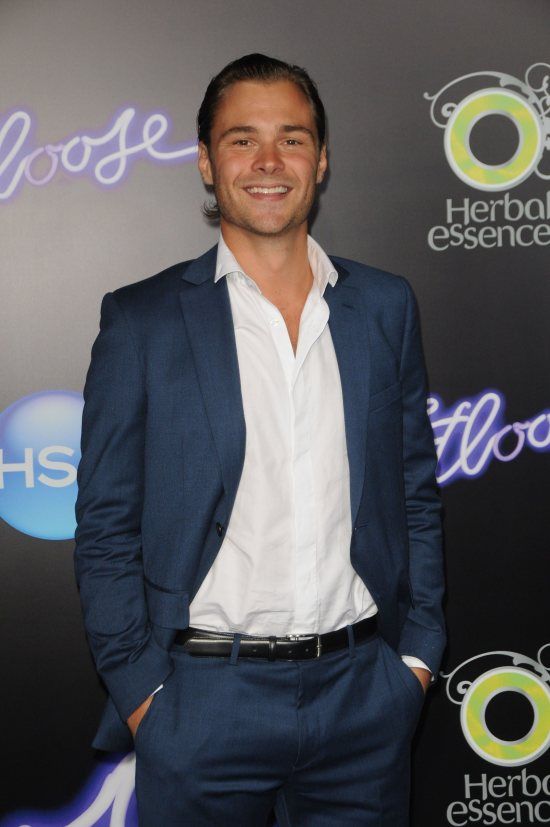 Estimated Net Worth: $2 Million. To a lot of people Erik von Detten is most recognizable as Josh Byrant in The Princess Diaries, but he is perhaps still best known for his voice work. He began his acting career in Days of Our Lives and also appeared in Leave It to Beaver, Odd Man Out, So Weird, Dinotopia, and Complete Savages, but over the years he has also been the voice behind Sid in all of the Toy Story films and has also lent his voice to the hit animated show Recess, as well as The Legend of Tarzan and Avatar: The Last Airbender. His continuous work has amassed von Detten a net worth of $2 million. 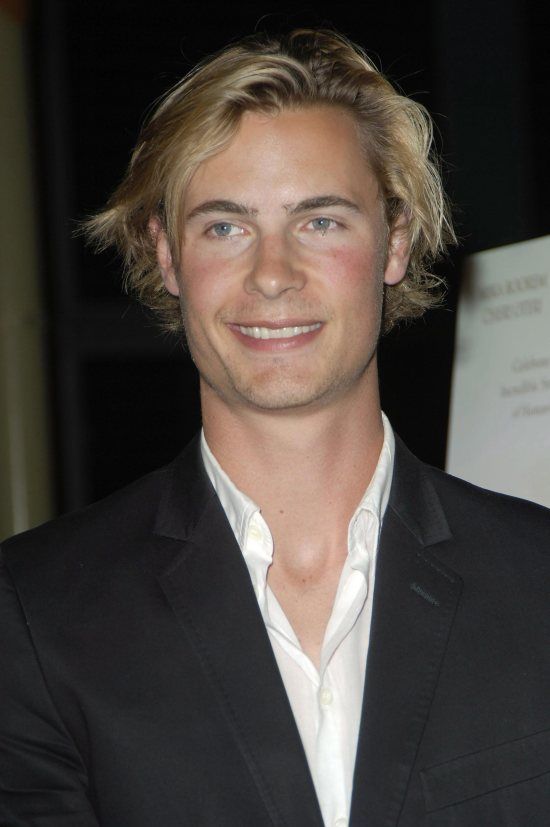 Estimated Net Worth: $1 Million. Robert Schwartzman has had a small acting career with only 10 credits to his name including his part as Michael Moscovitz in The Princess Diaries and as Paul Baldino in The Virgin Suicides. He is more widely known as a songwriter, singer and guitarist and the frontman for the band Rooney. He has written songs featured in several films and shows, including One Tree Hill, Chasing Liberty, Easy A, The O.C., and Bad Teacher, earning himself a net worth of $1 million. 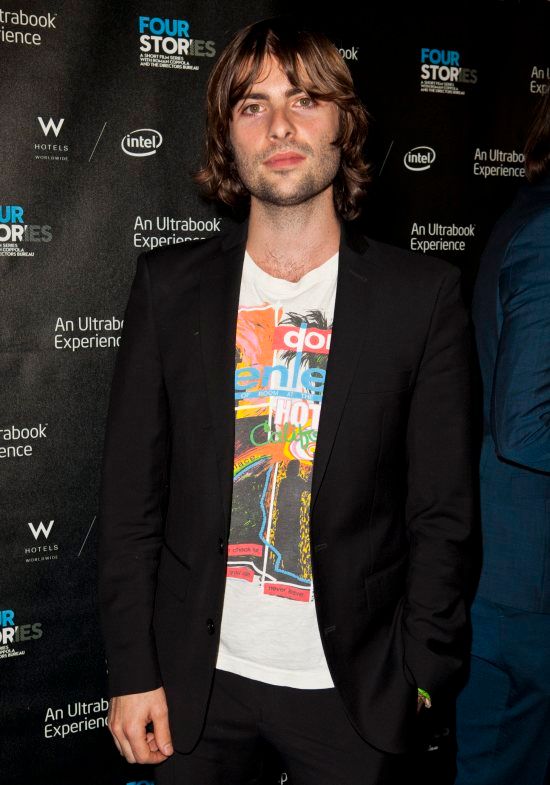 Estimated Net Worth: $750 Thousand. Heather Matarazzo began acting at only six years old and made her first TV appearance in The Adventures of Pete & Pete, and in her film debut starred as Dawn Wiener in Welcome to the Dollhouse. She then appeared in more TV shows and films including Roseanne, ER, The Devil’s Advocate, Scream 3, Now and Again and as Lilly Moscovitz in The Princess Diaries. She has since been in The L Word, Hostel: Part II, Exes & Ohs, and other small budget films. She now has a net worth of $750 thousand. 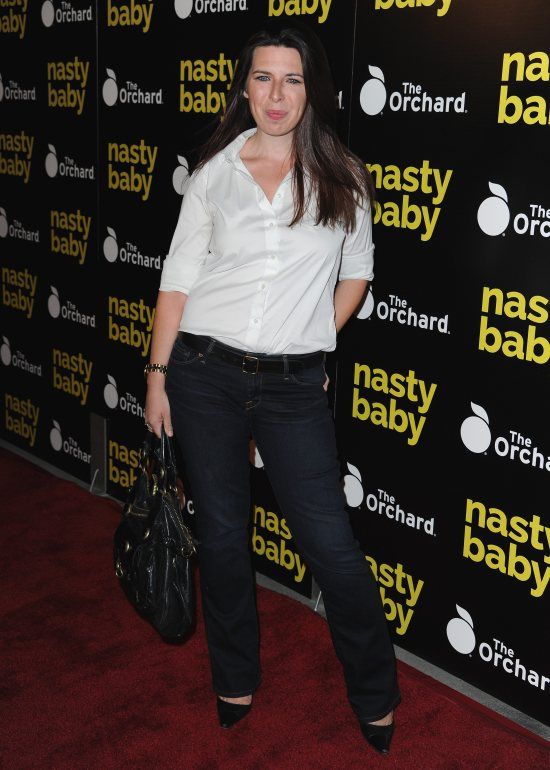 Estimated Net Worth: $3 Million. Hector Elizondo is one of those actors who just seems to be in everything, and with 151 acting credits, he has been in quite a bit. Elizondo began acting in the mid-’60s and hasn’t slowed down since. He is best known for his roles in various television series and in films such as Pretty Woman, Beverly Hills Cop III, Runaway Bride and The Princess Diaries. He has since appeared on Chicago Hope, Grey’s Anatomy and Last Man Standing and over the years has earned an estimated net worth of $3 million. 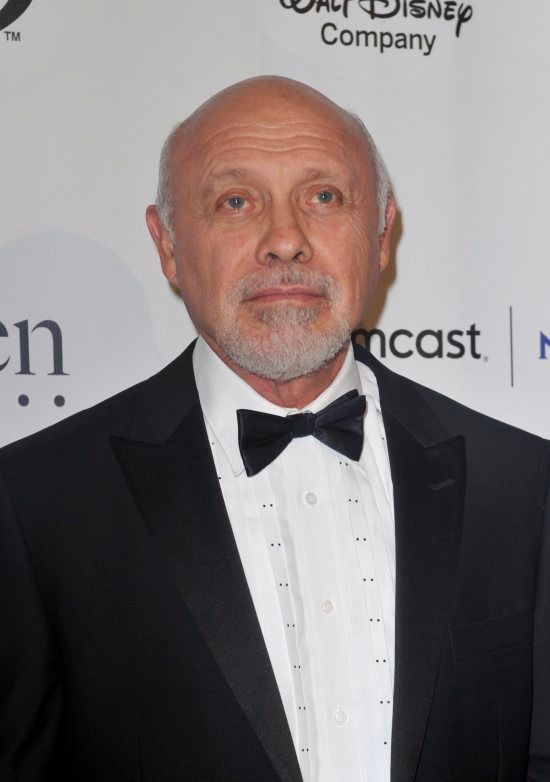 Estimated Net Worth: $45 Million. As Hollywood royalty it really wasn’t a stretch to believe the wonderful Julie Andrews as Queen Clarisse, the queen of Genovia in The Princess Diaries. Of course, as one of the industry’s most iconic actresses, Andrews has been in quite a few big name films starting with her breakthrough performances in Mary Poppins and The Sound of Music. Her notable voice has also been used for Shrek, Enchanted and Despicable Me. She may only have 45 acting credits to her name, but her career has spoken for itself with a net worth of $45 million. 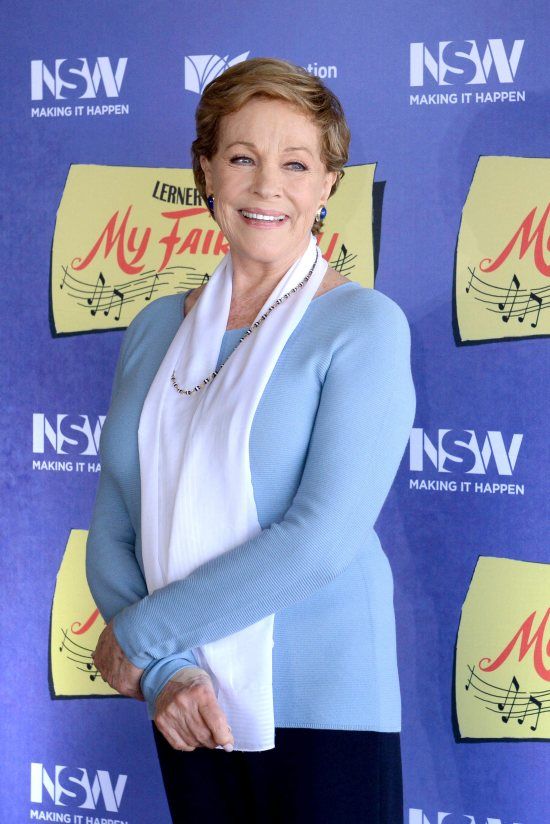 Estimated Net Worth: $35 Million. Back in 1999, a young Anne Hathaway began acting in the series Get Real, and in 2001 she made her acting debut in a big way as Mia Thermopolis in The Princess Diaries. From there she went on to star in Nicholas Nickleby, Ella Enchanted, The Princess Diaries 2, Brokeback Mountain, The Devil Wears Prada, Bride Wars, Alice in Wonderland, Love & Other Drugs, The Dark Knight Rises, Interstellar and so many more. While she hit a minor snag in her career a few years ago that hasn’t stopped her from shooting to the top of the A-list and in 15 years has gone from an up and coming star to a full fledged star with a net worth of $35 million. 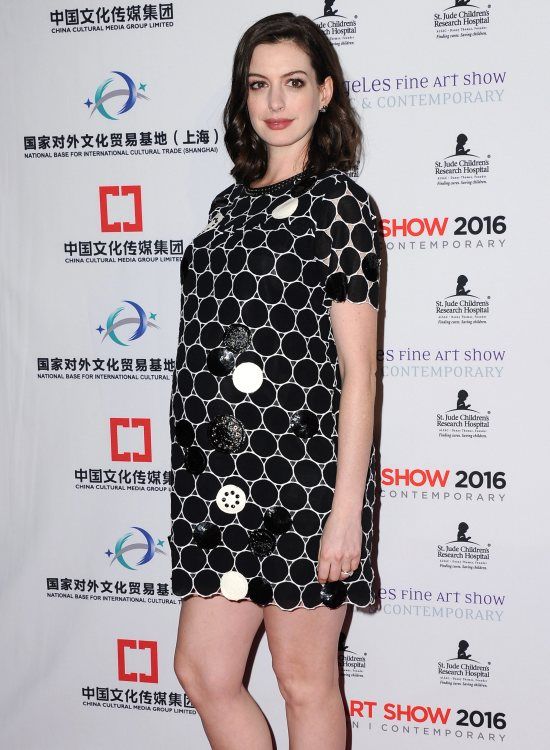