Home » Entertainment » Celebrities » Things You Might Not Know About Anne Hathaway 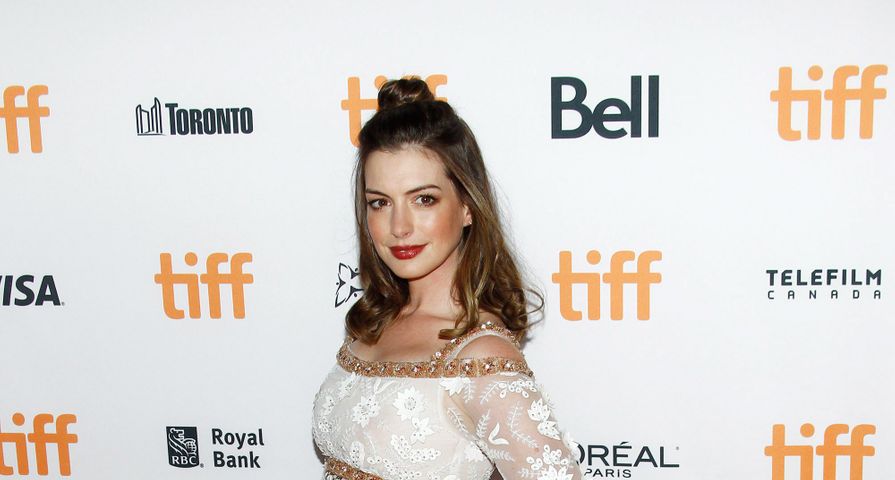 Anne Hathaway is one of those loveable stars in Hollywood who can do no harm. The actress and singer rose to fame through her role in the popular Disney film, The Princess Diaries, as Mia Thermopolis, but since then she’s become an A-list actress. Now into her thirties, Hathaway got her big break when she was only 19-years-old. In the span of her career she’s tackled many different roles in huge blockbuster films like Love & Other Drugs, Brokeback Mountain, The Devil Wears Prada, The Dark Knight Rises, Interstellar, The Intern and Les Miserables. She can truly do it all! Fresh into parenthood with her husband, Adam Shluman, Hathaway has proved she’s got a new outlook on life and we’re super excited to see what she tackles next! In honor of her upcoming 34th birthday, here’s a look at 10 things you probably didn’t know about this stunning actress!

Similar to many other incredibly talented actors in Hollywood, Hathaway got her acting chops from her mother, a former stage actress! She was the one who inspired Hathaway to become an actress. In fact, Anne Hathaway’s Oscar-winning role as Fantine in Les Miserables was once played by her own mother, Kate McCauley, who took on the role during the first U.S. tour of Les Miserables. Hathaway told The Hollywood Reporter that she sought out advice from her mother a lot when preparing for the role: “We just talked about the character. She told me a lot about her experience playing Fantine, which gave me even more confidence that it was in my blood, in my DNA, it was a family legacy. I think it allowed me to connect on a deeper level to the character, knowing how much it meant to her.”

9. Caught in a Riptide

Back in January 2014 it was reported that Anne Hathaway almost drowned while on vacation in Oahu, Hawaii with her husband, Adam Shulman. She was swimming in the ocean when she unexpectedly got caught in a riptide. She said she wasn’t drowning, buts she was stuck in a riptide and couldn’t get back to shore. “I got caught in a rip and I couldn’t get out. And I had been swimming for like 10 minutes. I wasn’t being pulled out out, I just couldn’t get in. It would have been really scary if I had been pulled out, but I was just kinda stuck about 400-500 yards out. I had been swimming and swimming and I’m like ‘OK. I’m just going to float for a second and hopefully rest’ and then, ‘OK, this isn’t working.'” At the time of the incident, Shulman was laying on the beach and he thought she was in trouble, so he ran out to save her which is why photographers thought she was in trouble. There are several photographs from the incident where Hathaway looks distressed, but she assures people she is a strong swimmer and was perfectly fine.

Hathaway’s role as Mia Thermopolis back in 2001 in the popular Disney film The Princess Diaries was definitely her “big break” in showbiz. She landed the gig in one single audition! Back then, the film was called The Princess of Tribeca, and she only stopped into the audition for the part because she had a layover in L.A. while on the way to New Zealand to film for the independent film, The Other Side of Heaven. She met with Gary Marshall and they hit it off right away! Hathaway said there was one moment during the audition where she fell off her chair by a mistake; it wasn’t intentional, but she’s pretty sure that got her the part of the clumsy princess: “I got really nervous and fell out of my chair, and I think that’s what he was most impressed with.”

As a child Anne Hathaway didn’t only dream of becoming an actress, she also wanted to become a nun. “When I was younger, I thought about becoming a nun for a while. You know how it is when you’re growing up and you’re going to be a lot of different things, but I actually wanted to be an actress before I wanted to be a nun. The nun was more of a sidebar thing.” This of course didn’t pan out, especially since she and her family ended up leaving their Catholic church and becoming Episcopalians when they found out their Church would condemn her brother Michael for being gay. “The whole family converted to Episcopalianism after my elder brother came out. Why should I support an organization that has a limited view of my beloved brother?” Unfortunately, that didn’t pan out either: “So I’m…nothing. F-ck it, I’m forming. I’m a work in progress,” she said.

In an interview with Elle, Hathaway revealed that each year when August 3rd rolls around she takes pause to thank the universe for sending her the part of Mia Thermopolis in The Princess Diaries! This is the role that started her entire career and created her life as a Hollywood actress. “August 3, 2001. That was the day that The Princess Diaries came out. Every August 3 for the past 10 years, I remember it and I give thanks to the universe, a big open-hearted thank you, because that was the day that dreams came true for me. There’s a lot of aspects to my life that are very real but also a lot that are very fairy tale. That was the day that my fairy tale started,” she said.

It’s been 15 years (say it with me) SHUT UP!!!!! To all the fans who have loved Mia, Louie, Lily, Joe, Michael and, of course, Queen Clarisse, thank you from the bottom of my heart! And to Garry Marshall, thank you for making me a princess. I love you always my beloved friend and teacher, and I miss you every day xx A video posted by Anne Hathaway (@annehathaway) on Aug 3, 2016 at 1:13pm PDT

Before Katherine Heigl stepped in to the part, Anne Hathaway was offered and turned down a starring role in the Judd Apatow comedy Knocked Up because she was uncomfortable with the birth scene. “My issue was that having not experienced motherhood myself, I didn’t know how I was [going to] feel on the other side about giving birth,” she said. “And by the way, I could pop a kid out and think, Oh, well, I really should have done that movie.” I guess now that she is a mother we should ask her that question!

Hathaway’s relationship prior to meeting her now husband, Adam Shulman, was a complicated one. They met through a mutual friend and started dating in 2004. At the time she wasn’t the Oscar-winning actress she is now, but she had still had a sizable career in films. She dated Italian real estate developer, Raffaello Follieri who was arrested in 2008 for numerous fraud and money laundering charges. Hathaway broke up with him 10 days before he was arrested. The break up was made extremely public to say the least and her name was slapped in headlines on every gossip magazine. He was eventually sentenced to four years behind bars in a U.S. prison and then deported back to Italy. Because of their close relationship, the FBI seized all of her personal diaries, but she was never charged with anything. When she learned his charitable foundation was under investigation for tax irregularities she also stepped down from her role as a board member. “I felt so foolish initially, and I expected everyone to judge me, but all I got from family members, friends and strangers — from every corner — was compassion. I found it so humbling, and it really got me through everything….Goodness, it was a bad relationship. It was an embarrassing break-up,” she said.

After landing the highly coveted role as Selina Kyle, also known as Catwoman, in The Dark Knight Rises, Hathaway revealed she unintentionally auditioned for the role of Catwoman! She went into the two-hour audition thinking she was up for the part of Harley Quinn and didn’t even know Catwoman was on the table. “I found out during a sit-down with Chris which was about a two hour meeting. I found out at the end of the first hour that it was going to be Selina Kyle, Catwoman, which surprised me, I didn’t think he was going to go there,” said Hathaway. The role which was formerly played by Michelle Pfeiffer intimidated her because she believed it was extremely ‘iconic.’ “I don’t know why, but I was so convinced that it wasn’t going to be her. I had another character in mind so when he told me I had to shift gears immediately,” she said in an interview with MTV. She beat out a lot of great actresses like Natalie Portman, Keira Knightley, Kate Mara, Jessica Biel and Blake Lively!

2. She Used to Smoke

One of the reasons Anne Hathaway is such a successful actress is because she fully immerses herself into each and every one of the roles she takes on. This is exactly what happened when she was filming for her Oscar-nominated role as a recovering addict in the 2008 movie Rachel Getting Married. Some people might be surprised to learn that she became a very heavy smoker and it’s something she’s struggled with for years. She was able to quit when filming ended, but it’s something she’s struggled with since. In an interview with the New York Times she said, “I’ve quit. I got hooked for a few years. I had a four-year break, and then actually when I was producing “Song One,” I started smoking again. It’s easy to romanticize it when you haven’t done it in a while, but it’s actually pretty disgusting.”

1. She Faked her Oscar Speech

For an actor or actress, winning an Academy Award is the highest level of achievement, but when Anne Hathaway finally won her first and only thus far Oscar Award for her supporting role in Les Miserables she caught a lot of flack for her demeanor during her acceptance speech. She later admitted that she did in fact “fake it” while standing on stage accepting her golden statue and that she wasn’t all that thrilled about winning the award. “I felt very uncomfortable. I kind of lost my mind doing that movie and it hadn’t come back yet. Then I had to stand up in front of people and feel something I don’t feel which is uncomplicated happiness,” she said in an interview with The Guardian. She felt guilty for celebrating the experience: “It’s an obvious thing, you win an Oscar and you’re supposed to be happy. I didn’t feel that way. I felt wrong that I was standing there in a gown that cost more than some people are going to see in their lifetime, and winning an award for portraying pain that still felt very much a part of our collective experience as human beings. I tried to pretend I was happy and got call out on it, big time.”