Things You Might Not Know About ‘She’s All That’ 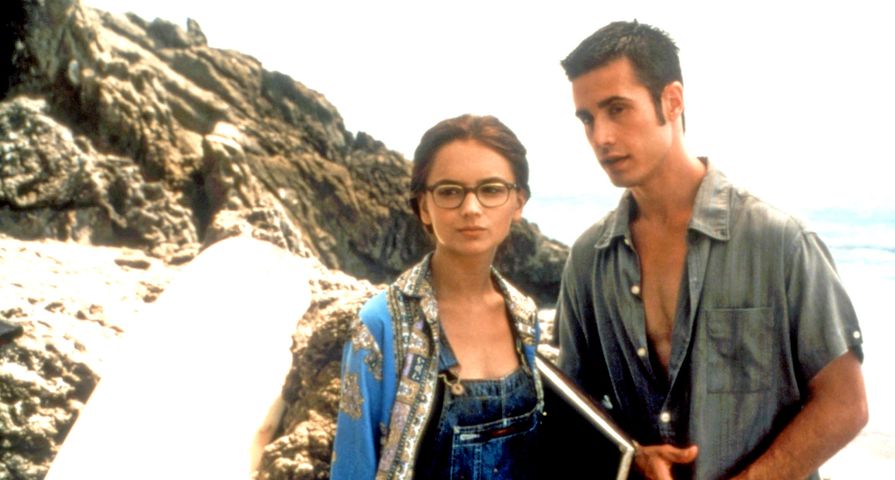 She’s All That may have come out in 1999, but it has never lost popularity or fame as one of the best and most iconic teen rom-coms of the ’90s. With rumors of a remake swirling around a lot in recent years and the fandom for the movie not dying down, it is never too late to learn the interesting facts about the film! Over the years, the cast and crew have spilled some secrets about She’s All That, leaving us with these things to know:

There is no doubt that the choreographed prom dance is one of the best yet cheesiest parts of the film, and as it turns out, it wasn’t even supposed to be in it. They ended up adding in the scene in order to make the movie just a few extra minutes longer. “That’s why we went back and shot more Usher stuff, like him saying, ‘Remember what I taught you in dance class’ or whatever. We went back and shot more scenes with Usher in Chicago, which was where he was doing an album, and intercut more.”

She’s All That was supposed to look a whole different until the film’s director, Robert Iscove, finally met Freddie Prinze Jr., who was cast as Zack Siler. “I finally met with Freddie for an audition. Harvey [Weinstein] was pushing so hard on Freddie after meeting with him and him being so charming,” Iscove revealed. “So, then my thing was to say, ‘OK, so the way Zack is written right now, how does Zack become worthy of Laney?’ Because he’s a jerk. Initially it’s these two guys making a bet, and they’re kind of misogynistic at the beginning. And Freddie’s charming. So all of the stuff about being accepted to every school and putting all the letters away and all the problems with his father and the performance art thing…those all came into the script after I had met Freddie.”

Without a doubt, Laney Boggs is a strange name for a main character, but it all has a secret meaning. “Laney Boggs” is a combination of names of characters that have been played by Winona Ryder: Kim Boggs in 1990’s Edward Scissorhands and Lelaina ‘Laney’ Pierce in 1994’s Reality Bites. They allegedly named Cook’s character as such because of her resemblance to Winona Ryder.

It seems Matthew Lillard’s hilarious yet egotistical character Brock Hudson came from real-life inspiration. The film’s screenwriter attended St. John’s School in Houston, Texas, with a guy named Brock Hudson who Lillard’s character was sort of modeled after, being described as “semi-douchey.”

Despite spending all of a minute or so in the pool, Matthew Lillard actually demanded a personal trainer to portray Brock Hudson. “He said he’ll do the movie but he needs a personal trainer. And we went, ‘Why?’ And he’s like, ‘Because I want to be buff if I’m going to be in the pool.’ And we went, ‘OK. You want to be buff, be buff.’ So he did. He spent two months with a trainer and then we did his Real World stuff in the beginning, which I shot on video actually, where the rest of the movie was on film.”

Over the years since the release of She’s All That, there has been some discrepancies about the writers of the film. R. Lee Fleming Jr. was credited as the sole screenwriter of the movie, but in 2002 M. Night Shyamalan came forward saying he had a hand in “polishing” up the screenplay, but in 2013, Shyamalan claimed that he actually ghost-wrote the film. In the end it was confirmed that Shyamalan and Fleming both contributed to the script, with Shyamalan doing an uncredited re-write that got the film green-lit.

At the time of filming, Freddie Prinze Jr. and Sarah Michelle Gellar were just in the beginning stages of their friendship, and they asked if she would do a cameo, but she was sort of weird about it. “She said she would come and do it, but she wouldn’t speak. She wouldn’t say any lines. OK, we don’t know why you wouldn’t say, ‘Thank you,’ or ‘No.’ But that was her thing and she did it. And to get Buffy in the movie was certainly a big deal, because at that point Buff was huge. Whether Freddie was starting to date Sarah at the time, I’m not sure. But I do think she was there because of Buffy pickups rather than Freddie now that I think about it. I know that he wanted to take his previous girlfriend to Hawaii and propose and she didn’t go. And that was the beginning of the end of that relationship,” Iscove added of the end of Freddie’s relationship and the soon-to-be romance between himself and Sarah Michelle Gellar.

Although the movie is centered around the transformation of Rachel Leigh Cook’s character into the beautiful “prom queen,” some have criticised the film for the fact that Cook isn’t ever ugly, even before the makeover. Iscove revealed, however, that the film wasn’t about her transformation from “ugly” to “pretty” but more from anti-social to “warmer.” “To me, that doesn’t make or break the movie. It’s like, ‘She’s such a beautiful girl, how can she be an ugly girl?’ It is what it is. It’s what we did. You either go along with it or you don’t go along with it. Times have changed a lot in Hollywood, but back when we did the movie, it was very much the Hollywood standard to cast a beautiful girl. It was going to be our Clark Kent moment. You’re never going to get the ugly ducking to really transform…certainly not back then. It was more the quality of the actor that we wanted to go for, someone who could have the range from being very standoffish and cerebral and in her head, and then open up and be warmer and interact with the people and be more than, ‘How beautiful.'”

With really no explanation, the film has a lot of ties and references to the popular ’90s group Hanson. Most notably, the two main characters Zack and Taylor are named after two members of the group. Meanwhile, Mackenzie and Jesse, who are two secondary characters, are the names of younger members of the Hanson family.