Home » Entertainment » Celebrities » Cast Of Melissa & Joey: How Much Are They Worth Now?

Cast Of Melissa & Joey: How Much Are They Worth Now? 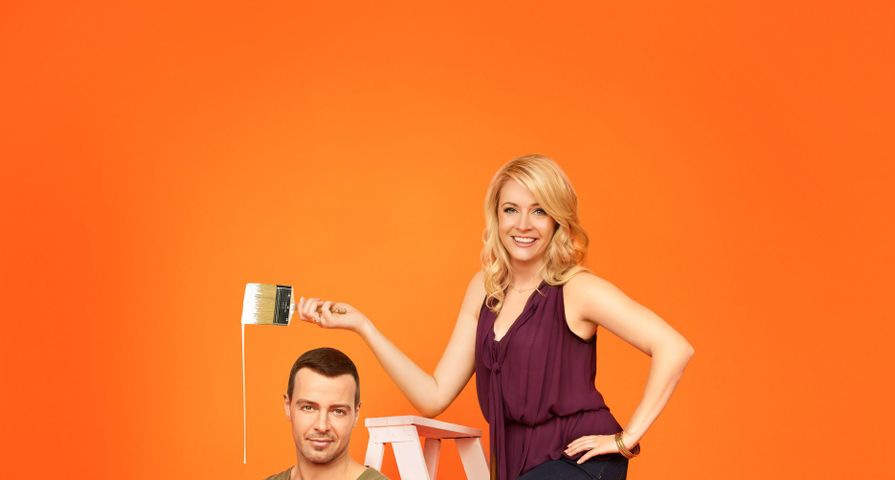 Melissa & Joey was an ABC family sitcom series starring the famed Sabrina, the Teenage Witch actress Melissa Joan Hart alongside former Blossom star, Joey Lawrence. The series was short lived for a sitcom as it only ran for four seasons from 2010 to 2015. The series followed a local politician who ends up taking in her niece and nephew after a scandal breaks out leaving them without parents. She hires a broke former commodities trader to look after them as the family’s “manny.” The show was hilarious and well received by viewers. Originally picked up for only 12 episodes, Melissa & Joey experienced great success and just kept getting renewed for more and more episodes! It hasn’t been that long since the show has been off the air, but we’ve decided to take a look back and find out how much the cast is worth now:

Estimated Net Worth: Unknown. Lucy might be best known for being the daughter of famed actors Danny DeVito and Rhea Perlman, but she’s got her own credits to fame as well! She has appeared in films like Sleepwalk with Me, Leaves of Grass, A Quiet Little Marriage, and Nobel Son. In terms of television, she’s currently holding a role on the series Deadbeat as Sue, but she’s also played a big role on Melissa & Joey for 5 seasons as Stephanie Krause! Lucy appeared on the series Dirt, Crumbs and played the role of Jenny on the ever popular, It’s Always Sunny in Philadelphia. She’s already 33-years-old, so it’s been taking a while for her career to really take off, but she’s still got a nice resume started. Her net worth is unknown because she hasn’t had many roles; however, with a family inheritance like the DeVito’s we are sure she’s doing just fine!

Estimated Net Worth: $2 million. Sterling is an actor and musician who got his start working on the Disney Channel series Sonny with a Chance. This was also his first and only album which had two hit singles. Since then Knight has starred in a few films like It Snows All the Time, Landmine Goes Click, Elle: A Modern Cinderella Tale and, of course, as Alex in 17 Again. In addition to Sonny with a Chance, he also held a main role on So Random! Knight had a recurring role on Hannah Montana, Melissa & Joey and The Hotwives of Orlando. He’s appeared on series like Hi-Jinks, The Closer, Out of Jimmy’s Head, Grey’s Anatomy, Crowded and voiced a character on Randy Cunningham: 9th Grade Ninja. Sterling Knight is only 27-years-old and he’s already worth an impressive $2 million!

Estimated Net Worth: $3 million. Nick Robinson leapt into stardom with his lead role as Zach Mitchell in the cult classic, Jurassic World. Since then he’s landed numerous other starring roles in films like The 5th Wave, Being Charlie and The Kings of Summer. He’s been quite involved in the theater world with productions like Lost in Yonkers, A Thousand Clowns, Mame, To Kill a Mocking Bird and A Christmas Carol. When it comes to television his resume is not as extensive, but he has held a series regular role on the sitcom Melissa & Joey as Ryder Scanlon and a recurring role as Rowland Smith on Boardwalk Empire. He’s only 21-years-old which means his career is only just beginning, but he’s already worth a whopping $3 million!

Estimated Net Worth: Unknown. This former model and now American actress is best known for her role as Mia McCormick on the soap opera, Days of Our Lives. Right off the heels of that job, she jumped into the series, Melissa & Joey as the niece Lennox Scanlon. Her resume is still quite small because she’s just starting out and trying to break away from the soap industry, but she’s getting there! She had roles in small films like 3 Day Test, The Contractor and Amityville: The Awakening. In addition to her main role on Melissa & Joey and Days of Our Lives, Spreitler currently holds a main role on the series Kevin Can Wait and has appeared on shows like Criminal Minds, Bones and Law & Order. Her net worth is largely unknown because she hasn’t held many well known roles, but she’s probably worth around $700 thousand.

Estimated Net Worth: $6 million. This actor is best known for his roles as a young actor on Blossom, Brotherly Love and Gimme a Break! Today he credited as an actor, singer and game show host. Lawrence started doing films right around the time he started out on television. He’s only had a few starring roles in projects like Urban Legends: Final Cut, Jumping Ship and Rest Stop, but he’s made appearances with small roles in many others. Lawrence did one episode appearances on shows like Touched by an Angel, Something Wilder, Almost Home, Empty Nest, Diff’rent Strokes and Silver Spoons. He’s held small recurring roles on American Dreams, Run of the House, Half & Half and The Emperor’s New School. And of course, his main roles on the series Melissa & Joey, Brotherly Love, Blossom and Gimme a Break! Lately, Joey has dived into some hosting gigs on competition shows like Splash, Celebrity Family Feud and Cupcake Wars. Even though he’s been acting since he was only 10-years-old, he’s not worth A LOT, but he’s still got a small fortune to lean back on with an estimated net worth of $6 million!

Estimated Net Worth: $14 million. Melissa Joan Hart is another actor on this list who is best known for her roles when she was younger on the sitcoms Clarissa Explains It All and Sabrina, the Teenage Witch. More recently, Hart co-starred and was the executive producer and director on the sitcom Melissa & Joey for all four seasons! Outside of her three main roles, she’s appeared on many series like The Mysteries of Laura, Law & Order, Just Shoot Me!, Boy Meets World, Clueless and That ’70s Show, just to name a few. Hart has done a lot of movies as well, many of which were made-for-TV projects or voice roles, but nonetheless she starred in the following: God’s Not Dead 2, My Fake Fiance, Nine Dead, Recess: School’s Out, Batman Beyond: Return of the Joker, Sabrina, Down Under, Drive Me Crazy, Twisted Desire, Sabrina the Teenage Witch, Silencing Mary and Sabrina Goes to Rome. She opened a candy shop in California, but it had to be shut down after only 6 years. She now has a fashion line called King of Harts with her husband which is doing quite well and she’s worth a whopping $14 million!