Home » Entertainment » Movies » Cast of Legally Blonde: Where Are They Now?

Cast of Legally Blonde: Where Are They Now? 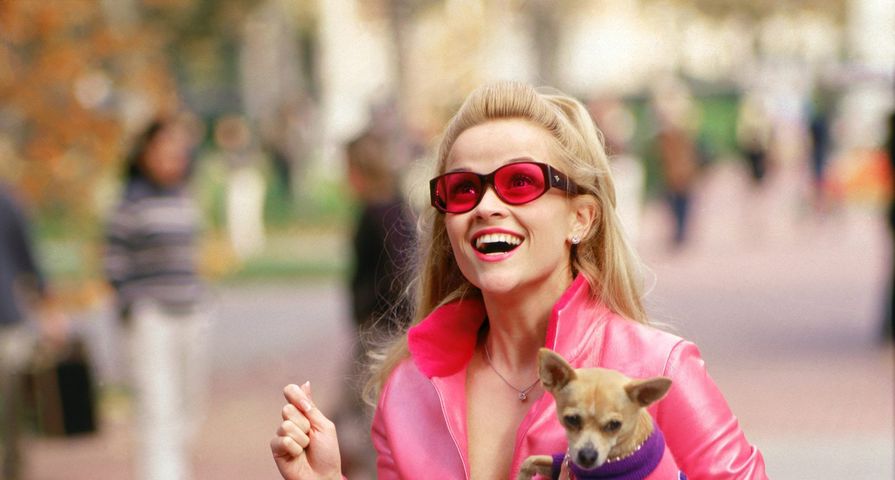 It has been 14 years since Elle Woods (Reese Witherspoon) brushed off her LA lifestyle to attend Harvard Law School in hopes of getting back her hunky, yet skeezy, boyfriend Warren (Matthew Davis). She taught every girl that you can be stylish, smart, and have great hair while kicking courtroom butt. Since then, there has been a sequel, Legally Blonde 2: Red, White, and Blonde, a musical, and a spinoff, Legally Blondes. So where is the cast that started the Elle Woods craze? Fame10 has the latest on what theses Hollywood stars have been doing since Elle won her first case through her knowledge of proper hair maintenance.

After being acquitted in Legally Blonde, Ali Larter became Tracy Strauss in Heroes and then played Crystal McGuire in the TV series Legends. In 2009, she married actor and writer Hayes MacArthur and they have two kids together. Her next project is playing Claire Redfield in the latest installment of Resident Evil: The Afterlife.

Well it looks like Chutney Vandermark (Linda Cardellini) made it out of jail and went on to play Nurse Samantha Taggart in ER and then homewrecker Sylvia Rosen in Mad Men and even got an Emmy nomination for her work. She also played Meg Rayburn in Netflix’s Bloodline.

Meredith Scott Lynn, also known as Enid who single headedly organized the Lesbians Against Drunk Driving march, is a soap opera star. She portrays Anne Milbauer on Days of Our Lives. She is also a good friend of Jennifer Aniston and gave Aniston money for her first headshots. Hopefully Aniston paid her back.

The ex-wife, Mrs. Windham Vandermark, with the icky brown hair (according to Elle) is famous actress Raquel Welch. Her poster hung in Tim Robbins’ cell in Shawshank Redemption. She has had four husbands and is currently separated from her current spouse Richard Palmer.

Bruce Thomas, otherwise known as that smoking hot UPS guy has been all the rage in the superhero flicks. This year he was in Justice League: Gods and Monsters Chronicles, and had roles in Beware the Batman and Son of Batman. He has also been doing the voices for video games such as Halo 4 and Gears of War: Judgement.

Oz Perkins (David Kidney) appeared in Alias, with former Legally Blonde cast mate Victor Garber in 2005. He was also in the latest Star Trek movie as an enterprise communications officer. Currently he is married and has two children.

The Delta Nu ditzy cheerleader Serena has been busy since filming Legally Blonde. The 40-year-old actress has been involved in several TV shows including NCIS, Girlfriends’ Guide to Divorce, See Dad Run, Pound Puppies and Californication. She also did a one woman show off-Broadway called Patriotic Bitch.

One of Elle’s best gal pals and biggest fan Jessical Cauffiel (Margot) went on to be Milan in The Drew Carey Show, and then played Tatiana in My Name is Earl. She is also a documentary film producer and completed The Original Mind in 2011. Cauffiel and Delta Nu bestie Alanna Ubach (Serena) were also writing partners.

The clutzy nail salon employee who found her happily ever after with the cute UPS guy, is currently playing Russian entrepreneur Sophie Kachinsky in 2 Broke Girls. She also made an appearance as Whitney Pierce in Glee. Coolidge may be wondering if she’ll ever find her UPS guy as she has never been married and there are no leads on who she is dating.

The Canadian born actor is playing Dr. Martin Stein in the TV series The Flash. His film credits are mainly on the small screen as he portrayed Simon Stern in Power and was featured as Kip Wallice in Web Therapy. Former Legally Blonde co-star Selma Blair also appeared in the same show. In 2005, he officiated Jennifer Garner and Ben Affleck’s wedding…and everyone knows how that ended.

Elle’s former boyfriend stayed in the acting biz after filming Legally Blonde (since he didn’t make it as a lawyer after graduating from Harvard) and was recently Alaric Saltzman in The Vampire Diaries. He also played Jeff Sefton in the series Cult. It looks like the 37-year-old actor still hasn’t found a replacement for Elle as he is currently unmarried.

Recently, Blair appeared as therapist Kate Wales in Charlie Sheen’s new sitcom Anger Management. She found it impossible to work with Sheen, claiming that he was constantly late and unprofessional (which is not hard to believe). After she was let go, she was casted as Kris Jenner in American Crime Story, a TV series that looks at America’s most infamous crimes.

The adorable husband of Elle Woods, Luke Wilson, will be releasing his latest movie Meadowland co-starring Olivia Wilde and Kate Moss. The film follows Phil (Wilson) and Sarah (Wilde) as they deal with tragic loss. Last year, Wilson broke up with long term girlfriend, former basketball player Meg Simpson, but rumor has it they might be getting back together…

While filming Legally Blonde, Reese Witherspoon was married to the crazy hot Ryan Phillippe, but they divorced in 2008. While wearing a pink gown (just like Elle), she married talent agent Jim Roth and they have one child together, in addition to Witherspoon’s two children with Phillippe. Witherspoon’s latest film Hot Pursuit was released this year where she plays straight-laced cop Cooper who is protecting the widow of a drug lord (Sofia Vergara). Since Legally Blonde, Witherspoon has also won an Academy Award for playing June Carter in Walk the Line (2005).