Home » Entertainment » Movies » Things You Might Not Know About ‘Legally Blonde’ 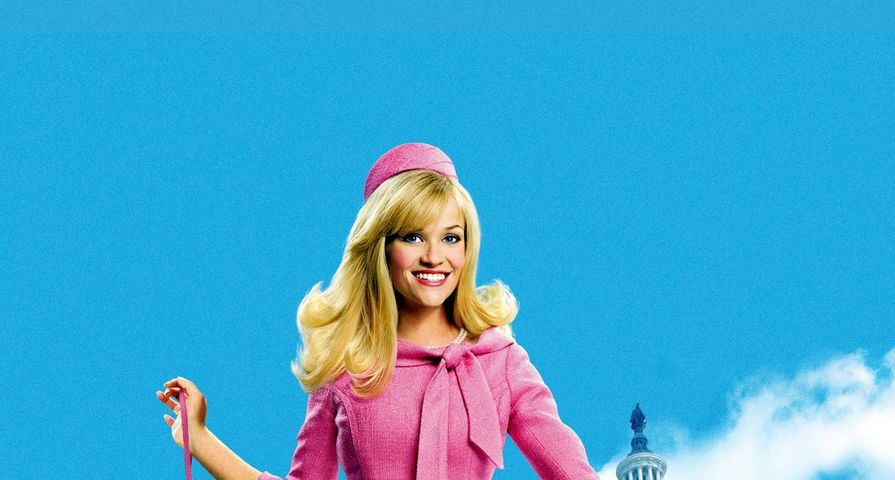 When Legally Blonde was released in July of 2001, it became an instant classic. Reese Witherspoon, who was just 24 at the time, starred as Elle Woods, the unlikely feminist hero who enrolled in Harvard Law School to prove she was smart enough to be wife material for her boyfriend Warner, only to realize she was actually a good lawyer and could do better in the love department. Here are 10 things you didn’t know about the fun and adorable comedy:

The movie Legally Blonde, written by Karen McCullah and Kirsten “Kiwi” Smith, is based on the novel of the same name by Amanda Brown, which was first published in July of 2001 — strangely, the same time the movie came out. (Another edition of the book was published in 2003.) Usually there’s some lag time between a book release and a movie release — we often see a book become popular before we even hear about a movie in the works — but sometimes production companies and studios will option the rights to books before the books even come out so that they can get working on the movie adaptation right away (people even work as “book scouts,” letting companies know what hot books are about to be published). The movie is a pretty faithful adaptation, but you’ll notice some changes between the book and the movie.

Originally, Elle Woods was going to attend law school at Stanford University, where book author Amanda Brown went. (It also makes sense since Elle starts off the story at a college in Southern California, and Stanford isn’t that far away, in Northern California). But Stanford wouldn’t approve of its name being used in the script (this is why we often see fictional universities in TV shows and movies — when a school is fake, nobody needs to get authorization). The producers then tried the University of Chicago, but that school also turned down the chance to be Elle’s alma mater because it didn’t like that a professor made sexual advances toward a student. Eventually, Harvard Law School became the choice.

8. It was adapted into a musical

In 2007, Legally Blonde was turned into a musical that premiered at the Golden Gate Theater in San Francisco, California. It’s actually based on the book by Amanda Brown and not based on the movie; the music and lyrics were written by Laurence O’Keefe and Nell Benjamin and the book was written by Heather Hach. The production moved to Broadway in April of 2007, earning mostly positive reviews and plenty of cash. It was nominated for seven Tony Awards and ten Drama Desk Awards, but didn’t win any. A recording of the musical aired on MTV in October 2007. Legally Blonde the musical moved to London’s West End in January 2010, where it was nominated for five Laurence Olivier Awards (it won three, including Best New Musical).

7. The musical spawned a reality show

After the musical of Legally Blonde aired on MTV in 2007, the cable network launched a reality show called Legally Blonde – The Musical: The Search for Elle Woods, in which viewers got to see the audition process of finding the next actress to play Elle on Broadway. Over the course of nine episodes, fifteen contestants were narrowed down to one: the winner was Bailey Hanks, who starred as Elle for just three months, starting in July of 2008 and ending that October, when the production closed. Two other finalists on the show, Rhiannon Hansen and Lauren Zakrin, ending up performing as part of the national tour of Legally Blonde The Musical.

To get into character, Reese  recalled her own college days at Stanford University (she went there for one year and was an English Literature major before she dropped out to pursue acting full-time) and even hung out with some sorority girls at USC. “It was great,” she said in an interview with About.com. “I went and visited with sororities at USC to do some research on this role. It was great getting the rhythm of their speech, the way they talked, the words they used, and it was so helpful. Anytime there were spaces in the movie where we were just hanging out and being girlie, it just helped so much to know what they were like and what they’d do.”

Legally Blonde is one of many comedy films that spawned a lesser sequel. Legally Blonde 2: Red White and Blonde was released in 2003, two years after the original film. Reese Witherspoon returned to reprise her role as Elle, who goes to Washington D.C. in an effort to outlaw animal testing. The rest of the cast included Luke Wilson, Sally Field, Regina King, Bruce McGill, and Bob Newhart — but even though Reese was as irresistible as ever, the film got mostly bad reviews; in 2006, Entertainment Weekly even ranked it as one of the Top 25 Worst Sequels Ever Made. Richard Roeper called Reese “charming,” but Andrew Sarris of The New York Observer wrote, “May be the worst film I have ever seen with an actress I have previously adored.” Ouch! But with a 38% on Rotten Tomatoes, the movie was much better reviewed that Reese’s road trip comedy Hot Pursuit (which earned just 8%).

4. Reese accepted the role as part of a strategy

Before she starred in Legally Blonde, Reese had won acclaim with strong performances in interesting films like Pleasantville and Election. She decided to do Legally Blonde, a mainstream studio comedy, for some very specific reasons: “I thought the premise was terrific,” she said in an interview with Cinema.com. “It reminded of classic comedies like Private Benjamin (1980) and Working Girl (1988), which shows how blonde women who are perceived to be unintelligent and uninteresting can transform themselves and their situation.” She continued: “I also wanted to make a film that had a chance of having broader box-office appeal because a lot of the moves I’ve made in the past have been kind of art house or simply didn’t catch on at theaters. It’s important to be able to reach a larger audience because that’s the only way you’re going to be able to have the kind of recognition that enables you to win a lot more of the roles that you go up for. There’s a lot of competition in this business, and if you don’t have any bankability, it’s hard for directors to cast you if the studio tells them that you’re not box-office material.” Clearly, Reese’s decision has paid off!

3. Tori Spelling and Chloe Sevigny could have been in it

Tori Spelling was considered for the main role of Elle Woods – could you imagine how much different the movie would have been with her at the center? Chloe Sevigny also turned down the part of Vivian, the girlfriend of Warner (played so memorably by Selma Blair), so that she could do an off-Broadway play instead. “I guess I didn’t realize the full potential of Legally Blonde at the time, but now I love those films,” she said later in an interview in The Advocate. “They’re hilarious.”

In the beginning of the movie, when we see Elle painting her nails, a nearby notebook has the logo for Alloy.com prominently displayed. Remember that clothing company? Back in the late ’90s and early 2000s, it was one of the best places to get flare jeans. At another point in the film, when Elle is talking with some friends on campus, you can see a girl in the background wearing a blue tank top with an orange Alloy.com logo. We get it, Alloy! You want to be as cool as Delia’s! (Remember Delia’s? Oh man. Save our past selves from all the graphic baby tees.)

1. Elle was named after the magazine

When Amanda Brown was writing the book Legally Blonde, she was attending Stanford Law School and felt like she didn’t fit in, since she was the kind person who read Elle magazine while her classmates were much nerdier. She used to write letters to her friends back home about her experience, and ended up coming up with the story of Legally Blonde and naming her main character Elle because of it. When Amanda sent her manuscript to a book agent, she wrote it on pink paper, and this actually made it pique the agent’s interest. We also now know where the inspiration for the scented resume scene must have come from!