Home » Entertainment » Celebrities » Cast of Hocus Pocus: How Much Are They Worth Now?

Cast of Hocus Pocus: How Much Are They Worth Now? 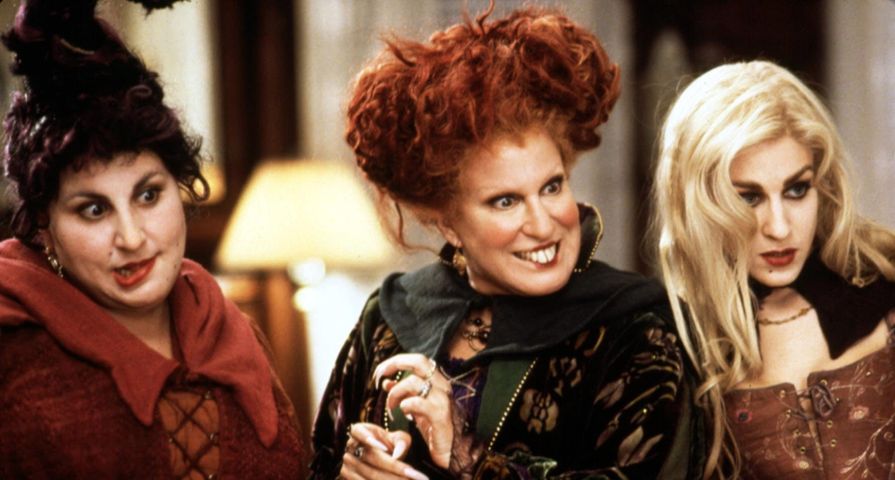 While Hocus Pocus was initially met harsh criticism, it soon became a cult classic. Now more than 20 years later, it’s often rumored to be welcoming a sequel, but Bette Midler squashed those dreams in 2015. That said, it is Disney and it is Hollywood, so don’t be surprised if this movie gets a revamp. It’s now 25 years later and the stars of Hocus Pocus have branched off onto several different career paths, earning them a wide variety of net worths. So how much is the cast of Hocus Pocus worth now?

Estimated Net Worth: $230 Million. Undoubtedly the “star” of the movie at the time, Bette has now made a career for herself as an American singer, songwriter, actress, comedian, and film producer. After Hocus Pocus, Bette began hosting an annual Halloween costume party called “Hulaween” (the name is a nod to her Hawaiian roots) to benefit the New York Restoration Project. Bette Midler has also revived her beloved Winifred character in her 2015 Divine Intervention Tour.

Estimated Net Worth: $90 Million. Sarah Jessica Parker was at what seemed to be the peak of her career when she was cast in a string of movies in the ’80s and ’90s. Her role in Hocus Pocus was that of Sarah Sanderson, the ditzy blonde of the witch sisters. In 1998 Sarah Jessica then was cast in the lead role of Carrie in Sex and the City, a  role that took her to completely new heights and paychecks. The show ran until 2004, and afterwards had two big screen movies. While her career hasn’t hit many high notes since Sex and the City, she still has a really high net worth.

Estimated Net Worth: $4 Million. Kathy Najimy is an actress and comedian who began her career in the ’80s but rose to fame in the ’90s with her role in Sister Act alongside Whoopi Goldberg. Audiences loved her comedic style, which made her the perfect person to play the third Sanderson sister, Mary Sanderson. While Kathy didn’t continue onto a heavy hitting career like Sarah Jessica and Bette did, she still managed to make her career a long term one, steadily making guest appearances on television shows and smaller movie roles.

Estimated Net Worth: $1 Million. Omri Katz began his career on the soap opera Dallas in 1983, then went onto some other roles, but not many. He returned to the small screen to reprise his role as John Ross Ewing III in 1996 in the movie spinoff, Dallas: J.R. Returns. The former teen star is now 40-years-old, but still carries a net worth of $1 million, which is impressive.

Estimated Net Worth: $8 Million. Thora Birch played Max’s little sister, Dani, in Hocus Pocus. Just a child at the time, she went onto many more movie and television roles, even earning herself a long list of award nominations and wins, most notably for her role as Jane in American Beauty. Now 35-years-old, Thora has proven that child stars can have long consistent careers in Hollywood.

Estimated Net Worth: $500 Thousand. Vinessa Shaw played Max Dennison’s love interest, Allison, in Hocus Pocus. A teenager at the time, Vinessa went onto small roles for the next 20 years. While she never rose to huge success, she’s still working in the industry with roles in Eyes Wide Shut, 40 Days and 40 Nights, The Hills Have Eyes, Side Effects, CSI:NY and many more.

Estimated Net Worth: $8 Million. Sean Murray got his career kick off by playing Thackery Binx, a 1693 boy who fails to save his sister from death at the hands of the Sanderson sisters in Hocus Pocus. Since Hocus Pocus, Sean has gone onto roles in JAG and NCIS . He still appears in NCIS as Timothy McGee, which is his most notable role. That has most likely contributed the most to his income, leaving him with a net worth of $8 million.

Estimated Net Worth: $700 Thousand. Jason Marsden is a live-action and voice actor and has been doing numerous roles since the 1980s when he began his career on General Hospital as a child star. In recent years, he’s done a lot of voice work in shows like The Garfield Show,  Superman: The Animated Series and The Legend of Korra. He’s doing pretty well for himself! He’s worth an estimated $700,000!

Estimated Net Worth: $500 Thousand. Actor Doug Jones is no stranger to make-up, prosthetic props and costumes, as much of his career he’s done up in such ways. He’s appeared in films like Hellboy, Men in Black II, Fantastic Four: Rise of the Silver Surfer, and The Watch, just to name a few. All these television, internet, short films and big screen roles, while small and often unrecognizable, he has earned himself a net income of half a million dollars.