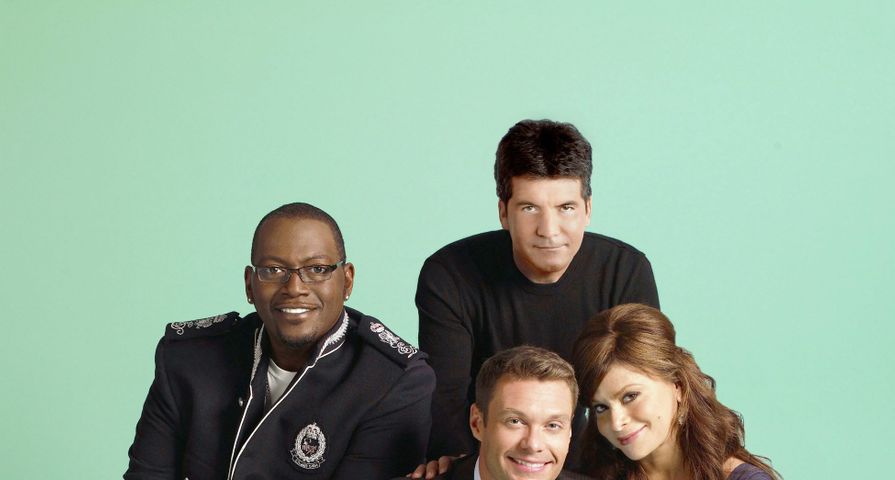 Fox’s American Idol was a hugely popular singing competition show which began back in 2002 and ran for 15 seasons until 2016. Based off the U.K. series Pop Idol, American Idol set out to discover unsigned singing talent from all over America, and allowed viewers to vote for who they thought should win. Unsurprisingly, it quickly became one of the most successful shows in American TV history and paved the way for shows like America’s Got Talent and The Voice. Since the show is being revived and returning for a 16th season in 2018, here’s a look at 12 behind the scenes secrets!

According to Mike Darnell, who was the former president of Fox’s alternative programming, Ryan Seacrest nearly blew off the chance at co-hosting, and later hosting American Idol. Back in the day, Seacrest’s dad was his manager and the one responsible for turning down the opportunity. At the time, Seacrest was working in radio hosting the TNN reality series Ultimate Revenge. “He wasn’t going to come in. I had to literally get on the phone with his father,” said Darnell. Seacrest was asked to host the show alongside Brian Bunkleman, but it was Seacrest who stuck with the show for all 15 seasons.

11. How Do Contestants Afford to be on the Show?

Being a contestant on any reality show requires sacrifice because a lot of the time there’s no compensation. Participants on American Idol do not receive any pay. Their only compensation is a shot at fame! They are required to give up their job (or in certain cases work out a leave of absence), and essentially leave their life behind. All of the family members who travel to support them on their journey do so on their own dime. If the contestant makes it to the final rounds they will pay to join AFTRA, which allows them to be paid for each appearance on television at a minimum hourly rate (in 2007 it was $921 per hour). The lucky contestants who make it into the top 10 and go on tour after the season ends are reportedly paid $1,000 per show.

10. How They Pick, Arrange and Rehearse Songs

Once the contestants are through to the live shows, they don’t get very much time to pick a song and rehearse. They are given about a week’s worth of time to choose a song that relates to the theme of the week. They must choose a song from a pre-selected collection, as the seasons went on their options became more and more limited. Eventually they were choosing from a collection of only 50 songs. Then they worked alongside professional musicians like the show’s vocal coach and the musicians who create the arrangement of the song. Rehearsals take place over the weekend, ending with three rehearsals on the day of the performance show. Within this time frame, they also have to choose their outfit and film commercials.

In the later seasons of American Idol, Fox tried to save the show by bringing on celebrity judges including Mariah Carey and Nicki Minaj, who both joined the show for season 12. Unfortunately, this ended up being their last season. While filming, an on-set argument leaked online and according to Darnell, it was “raw and real.” They still don’t know how it got out, but Darnell called it a “nightmare experience.” When news of the feud leaked, a lot of people assumed Nicki Minaj was the problem because she’d be at the center of many other celebrity feuds, but in reality, it was Mariah Carey who started it! “The one you think was the problem — she wasn’t the problem,” said Darnell. Director Nigel Lythgoe chimed in and said: “Nicki was not the problem…There are tapes buried in chainsaw.”

Since contestants are singing songs written by other people, the producers have to clear the song prior to their performance and have the right to veto any song for legal or logistical reasons. Contestants aren’t able to simply choose any song they want, there is a lot more that goes into the process! “The process is way more in-depth than what people think. It’s not just choosing a song and doing it,” said Majesty Rose, former season 13 American Idol contestant. Once they get into the live performances, contestants learn next week’s theme right after the live results and given a sample CD with songs they can choose from. During the early seasons the contestants were given much more free reign, but in later seasons, contestants had to choose one of 50 songs that were pre-cleared. This is toensure the song choice isn’t too obscure.

7. Songs Have to Be Cleared Prior to Being Performed

Season 10 winner, Scotty McCreery, revealed an interesting behind the scenes secret from when he auditioned in 2013. “Fun Fact: For the Idol auditions you have to sing a song that is cleared by the show for rights and stuff. ‘Your Man’ wasn’t cleared my audition day. If you sang a song that wasn’t cleared, they wouldn’t put your audition on TV, which makes it tough on your chances of making the show. I told the producers I didn’t care and I was singing ‘Your Man.’ Miraculously, about 15 mins before my audition, they told me they got it cleared!” he said in a series of tweets. According to David Hernadez, a former contestant from season 7, if two singers pick the same song, they have to draw out of a hat to see who will sing it!

6. Brian Dunkleman and Ryan Seacrest Didn’t Get Along

During the first season of American Idol, Brian Dunkleman was brought on to co-host alongside Ryan Seacrest, but after his performance was so bad, he left before they got a chance to fire him. He later revealed that he didn’t get along with Seacrest which probably contributed to their awkward dynamic. He was able to make amends with Seacrest when he came back for the series finale. “I wanted to see him before rehearsal in his dressing room. I walked in and he said hello and we shook hands. I said, ‘I have to get this out: I want to apologize to you for all the times we didn’t get along back then.’ I told him that I wished I could go back and change that but I can’t. I wished him only the best for him and his family. It was a really great moment and he was so gracious,” he said to People. “The show does work better with one host. It’s a tremendous amount of pressure and I didn’t handle it very well. It’s a testament to how great a job [Ryan] does to have done 14 seasons.”

Simon Cowell’s harsh judgement and brash comments were great for ratings, but they didn’t sit well with contestants or viewers. In season 1, before people began to learn to love him, he was sent death threats and even booed on set. According to producer Nigel Lythgoe, somebody once “threaten[ed] to take him out with a baseball bat in New York,” so to ensure his safety, “we had to hire an entire security team.”

4. Are Those Bad Singers Real or Actors?

Many viewers have speculated whether those really bad singers are actors because surely no one can believe they are a good singer when they sound that bad! These contestants aren’t actors, but the producers make sure some of the worst singers get through and land some face time with the judges by pre-screening and filtering through the massive group of people who show up days before the judges even show up at a location. This way only the best and worst get through. During the early seasons, the audition part of the show played a huge role in drawing viewers in — especially when Simon Cowell was still on board! Watching Cowell ruthlessly critic people was wildly entertaining but, as the show went on, the focus turned more “aspirational,” so there was less focus on the audition process.

Jennifer Lopez was one of American Idols new recruits in season 10, alongside Aerosmith’s Steven Tyler, but it wasn’t easy to get her on board. “You could sense she wanted to do it but it was a nightmare. Her agents, they just didn’t want her to do it,” because they thought it would ruin her movie career, but Darnell was determined to get her on board, so he “fed her a load of bullsh-t” about the potential for endorsements and music promotion. “Your singing career is going to be on fire again!” he said. None of these things happened. In fact, after she was hired, Darnell “got a lot of calls from people saying she was a diva.” This wasn’t true at all. Darnell thought Lopez was “the most professional, wonderful person I’ve worked with in the business.”

2. Coming Up with the Name American Idol

Since the concept behind American Idol came from the U.K. series, Pop Idol, Fox needed to find it’s own name — so how did they come up with ‘American Idol?’ According to Sandy Grushow, former Chairman of the Fox Television Entertainment Group, who was in charge of the production studio during the early seasons of American Idol, from 1999 to 2004, he needed a basic name that would differentiate two shows. “At the time all of this was happening, there was a show on the WB called ‘Popstars’ that was failing miserably. As a marketer, I was concerned about title confusion. The title ‘American Idol‘ came up and I don’t remember exactly who came up with it, but as soon as I heard it, I loved it….it was big, it was clean and didn’t have the word ‘pop’ in it,” he said.

When producers saw the U.K. series Pop Idol and decided to bring it over to America as American Idol, they knew Simon Cowell was a key element, but they couldn’t get him to commit to more than one season at a time. “As hard as we tried to make a multi-year deal with Simon Cowell, his people, led by Alan Berger at CAA and Sam Fischer, his lawyer at Ziffren-Brittenham, he absolutely refused to go beyond one year,” said Grushow. “As it turns out, it was a brilliant maneuver on their part. Heaven knows Ira and I tried absolutely everything. We went to the edge of the cliff, but at a certain point in time we had a TV show to make. I just thought, ‘If the show is successful it’s a high class problem to have.'”