9 Young And The Restless Spoilers For The Week (June 25) 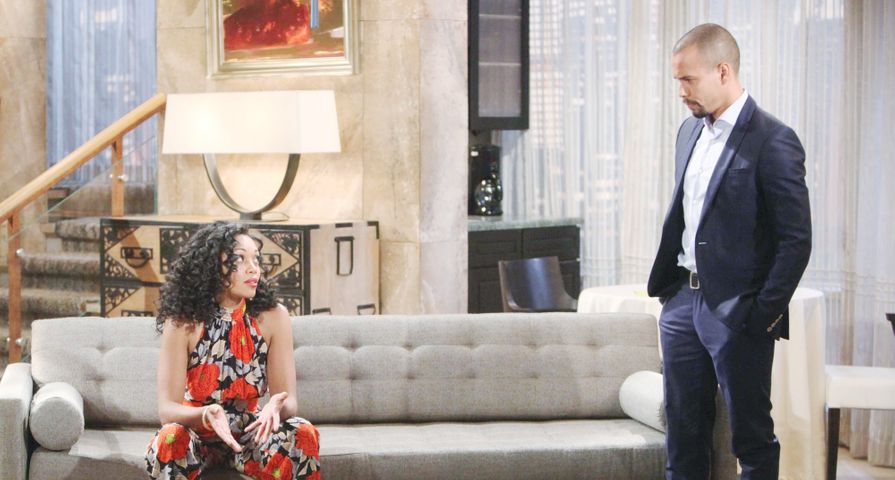 An old alliance starts to crumble, new ones start to form, and a truce is made. These are just some of the things to expect this week from the Young the Restless (Y&R)! Learn more about Shick, Vicky, Billy, Summer, The Moustache, and J.T. (yes, you read right), in the Y&R spoilers for the week of June 25th.

It’s sure to be a crazy week on the Y&R, and spoilers start off by teasing a truce. Yes, Victor and Nick will put their fighting around Christian’s custody battle on hold when an even bigger threat looms over Newman Enterprises. Victor will suggest a truce for the time being so the entire family can work as a team to fight off anyone who is trying to place the company in jeopardy.

More information trickles down this week about J.T., and Nick and Victor unite in an effort to find him. Their main goal is to keep J.T. away from Vicky or anyone else in their family he may want to harm. In fact, Victor will make a public statement this week and he’ll fluff off any hints around scandals and issue a warning to directly to J.T. While the Newman truce will start off at the beginning of the week, it won’t take long for it to crumble.

Fans saw Nikki, Phyllis, Sharon, and Vicky bury a seemingly dead J.T.; however, could he be alive? This week, fans will see evidence emerge that indicates J.T. is not dead after all. Ashley will state that J.T. was spotted in Iowa, and Y&R fans will also see video footage from a security camera, which will leave Victoria very nervous about the entire situation.

As Vicky frets over the possibility that J.T. is alive and out to get her now, Phyllis will try and comfort her. After all, it wasn’t like Victoria was the only one person was there the night when they buried a dead J.T. All the women involved saw a lifeless man in front of them and there is no way that the man using J.T.’s credit card is actually J.T., right? Phyllis is sure to make a lot of solid points to Vicky as to why she shouldn’t worry.

Fans should note that Jesse Walton returns to the Y&R this week, reprising her role as Jill Fenmore. Y&R spoilers have stated that Jesse is back for the entire summer and she will undoubtedly be a part of the current Jack Abbott/Jack Chancellor storyline. Additionally, Pat Harvey joins the show as a news reporter this week.

Speaking of Jill and the Chancellor Family arc, with Kyle’s help, Jack will approach Dina with the photo he has of Philip Chancellor and ask her if the man in the picture is his biological father; Dina answers with a yes. Now that Jack knows who his real dad potentially is, a storm is sure to be brewing. Y&R spoilers tease that he has a confrontation with Cane this week. With Jill back in town, things should heat up around this and quick.

After Abby found a bra in Arturo’s studio, she will finally confront Arturo about this week. Arturo questions Abby around her distance and Abby lets him have it. Turns out, the bra isn’t owned by a current fling, rather his sister is living with him. Expect things to heat up between these two in the coming weeks.

While some may think that Kyle may be leaning towards a relationship with Mariah, it seems that he does still have unresolved issues with Summer. Y&R spoilers indicate that Kyle lets his guard down with Summer this week. Does this mean a possible romance between these two? Hard to say, as Summer will also continue to work on Billy this week.

Victor and Nikki try preserving their public image. Meanwhile, Devon has a good and honest chat with Hilary about her pregnancy and their relationship. With a threat on Newman lingering, an unlikely alliance between Ashley and Victoria form. Neil also works very hard when it comes to damage control this week.