Things You Might Not Know About William H. Macy And Felicity Huffman’s Relationship 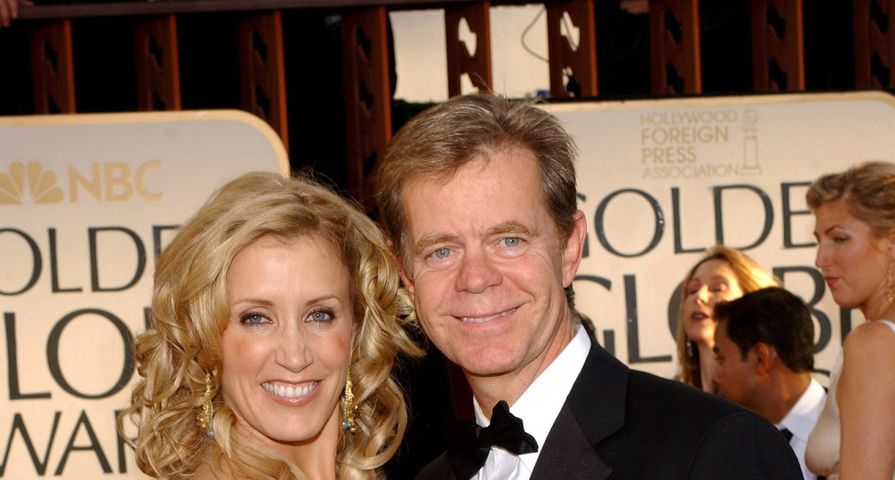 When it comes to Hollywood marriages, William H. Macy and Felicity Huffman have one of the most solid relationships in Hollywood. They are just such a good match, and after more than 20 years of marriage, they are more in love than ever. These two definitely know how to make their marriage work. Since these two are such an amazing couple, check out these 9 things that most people don’t know about their relationship:

They met in the early 1980s at New York City’s Atlantic Theatre Company. For her, it was love at first sight, but she had to convince him to start dating her. “We did meet at the Atlantic Theater Company and it was love at first sight for me,” Huffman said. “I think I had to talk him into it for a while. I went on a campaign. He was certainly worth it.”

7. Her Reluctance to Get Married

Macy asked Huffman to marry him several times before she finally agreed. She initially didn’t want to because her parents had divorced when she was just a baby and she didn’t want to lose her identity in marriage. “Bill Macy asked me to marry him several times over several years. And I was finally smart enough to go: ‘I’m going to marry this guy or really lose him for good,’” she told Tribune News Service. “And it was after we broke up for four or five years when he asked me again, I knew I couldn’t say no.”

The Transamerica star was raised Catholic, so when the Shameless star proposed to her, she insisted that they do a pre-cana, a consultation for couples preparing to be married in a Catholic church. At first, he refused, but then he agreed and he ended up really enjoying it. “I wanted no part of that, but as we all know, marriage is about compromises, so I agreed to go to one.  We wound up going to seven sessions.  He was an incredibly cool guy and I would go as far as to say that he changed the face of our marriage,” he said.

The pair were married on September 6, 1997 in Aspen. There were 180 guests present and the two walked down the aisle to James Brown’s “I Feel Good.” The Desperate Housewives actress wore an American designer Nicole Miller gown, while he wore a Mon Atelier wool gabardine suit. Some of the guests included Camryn Mannheim of The Practice and Kristen Johnston of 3rd Rock from The Sun.

4. He Was Married Before

Before the Oscar-nominated actor married the Emmy-winning actress, he was married to someone else, but it wasn’t a great marriage. According to him, she “didn’t want what was best for [him].” His relationship with Huffman, however, is the complete opposite. “She’s my best friend; she’s hysterically funny. I adore talking to her; she’s a great confidante. She’s really good at sorting things out. She’s invaluable that way, when I don’t know what to do,” he told The Guardian in 2011.

3. Their Secret to Relationship Success

To keep their relationship running smoothly, these two make sure to check in once a week. “Once a week we do sit down and make sure we take half an hour — each person gets 15 minutes — just to talk, with no crosstalk. I talk, then you talk,” Huffman said. “You kind of just deeply check in with the other person. When you have 15 minutes to talk — which is endless, by the way, and if you want to sit there in silence you can — but when you have 15 minutes to talk, you kind of actually see what’s going on with the other person without any talk-back,” she told Huffpost Live.

2. They Love to Work Together

Macy and Huffman love working together. “I love to act with Bill. He makes you better,” she told Closer magazine. “You know how if you play a sport with someone who is better than you, your game will improve? It’s true with acting as well.” He also said that they like to help each other out when the cameras aren’t rolling. “We talk the talk and walk the walk. I read her scripts, she reads mine, we give each other notes, we run lines with each other, we’re in it. It’s dangerous territory but if you’re married well, you can get through it,” he told Us Weekly.

The couple have two children together, Sophia Grace (born December 1, 2000) and Georgia Grace (born March 14, 2002). Because of their children, they try not to work at the same time so that one of them can be at home with the kids. The most that Macy and Huffman have spent apart during filming is six or seven weeks.