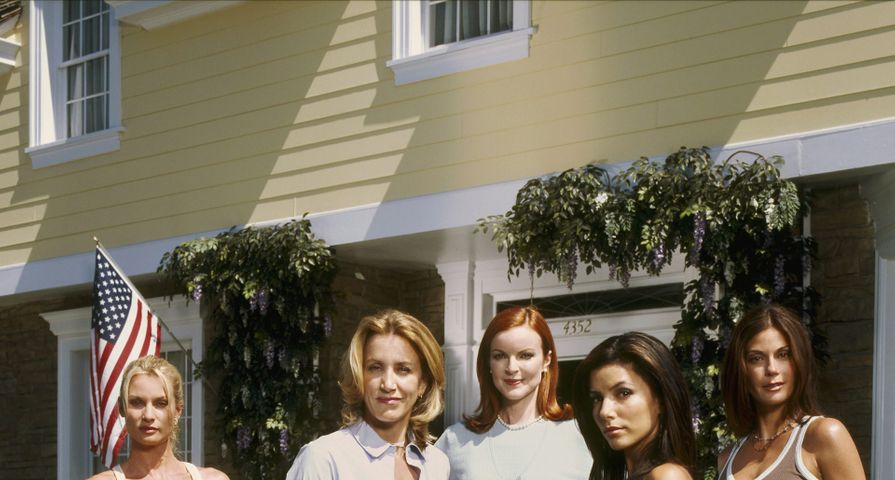 More than a decade ago, Desperate Housewives made its debut on ABC. It was an instant hit. Viewers couldn’t get enough of it and the critics loved it. After eight successful seasons, the show aired for its eighth and final season in 2012. Desperate Housewives was the perfect escape for many people. It was considered a hybrid of Sex and the City, Twin Peaks and Stepford Wives and gave us an inside view of adultery, bribery, pill-popping, manipulation, marital breakdowns, seduction, prostitution, murder and nanny-poaching. Since the show was such a hit and helped pave the way for shows like the Real Housewives, let’s take a look at 10 things you probably didn’t know about Desperate Housewives!

10. The Part of Susan Mayer

Calista Flockhart, Heather Locklear, Mary-Louise Parker and Courteney Cox were all considered for the part of Susan, which went to Teri Hatcher.

Sheryl Lee was initially cast as Mary Alice Young and was shot in the pilot. At the last minute, Brenda Strong was given the role instead and all of the scenes involving Mary Alice were re-shot.

Bree is based on Marc Cherry’s own mother.

Marcia Cross initially auditioned for the role of Mary Alice Young but was offered the part for Bree Van De Kamp instead. Nicollette Sheridan tried out for the part of Bree Van De Kamp but was cast instead as Edie Britt.

6. Dana Delaney Could Have Been Bree Van de Kamp

Dana Delaney auditioned for the part of Bree and was offered the role. After some consideration though, she declined it because she had done something really similar on the soap Pasadena. She later changed her mind about the show and joined the cast in season four as Katherine Mayfair, a character who is really similar to Bree.

The Desperate Housewives set was actually used in Kelly Rowland and Nelly’s music video for “Dilemma.”

Roselyn Sanchez was Eva Longoria’s only real competition for the part of Gabrielle. During the final auditions, producers decided to give Longoria the part instead of Sanchez.

Felicity Huffman didn’t initially want to audition for the role of Lynette. She wanted Marc Cherry to just offer her the part instead. Her agents convinced her to audition. Cherry was so impressed with her performance that he offered her the part for Lynette on the spot.

2. Desperate Housewives Was Going To Be a Comedy

The show was originally going to be a half-hour comedy but was rejected by every network including Lifetime and HBO. ABC expressed interest, so the show was retooled as a nighttime soap opera.

Executives didn’t initially think Desperate Housewives was the best name for the show. Instead, they suggested “Wisteria Lane” and “The Secret Lives of Housewives.”