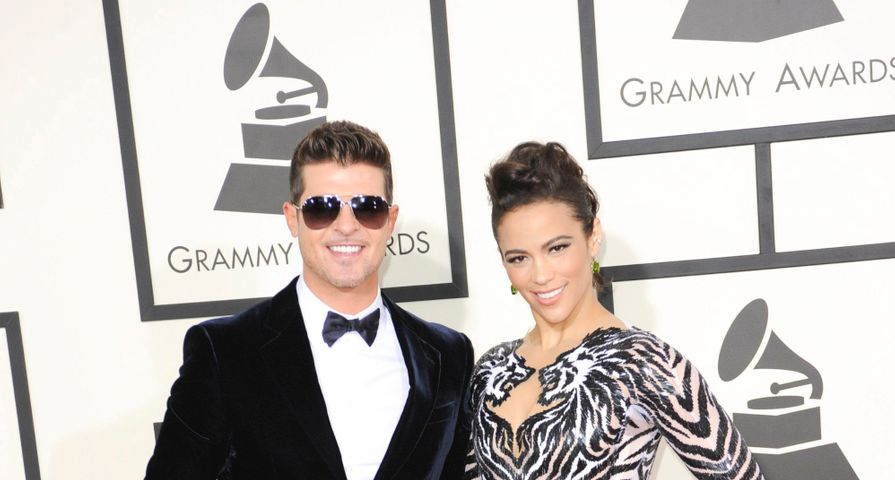 Robin Thicke and Paula Patton had been together for many years before he shot up in fame in 2013 with the smash hit song “Blurred Lines.” Even though they both professed that they had one of the strongest and most satisfying relationships in Hollywood, cracks in their relationship began to appear not long after they shot up to the A-list. Even though they broke up a while ago, they are still making headlines, which is why we have these 9 things that people don’t know about their relationship:

They first met in 1991 in L.A. at Balistyx, an under 21-and-over hip hop club. He was 14 and she was 15. He was the one who asked her to dance. While he danced with her, he sang Stevie Wonder’s “Jungle Fever” in her ear. Two years after this, they started dating. According to Thicke, he knew that he liked Patton the night he met her. “I knew she was special the night I met her,” he said. “I was only 14, but she was already the most special girl.”

Before Thicke and Patton were married, she suspected him of cheating, so she hid in the bushes at his house to try and catch him. “We weren’t married yet. We were boyfriend and girlfriend and I heard something on the phone and I was like, ‘Hmph, I don’t trust it.’ So I went down to his house and I was crawling through the bushes trying to look through the window…Totally got caught, he was with his boys playing poker. He was like, ‘Hey babe, wanna come in? Look around, no, make yourself at home!’ I was mortified. I’m also happy I was wrong, I’m not gonna lie. But he was like, ‘You’re a little crazy,’” she said.

After dating for 12 years, the singer and the actress finally tied the knot on June 11, 2005. Five years later in 2010, they welcomed their first and only child, Julian Fuego, into the world. At first, it was difficult for them to balance their careers with taking care of their new child. “It was hard when we became parents, because we had to balance our careers with this new person in our lives,” Thicke told People back in 2011. “[Having a baby] changed everything. It was tough at first. She was stressed. I took time off. I lost my mojo. After a while, we hit our rhythm and we are more in love and supportive than ever.”

One thing that Robin and Paula made clear during their relationship was that they had a very healthy sex life. “We have a great relationship and a great, sexy life,” he told In Touch. “We [always] have a great meal and talk until the kid goes to bed – then we get together.”

One surprising thing that Thicke liked to do to Patton was read to her! When they would go on vacation, he would read Marcel Proust’s In the Shadow of Young Girls and Gabriel Garcia Marquez’s One Hundred Years of Solitude to Patton. “I read to her,” he told People. “She likes me to do that when we’re on vacation. She’ll sit next to me and I just read to her.”

After shooting to the A-list in 2013 with the release of “Blurred Lines,” Thicke found himself at the centre of a couple of cheating scandals. First he was photographed at an MTV VMAs after-party groping some random blonde and then at a Parisian nightclub getting a little to close with a curly haired fan. Although he claimed that he and Patton were happy and that it was all much ado about nothing, this year Patton revealed she had caught Thicke cheating on her once while she was in an adjacent room. On another occasion, after the VMAs, she claims that she walked in on him in bed with two women.

After nine years together, the Hitch actress filed for divorce from the “Blurred Lines” singer in February 2014. Thicke was pretty devastated and cancelled concerts so that he could go to Patton and try and change her mind. Even though she was determined to end the marriage, he spent the next several months trying to woo her back. He recorded an album, Paula, about her and dedicated some songs to her when he performed, but it didn’t end up winning her back, so in July of 2014, he officially gave up.

After filing the separation papers in February 2014, Patton filed for divorce in October of that same year, citing irreconcilable differences. She requested joint legal and physical of their son Julian and reports indicated that the split was harmonious. At the time, there were also reports that Patton had already moved on and was living with her new boyfriend, Zak Waters.

After a couple of years of absolutely nothing from Thicke and Patton, the former couple made news again in January 2017 when they began publicly fighting over custody of their son. It began with Julian making comments at school about his father spanking him really hard, which resulted in the school contacting the L.A. County Dept. of Children and Family Services. Things have become even messier since. Even though DCFS reportedly closed their investigation into Thicke, Patton has come forward with abuse allegations against the singer. Based on the accusations, the judge has given Patton temporary sole custody of Julian, as well as a domestic violence restraining order against Thicke, so now he must remain at least 100 yards away from his ex, their son, and the actress’ mother, Joyce Patton.