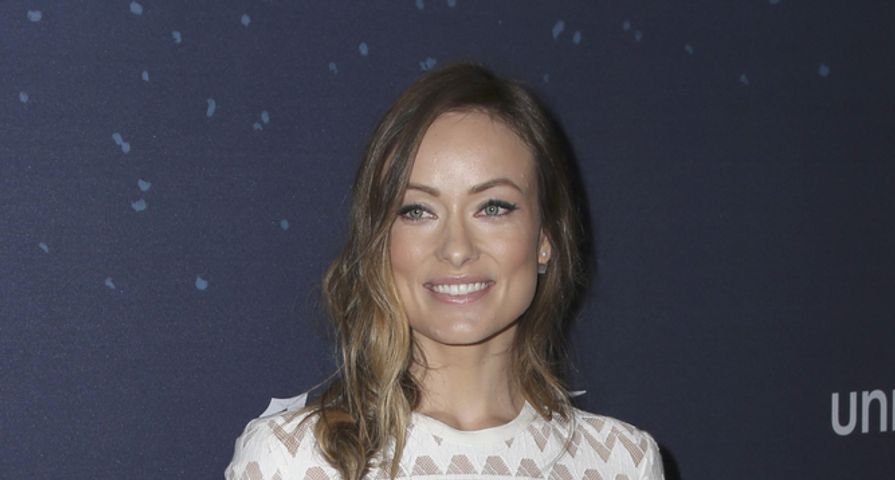 Olivia Wilde first garnered recognition for her acting chops when she was cast as Alex on The O.C. and since then she’s become a bona fide star. With more television and film roles under her belt, she’s continued to evolve as an actress. Since she’s celebrating her birthday, we have 9 things you didn’t know about the gorgeous and talented star:

The Tron: Legacy star changed her name from Olivia Cockburn to Olivia Wilde when she was 18. She chose the surname “Wilde” after she played Gwendolen in Oscar Wilde’s play The Importance of Being Earnest in high school. “At the time, I was doing The Importance of Being Earnest – I was playing Gwendolen, and I was so in love with it. Oscar Wilde is someone who I respect for so many reasons – a revolutionary, a comedian, and a profound thinker,” she told The Observer.

8. A Family of Journalists

Olivia Jane Cockburn was born in New York City on March 10, 1984, but grew up in the Georgetown neighborhood of Washington DC. Her parents, Leslie and Andrew Cockburn, were both journalists and documentarians who worked for 60 Minutes, PBS, NBC, CBS and a number of other platforms. She comes from a long line of writers and journalists. Her uncles, Alexander and Patrick Cockburn, were journalists. Her aunt, Sarah Caudwell, was a writer. Her half-cousin, Stephanie Flanders, is a journalist, and her paternal grandfather, Claud Cockburn, was a novelist and journalist.

The Rush actress holds American and Irish citizenship because her father – who was born in London – was raised in Ireland. Growing up, Olivia spent summers in Ardmore in Co. Waterford in Ireland and she studied acting at the Gaiety School of Acting in Dublin, a part of The National Theatre School of Ireland.

When the Cowboys & Aliens actress was 18 she passed up attending Bard University to move to Los Angeles where she worked as a casting assistant for casting director Mali Finn as she tried to launch her acting career. One of the movies she helped with casting was on The Girl Next Door. She knew the script so well that Finn had her audition for a small part in the film, which she landed.

In an interview with Women’s Health from 2008, Wilde revealed that she won a pancake-eating contest in Australia. “Once, in Australia, I ate 33 pancakes in 20 minutes, and I only did it because they said a girl could never enter the competition,” she said. “I won against these giant men, and they were convinced I was cheating. Guys have some sort of sick fascination with girls who can eat.”

The In Time actress once auditioned for a tampon commercial with the premise being that her roommate was having sex in the next room where the tampons were and Wilde needed to crawl along the floor of the room to retrieve them. As she was crawling along the ground, the producers and directors started making simulated sex noises. She didn’t get the role and she didn’t go to another commercial audition after that either.

When Wilde auditioned for a role in The Wolf of Wall Street, she was passed over for being “too sophisticated,” which was a code word for too old. “The funniest thing I heard recently was, I had heard for a part that I was too sophisticated,” she said. “I thought, ‘Oh, that sounds nice.’ I like that feedback. I didn’t get the part because I’m a very sophisticated person. And then I found out later that they actually said ‘old.’ I want to make a translation sheet for Hollywood that’s all the feedback your agents give you and what it really means.” She was only 28 years old at the time.

Back in 2003, when she was 19, she married Tao Ruspoli, an Italian filmmaker and musician whose family owns a famed palazzo in Italy, on a school bus in Washington, Virginia, with only a pair of witnesses and a justice of the peace. The couple separated in February 2011 and they were officially divorced in September 2011. In November 2011, she began dating actor Jason Sudeikis. They got engaged in January 2013 and they welcomed their first child, son Otis, in 2014 and a daughter, Daisy, in 2016.

Wilde originally auditioned for the role of Marissa on The O.C. She was the only other actress who was a finalist for the role besides Mischa Barton, but Josh Schwartz felt that she was too strong to play Marissa. “The two finalists for the Marissa role were Mischa Barton and Olivia Wilde. Olivia had just moved to L.A. and she was terrific, but she has such a strong persona that she didn’t need rescuing,” he said. Even though Wilde didn’t land the role of Marissa, Schwartz liked her so much that he gave her the Alex role in season two.