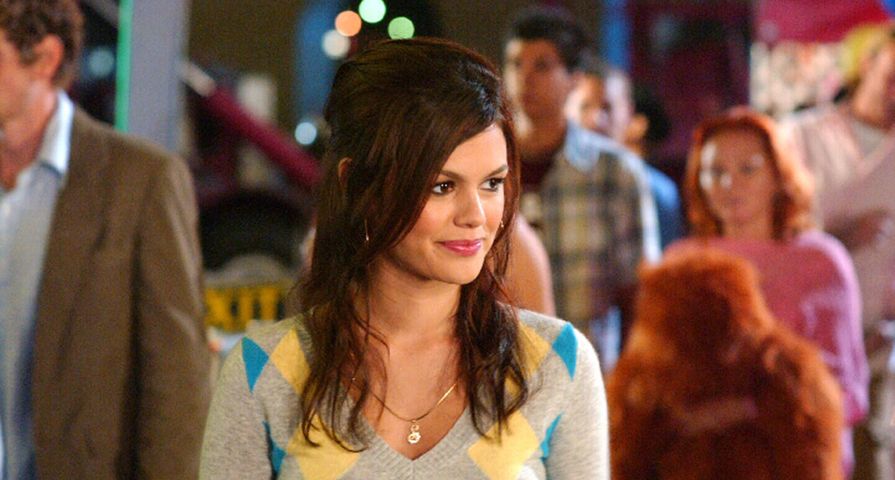 The O.C. was one of the most popular teen dramas from the early 2000s but was also very short-lived. It started out strong but blew through so much storyline within the first three seasons that it was forced to come to an end after only four seasons. The O.C. centered around a troubled kid named Ryan Atwood, who is adopted into a wealthy family made up of parents Sandy and Kristen Cohen, and a lovable yet socially awkward teenager named Seth Cohen. One of the best things about The O.C. was the witty characters who fit their roles so perfectly, but the weak characters were also one of the show’s biggest downfalls. On that note, here’s a look back at 10 popular characters from The O.C. ranked!

There’s no doubt that Kevin Volchok was the most hated character in the entire series. Ever since he was introduced, Volchok was responsible for all the terrible things that happened in season 3, from hooking up with Johnny’s girlfriend to kidnapping Marissa. Later on in the season, he was responsible for breaking Marissa and Ryan up (although Marissa definitely shouldered most of the blame as well) and was involved in the accident that ended her life.

Even though Marissa Cooper was one of the lead characters, she quickly became one of the most annoying and was the show’s weakest link. It’s important for lead characters to be liked by the viewers, but fans found it really hard to sympathize with her. Not only did Mischa Barton do a terrible job of selling the character, the constant damsel in distress storylines for her character started to irritate people. She quickly became overshadowed by her on-screen bestie, Summer Roberts.

Ryan Atwood is another main character that lands closer to the worst end on this list because while his character was usually at the center of every storyline on the show, there wasn’t much depth to him. There was only so much they could do with the whole ‘wrong side of the tracks’ plot, so we didn’t see a lot of diversity from Ryan and there were a lot of times when his character fell flat. Unlike Mischa Barton, Benjamin McKenzie went on to have a successful career after the show despite his lack of acting chops on the show. Similar to Barton, Seth Cohen definitely out-shined Ryan, making him seem like the lesser character.

Jimmy Cooper was a very complex character on The O.C. During the first season he’s introduced as this cowardly man who steals money from his clients and gets involved with bad men to pay off his family’s debt, but as the show goes on he’s also portrayed as this loving father who’s there for his daughter, Marissa, especially when her mother isn’t. He’s not the worst character on the show, but he’s also not the best. As the show carried on they kind of lost a place for him and his appearances became less and less frequent.

Wife of Sandy Cohen and mother of Seth, Kirsten played an important role on The O.C. For the most part she was loved by viewers because she was viewed as a ‘cool mom’ and Kelly Rowan did a good job of portraying the Newport-born, rich but not spoiled business-woman. The only reason she doesn’t land higher on this list is simply because there were more interesting characters around her and at times she came off a little too fragile.

Even though Taylor Townsend was viewed as obnoxious, high-strung and mean-spirited during her appearances in season 3, there’s no denying her character brought a lot of life to the show, especially after Mischa Barton left the series. There was never a dull moment with Townsend. When an actor is able to take a hated character and turn them into someone that the audience also feels bad for — that’s talent! She could be credited as the reason they were able to keep the show going in season 4. Even though it was hard to accept her becoming a potential love interest for Ryan, her character was really eccentric and interesting!

We would be lying if we didn’t put Sandy Cohen near the top of this list as one of the best characters on the show. There was nothing too groundbreaking about his character except for the fact that people just loved him! Cohen married into a wealthy Newport family and he himself was clearly extremely smart, but instead of becoming some corporate lawyer driven by money, he chose to run his own small law office near the ocean so he could surf on his breaks. He was just this really unique character! His relationship with Kirsten definitely helped. Those two go down as one of the most loved TV parents of all time!

Julie Cooper is the perfect example of a TV character we love to hate. She was shallow, materialist and definitely self centered, but she was also a really complex character who brought a lot of meat to the show with her storylines. She was always stirring up trouble on the show or dealing with some kind of crisis in her own life. It helped that Melinda Clarke did a great job of selling the character to the audience.

In the beginning of the show, Summer Roberts was introduced as Marissa’s friend who was superficial and petty, while Marissa was painted as the more relatable and understanding one who didn’t mind befriending outcasts like Ryan. But in the end Summer ended up being the character who out-shined Marissa because she had the most development throughout all four seasons. She was not only pretty, funny and charismatic, but she also was more enjoyable to watch over her friend Marissa, who seemed to constantly be in trouble. It helped that she was part of one of the most beloved relationships from the show — Seth and Summer!

It shouldn’t be surprising that Seth Cohen lands in the number one spot on this list. He was by far the best character on the show and most well-liked. He brought so much comic relief to the show with his witty one-liners and sarcastic, self deprecating sense of humor. It was even rumored that Adam Brody had free reign to make up jokes that weren’t in the script as they were filming — he was that good! Seth was also a much more down-to-earth character that viewers could probably more readily relate to. Seth gave off the impression that the nerdy geeky guy could get the hot girl. Even though Marissa and Ryan were supposed to be the power couple of the series, it ended up actually being Seth and Summer.