Things You Didn’t Know About No Doubt 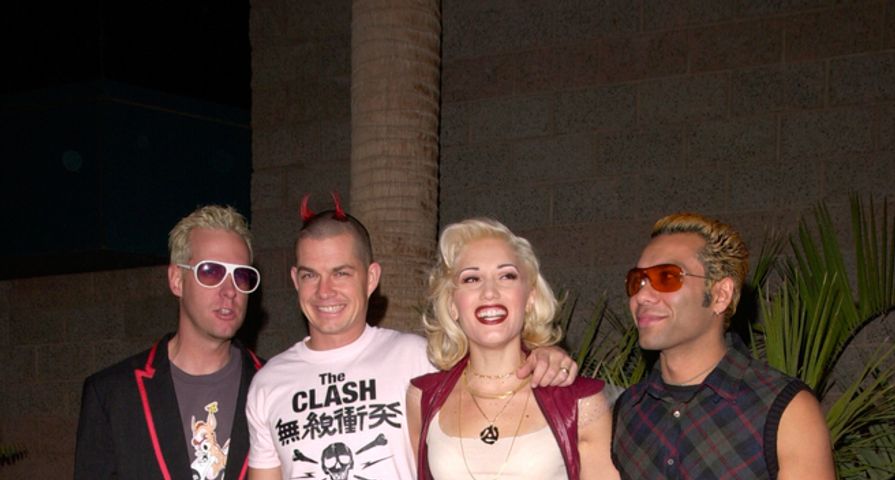 No Doubt started out as just a garage band from Orange County and soon became a Grammy Award wining American ska band with singles topping the Billboard charts. Formed in 1986, the group reached mainstream success after the release of their third album Tragic Kingdom in 1995. No Doubt consisted of four members: lead vocalist Gwen Stefani, bassist and keyboardist Tony Kanal, guitarist and keyboardist Tom Dumont and drummer Adrian Young. Today, they’ve sold over 33 million albums worldwide, won numerous Awards and spun out chart topping hits like “Don’t Speak,” “Hey Baby,” “Underneath It All,” and “I’m Just a Girl.” It’s been a long time since No Doubt made any new music or toured together and we’re hopeful for another reunion in the future, but in the meantime, here’s a look at 9 things you might not have known about the band No Doubt!

9. Her Brother Persuaded her to Join

No Doubt started out as a simple garage band. Gwen Stefani’s brother Eric Stefani met former bandmate John Spence while working at Dairy Queen in the mid ’80s. The two of them talked about making music together and John eventually convinced Eric to buy a keyboard and start a band with some friends from high school. In the beginning the band consisted of eight members: Eric Stefani, Chris Webb, Chris Leal, Jery McMahon, John Spence, Gabriel Gonzalez, Alan and Tony Meade, but later Eric’s little sister Gwen joined the group. Her older brother Eric was the one who persuaded her to join as a back-up vocalist in the late ’80s when she was only 17. She never wanted to be a singer until Eric pushed her to stand up on stage with him and sing at a school talent show. “Eric was the really talented and overly hyper older brother who was always pounding on the piano, and I was the lazy girl watching The Brady Bunch. I wasn’t doing anything, and [Eric] would say, ‘Come in here and sing with me!’ I owe everything to him, and I learned how to write songs and how to be in a band because of him,” she said.

No Doubt’s first show was at Fender’s Ballroom in Long Beach. Eric Stefani told OC Weekly that they had practiced for the entire six months leading up to the show. They had a trumpet player and bass player who were really good musicians, but they quit right before the show because they didn’t think the band was ready. “We didn’t know if we could do it….We did the show without them, but we were worried, They were better musicians than us, but I guess we had our own strength.” No Doubt was signed to a multi-album deal with Interscope Records in 1990 and their debut album was released in 1992, but it was largely unsuccessful. It featured no radio singles and was considered a commercial failure as it only sold 30,000 copies. They went out on a national tour, but Interscope refused to financially support them and they failed to draw an audience. This is around the time that Gwen’s brother Eric withdrew from the band.

The band’s first successful album Tragic Kingdom was the product of heartbreak when band members Tony Kanal and Gwen Stefani broke up after 7 years of dating. A lot of the album was written by Gwen and her brother, Eric, specifically songs like “Don’t Speak” which topped the Billboard Hot 100 for 16 weeks and earned the group two Grammy nominations for Song of the Year. The album was certified diamond by the Recording Industry Association of America and has been deemed one of the best selling albums in history. It was an odd time for the band because Gwen and Tony had just split up, but were also promoting an album all about their break-up which was generating a lot of success. It caused them to relive their separation with each and every performance and they had to fight hard to keep the band together.

The ska band got involved with a few video game ventures lending their music and voices to characters. It first started in 2004 when they all lent their voices to characters in the game Malice, but their tracks were scrapped before the game was released. In 2009 they joined forces with Band Hero, but ended up filing a lawsuit action against Activision Publishing Inc. for fraud, violation of publicity rights and breach of contract. The game was supposed to allow players to perform the artists songs using avatars, but the band members weren’t happy and claimed the game turned them into a “virtual karaoke circus act” by allowing Stefani’s character to sing suggestive lyrics and Tony Kanal to sing in Stefani’s voice. Their legal war waged on for three years before they finally reached a settlement outside of court a few weeks before their trial was set to begin.

No Doubt was one of the first bands to play in the summer festival known as Warped Tour. The tour was created in 1995, which is when No Doubt took the stage, but it wasn’t until 1996 that Vans stepped in as the primary sponsor of the tour giving it more publicity and recognition. In ’95 many of the bands were “eclectic alternative” bands like Sublime, the Deftones, Face to Face and Quicksand. In 2000, No Doubt played in the festival again, but by this time they had reached mainstream success.

When fans saw the band up on stage, it seemed like everything was great, but behind the scenes there was tension between them all. As the band gained more recognition, the male members started to get a little agitated that Gwen continuously got all the recognition. There was one particular incident when Spin magazine cropped out the three male members of the band so that Gwen alone was on the cover and, when the media geared all of their questions toward Gwen or asked her to be interviewed alone, it caused a lot of problems behind the curtain. Faced with this problem, the band used it to their advantage. They created a video about it using the single “Don’t Speak” which was obviously about the break up between Tony and Gwen, but could also be about the break up of the band. The end product was a video where Gwen is singing while being glared at by her band members and them all acting out various situations where she gets all the attention.

During the peak of their success, No Doubt gained recognition from mega-star Prince. He ended up flying the band to Paisley Park to play on one of his songs, but when they got there, Tony Kanal said Stefani was the only one who was ushered into the studio. The rest of the band members had to sit outside. “We expected to work with him, but it didn’t work out that way,” he said. Prince made it up to them by producing the band’s song “Waiting Room.” The song was intended for the 1999 album Return of Saturn, but ended up on the 2001 album, Rock Steady.

Stefani wasn’t apart of the original line up for No Doubt. The band was formed by John Spence, who was the original vocalist. He was also the one who came up with the name “No Doubt.” However, a year after the band formed, he committed suicide. The tragedy nearly broke the group up and Eric took the loss really hard. “I guess I didn’t really know him. He was hurting so badly that he couldn’t talk to anyone about it.” Eric reflected on his friend’s death in an interview with the OC Weekly and said that in hindsight there were a few signs that Spence wasn’t emotionally stable. “I remember this videotape of one of our shows: I was lying on the stage, and he was yelling at me to get up, with a lot of anger in his voice. That just rings in my head. Because he’s up there on the microphone, he’s taking control, and because of my insecurities on stage, I’m rolling around, being goofy. There’s a lot of pressure when you’re up there in front of all those people.” After his death, Alan Meade took over his lead vocalist duties, but when Meade quit, Gwen stepped up to the plate.

The band almost broke up right before they released their most successful album, Tragic Kingdom. A few of the band members left prior to the album’s release because it had been taking so long for producers to like the final product. Eric Carpenter left and so did Gwen’s older brother, Eric. In an interview in 1996, Stefani said, “We almost gave up about a year and a half ago. We were sitting there saying to ourselves, ‘Okay, we are 26. We’ve been doing this for eight years. Maybe we should finish up and get adult lives now.’ Then the record came out and people thought it was good, which was really weird, because we were always the dork band from Anaheim.” There were a few other instances along the way when they almost broke up, but thankfully the band managed to stick together for the next 15 years.