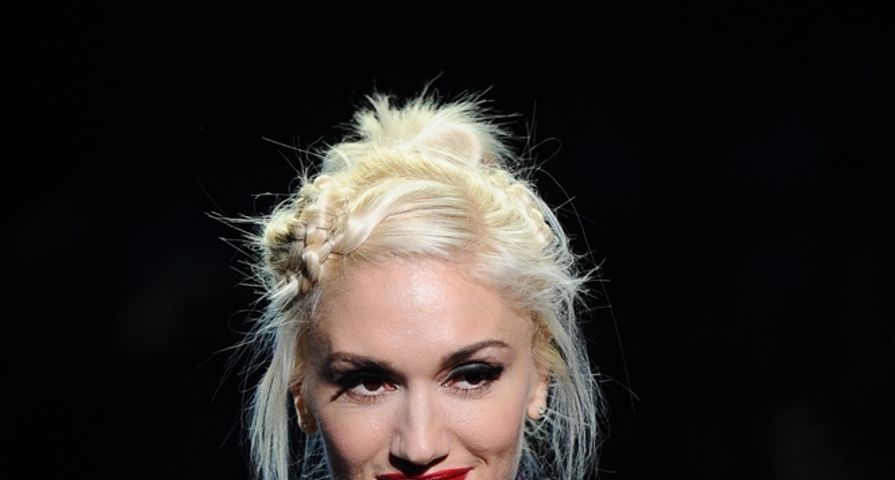 Gwen Stefani is a pop icon. Since first rising to fame during the mid ’90s with her band No Doubt, people have been obsessed with the platinum blonde. She’s become a successful solo singer, a fashion designer and a coach on The Voice, and even after all these years, her star still continues to rise. It’s her birthday, so get to know the singer-songwriter better with these 10 things you didn’t know about her:

She’s known for her tight body and six pack abs now, but when she was growing up, she was actually kind of pudgy. “I was like a chubby girl, a chubby kid my whole life,” she said back in 1996. “So that’s something that I’ve always had to work on.”

Gwen lived in her parent’s house until she was 25. “When I started dating Gavin, I was still at my parents’ house. Yeah, it’s a little weird,” she said.

Gwen is famous for her platinum locks and, surprisingly, no one has ever seen her with roots. This is because she follows Marilyn Monroe’s example. “Well, I heard she did hers with a Q-tip every 10 days, so I try to follow Marilyn’s rule,” she told Harper’s Bazaar.

While many of us might believe that Gwen is an extrovert because of her onstage persona, according to her, she is “passive.” “I was never a rebel,” she said.

She was raised in a Roman Catholic household and her parents were rather strict. When Gavin Rossdale proposed to Gwen, he got her father’s permission beforehand.

When she was in high school, she dreamed of being a homemaker like her mother. “All I wanted to ever do was get married and have babies, have a house,” she told the Washington Post.

Her parents named her after a stewardess in the 1968 novel Airport. Her middle name, Renee, came from The Four Tops’ 1968 cover of The Left Banke’s 1966 song “Walk Away Renee.”

Gwen had a lot of difficulty at school because of her dyslexia. “School was just really hard for me. I didn’t want to fail. I wanted to be smart! But I was really dreaming, like drawing my boyfriend’s name on my notebooks. It was such a disaster. It’s so sad! It makes me sad when I think about it. I still have nightmares about tests,” she told Elle.

She’s only dated three guys in her entire ife: Tony Kanal, her bandmate from No Doubt; Gavin Rossdale, her former husband; and now Blake Shelton.

She started rocking red lips in high school when her grandmother gave her a crimson lipstick. “I remember sitting in my ghetto, beat-up Honda Prelude and putting on that lipstick in the rearview mirror and being like, ‘Uh-huh, I like that. That’s the sh-t right there.’ I never stopped after that,” she said.