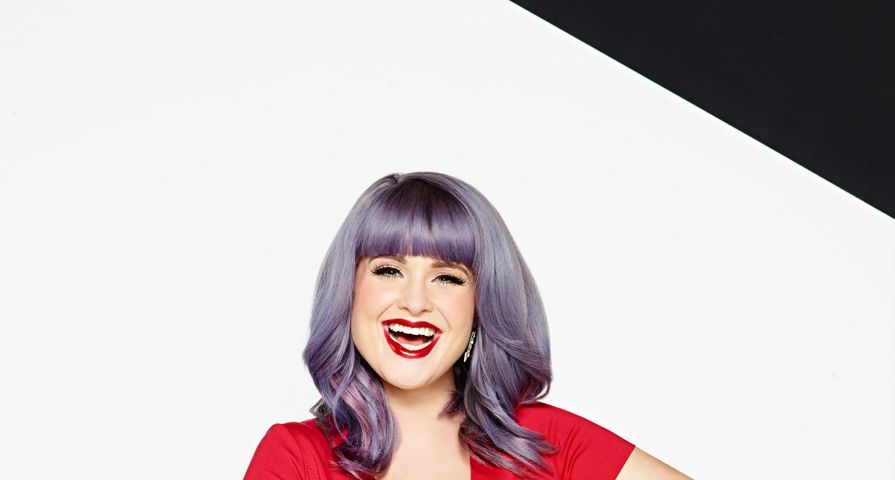 Kelly Osbourne is multitalented. She’s been a reality TV star, a singer-songwriter, a fashion designer, a writer, an actress and a host on a popular television program. She’s kind of like the girl who does it all! She’s been in the spotlight for a good chunk of her life now and she’s already reinvented herself more than once. Since she has a birthday fast approaching, we have 9 things you didn’t know about the British star:

9. Not So Humble Beginnings

Kelly Lee Osbourne was born in Westminster, London, on October 27, 1984 to Sharon Osbourne and heavy metal singer Ozzy Osbourne. She has two siblings, an older sister Aimee and a younger brother Jack, as well as two half siblings from her father’s first marriage, Jessica Hobbs and Louis John Osbourne. She moved around a lot when she was growing up because of her father’s music career. They lived in about 20 homes throughout the U.S. and the U.K.

When she was a teenager, her family settled in Beverly Hills, California, and her problem with prescription drugs began. She struggled with anxiety and depression, and she tried to numb her feelings with prescription pills. The first time that she had Vicodin was when she was 13 and had her tonsils out; however, she rediscovered it at a club in L.A. “The first time I took a Vicodin pill was at a club in L.A. I felt like the walls were closing in on me. Someone said, ‘Take one of these.’ Within 45 minutes I was the life of the party. I thought, ‘I can take one of these and I don’t have to worry about if I’m dressed right or look fat.’” She was soon obtaining pills from doctors and friends. “I have crazy anxiety. I was walking around with a constant sweat mustache,” she said. “So what’s the first thing you do? Go to a doctor. They give you Xanax, Klonopin, Valium. I’d start off taking them as prescribed. Then I’d be like, ‘These are magic pills! Take 10!’” By the time her family got a reality show in 2002, she wad an addict.

In 2004, she did her first stint in rehab at Promises Treatment Center in Malibu, but it didn’t work so, in 2005, she returned but, again, she didn’t stay clean. For the next few years, she lived in London and continued to struggle with addiction. In 2009, she did her third stint in rehab and finally accepted that drugs and alcohol would always be a problem that she would have to deal with. “They will always be an issue for me until the day I die,” she wrote in her autobiography Fierce. “It’s all or nothing for me, I’m afraid.”

The reality star turned singer was set to make her film debut in Freaky Friday as Lindsay Lohan’s character’s best friend Maddie, but she chose to drop out so that she could take care of her mother, who had just been diagnosed with cancer. “When I was 18, I was set to play Lindsay Lohan’s best friend in Freaky Friday. Then my mum got diagnosed with cancer. I was faced with the choice of a career or spending what could have been the last days of my mother’s life with her,” she told Cosmopolitan. “I said, ‘F–k you, career, hello, Mother.’ I became my mum’s nurse 24/7. I thought I was going to lose her – it was awful.”

After rising to fame thanks to her family’s reality TV show, Kelly launched her music career. Her cover of Madonna’s “Papa Don’t Preach” climbed the U.K. charts, but the album didn’t do well overall, so she was dropped from Epic Records. She was then picked up by Sanctuary and they re-issued her debut album as Changes, which included a duet with her father of the same name. In 2005, she released her second album Sleeping in the Nothing. While promoting her second album, she had an interview on Friday Night with Jonathan Ross where he called her fat. After this, she began sabotaging her record deal by drinking, being rude and failing to show up for some of her professional engagements. “I felt so ugly and fat that I destroyed it,” she told The Guardian. “I thought, ‘What the f–k is the point in me doing this shit when a grown man insults me in this way? I’m not strong enough to do this. I’d rather be the trust-fund kid that everyone thinks I am than work my arse off to get insulted.’”

From 2002 to 2003, the former reality TV star dated The Used lead singer Bert McCracken. She then dated Kevin Zegers in 2006, as well as Luke Worrall, who she was engaged to from 2009 to 2010. In 2011, she dated Anton Lombardi and Rob Damiani and was engaged to Matthew Mosshart from 2013 to 2014. She also dated country singer Dustin Lynch in May 2016 and is currently dating a fellow Brit, Kes Glozier.

In 2011, it was reported that Osbourne broke up with her fiancé Luke Worrall because he cheated on her with a pre-op transsexual named Elle Schneider. Schneider confirmed this to the Sunday Mirror. “I was open with Luke that I was born a boy. He didn’t mind — in fact it turned him on more,” she said. “He always insisted to me he was single and I had no idea he was engaged to Kelly Osbourne.” Unfortunately for Osbourne, Schneider wasn’t the only person Worrall cheated with. After the breakup, she took to Twitter to accuse him of cheating on her with hundreds of women: “Luke Worrall is the biggest piece of s–t,” she tweeted. “He is the worst thing that ever happened to me…I have never felt heartbreak like this in my life. I only came home for Xmas to see him meanwhile he has been f–cking hundreds of girls as well as men behind my back.”

Ever since she rose to fame, Kelly struggled with her weight and it was only when she went on Dancing with the Stars and her pro partner Louis van Amstel got her on a high protein, low-carb diet that she began to lose the weight. “He made me eat turkey burgers and salads…Then I started losing weight and realized, ‘Oh, it’s true what they say: Diet and exercise really work!’” she told Shape. After DWTS ended, she kept up the healthy eating and committed to exercising six days a week and, as a result, she’s lost 70 pounds in total.

In 2013, the former singer collapsed on the set of Fashion Police and had a seizure. She was rushed to the hospital and doctors did a battery of tests, but they were unable to determine what caused it. “It came as a complete surprise to me and to my doctors. After five days in the hospital and getting tests, they still didn’t know the reason beyond ‘sometimes these things happen,’” she told Shape. Initially she was diagnosed with epilepsy, but then she later found out that she had Lyme disease.