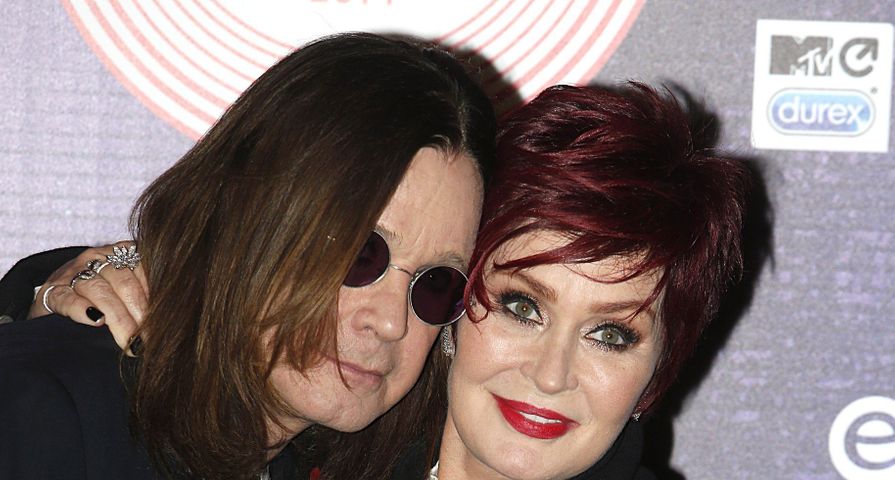 Sharon and Ozzy Osbourne are definitely one of rock music’s most iconic couples. The pair have been through quite a lot together in the public eye as they battled Ozzy’s addiction issues and battled each other, and after 33 years of marriage, the pair announced their separation on May 2016. While they have not confirmed that they are divorcing, they have definitely split and it has been a very long and rocky road for the famous pair. From personal issues, good times, bad times and a reality TV show, fans have come to know and love the Osbournes, but there is just so much about their 33 year marriage and now their split to catch up on. Check it out:

Sharon Arden and John Michael “Ozzy” Osbourne met in the ’70s when Sharon’s father, Don Arden, was managing Ozzy’s band Black Sabbath. Sharon was only 18 when she met Ozzy while working for her father and the pair began officially dating after she took over as his manager when Ozzy was fired from the band in 1979 and started his solo career. They married only a few laters in Maui, Hawaii on July 4, 1982, while Ozzy has stated he picked that date perhaps because that way he would never forget his anniversary.

Before her relationship with Ozzy, Sharon underwent an abortion at 17 years old and has described it as “the worst thing [she] ever did,” and when speaking out, she revealed that afterwards she suffered three miscarriages in her relationship with Ozzy which she blames on damage done to her cervix during the abortion procedure. The couple also lost a baby early on in their relationship when Sharon went to visit her parents and was attacked by her mother’s dogs which resulted in the loss.

While stories of infidelity have plagued the couple and mostly Ozzy for the duration of their relationship, it seems the whole thing started with an affair. Back in 1979 when Sharon and Ozzy reportedly began dating, he was still married to his first wife Thelma Riley with whom he shares three children. He ended the 11 year marriage, however, with his affair with Sharon, and his divorce came through in 1982, the same year he and Sharon were married. Sharon wasn’t totally innocent herself either though, as she revealed in an interview with Howard Stern in the mid 2000s that, in the very beginning of her relationship with Ozzy, she got drunk and slept with the guitarist for Ozzy’s band, Randy Rhoades.

Unfortunately for the couple, much of their marriage was plagued by Ozzy’s extreme abuse of both drugs and alcohol which quickly fueled violence in the relationship. The pair have admittedly been in many physical fights and Sharon has described herself as “a beaten woman.” Their fights have resulted in several injuries to herself, including once instance when he knocked out her front teeth. The worst incident of all, however, was in August 1989 when Ozzy came home from a peace festival in Moscow, Russia in a drugged out rage in which he told Sharon, “I’ve decided you have to go,” and proceeded to try to strangle her. The police were called and Ozzy was arrested for attempted murder, but Sharon decided not to press charges and Ozzy agree to spend three months in rehab. In other interviews, both have spoken out about the violence, including times where Sharon threw scalding coffee on Ozzy’s face. Ozzy even once stated, “She’d wait for me like a praying mantis to catch out drunk or stoned. And when she did, she would throw books at me, all sorts. She once broke all my platinum discs, smashing them over my head.”

Unsurprisingly, growing up in a turbulent household with parents whose lives were fueled by drugs, alcohol and rock and roll took its toll on their children Aimee, Kelly and Jack. Fans of the family got to know the Osbournes through their self-titled MTV reality show, making it clear Kelly and Jack were rebels and struggling with the lifestyle. After Sharon’s terrifying cancer diagnosis in 2002, things got worse, especially for Kelly. At the time, 16-year-old Kelly was taking 50 prescription pills a day, and in her memoir years later, she revealed it was because of her mother’s diagnosis that it got worse. She ended up attending rehab three times before getting clean. Then, in 2003, Jack also entered rehab and opened up about his own drug addiction. “What no one knew as I was filming the second (season) of The Osbournes was that aged just 16 I was struggling with a serious addiction to a painkiller called Oxycotin or ‘Hillbilly heroin.’ My drug taking made me so miserable that just months after this footage was recorded I tried to kill myself.”

In April 2013, the first serious rumors of a possible split between the two came to light after it was revealed that for the past 18 months Ozzy had resumed his alcohol and drug abuse after years of being sober. Despite the rumors, both Sharon and Ozzy took the time to deny any divorce with Sharon addressing the topic on The Talk, and with Ozzy writing on Facebook, “For the last year and a half I have been drinking and taking drugs. I was in a very dark place and was an asshole to the people I love most, my family. However, I am happy to say that I am now 44 days sober. Just to set the record straight, Sharon and I are not divorcing. I’m just trying to be a better person. I would like to apologize to Sharon, my family, my friends and my band mates for my insane behavior during this period………and my fans.”

Despite the violence, fights and rumors of infidelity and splits, the couple stuck together through thick and thin; however, they continued to drop shocking revelations about their relationship over the years. When Sharon joined the TV talk show The Talk, she often spoke about being married to Ozzy, which resulted in her confessing to having found him cheating before. “We used to have four nannies, because I had three children – I would work five days a week – I would travel. So you can’t work a nanny seven days a week, so there were four, rotating. I’m telling you, they were the bane of my existence. They were all wanting to be celebrities. They were all wanting money. I caught two of them in bed with Ozzy! At different times. It goes on and on.” She also revealed that Ozzy couldn’t even react properly because he was “out of his mind” on drugs and or alcohol. “At the end of the day, I hired a manny called ‘Big Dave.’ Never trust a nanny!”

Seemingly out of nowhere, in April 2016, Sharon Osbourne addressed rumors about her sexuality on The Talk and confirmed she is bisexual. “I always think everybody is gay, so am I. I am not a little bit gay. I am extremely interested in the fact of what I missed out on. But it is too late now,” she said on the show. Ozzy never commented on his wife’s declaration, however.

In early May, for the first time ever, through all of their troubles and 33 years of marriage, the pair confirmed they had split, which understandably led to the question — what could have possibly happened now that the two can’t get through? Although the rumors haven’t been confirmed, the source of the split seems to point back to yet another incident of cheating on Ozzy’s part. According to outlets, Ozzy was carrying on a longtime affair with celebrity hairstylist, Michelle Pugh. Sources indicate Pugh was only “one of Ozzy’s mistresses,” and he had been “supporting her” after she was fired from a posh Beverly Hills Salon. Sharon opened up about the separation on The Talk just a few days after the news broke and, while cheating wasn’t confirmed, it was referenced and she added, “I don’t know where I’m going, who I’m going with. And I just need time to think. And really think about myself, about what do I really want for… Because I’m 63 years of age and I can’t keep living like this.”

Initally the big news of the split came about with reports that Ozzy was moving out of their shared house. At first, many assumed that he had begun taking drugs or drinking again and, when it was confirmed he hadn’t, all speculation turned towards cheating which also supported why he would be the one kicked out. Sharon confirmed that, while she did kick him out at first, he had returned, so she decided to leave, simply saying, “It’s true. He’s back and I’m out of the house.”