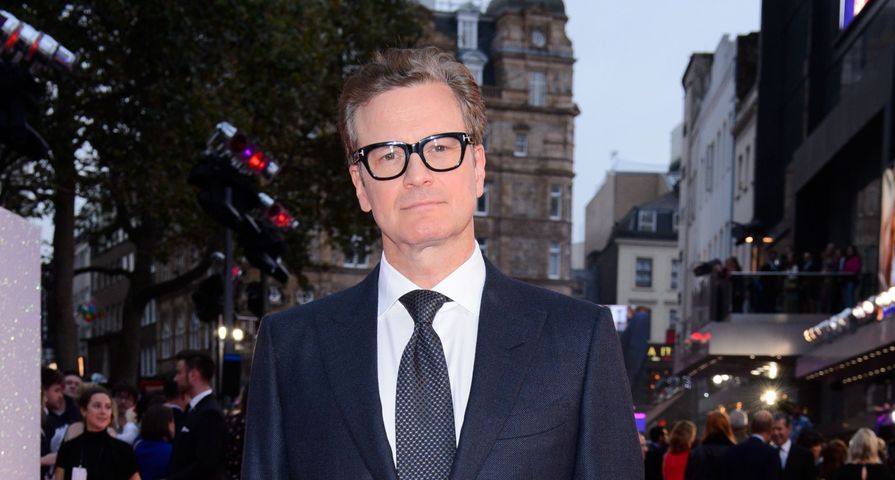 This English actor rose to fame after playing the iconic Mr. Darcy back in 1995 for the television adaptation of Pride and Prejudice. Since his rise to stardom, Firth has been apart of many more amazing projects like the King’s Speech which earned him an Oscar and multiple worldwide best actor awards, a main role in The Bridget Jones’s Diary, A Single Man, the holiday classic Love Actually and Mamma Mia! Firth was a part of the “Brit Pack” back in the ’80s until he rose to fame as Mr. Darcy. Today, he’s grossed more than $3 billion from 42 of his films releases and has become one of the most sought after actors. In honor of his 56th birthday and the upcoming release of his newest film, Bridget Jones’s Baby, here’s a list of 9 things you didn’t know about Colin Firth!

9. Grew Up in Nigeria

Firth was born in the village of Grayshott near Surrey and Hampshire. His mother, Shirley Jean was a comparative religion lecturer at King Alfred’s College (now the University of Winchester) and his father, David Norman Lewis Firth was a history lecturer at the same school and education officer for the Nigerian Government. Colin has two siblings who were are also actors. His younger sister, Kate is a stage actress and voice coach while his brother, Jonathan is an actor. Firth moved to Nigeria when he was only a few weeks old because his parents both taught in Africa. He lived there until he was 4 and then the family moved back to Hampshire, then later lived in the Unites States until he was about 10. During all this moving around, Firth developed a strong interest in acting. “I did a pantomime when I was 5, and everyone loved it,” he said. At the age of 10 he was doing drama workshops and at 14 he was set on pursuing a career in acting.

Meg Tilly and Colin Firth met while working on the set of Valmont back in 1989. Firth describes their relationship as love at first sight. “I was probably in love with Meg from the moment I met her, but it took her a while to be convinced,” he said. When filming wrapped up, Colin moved to Canada where Tilly was from and the two lived in a secluded log cabin for four years! They welcomed their first child, a son named William Joseph Firth in 1990, but after five years together they announced their split. The split left Tilly heartbroken because it was Colin who initiated the separation. After two years away from the acting industry, the calling became too strong and he wanted to go back. Firth moved back to London to try and restart his acting career. When asked about their relationship, Tilly keeps pretty mum but states that they remain friends and are tied through their now 26-year-old son. “He absolutely adores Will, but he had to choose between family life in an isolated log cabin, and working. Colin’s a city person who needs his friends – people he’s been close to since he was at school,” said his sister Kate.

The King’s Speech will go down in history as a major box office success. The film earned $400 million worldwide and took home numerous awards and nominations. Firth won a Golden Globe Award for Best Actor and an Oscar for his role as King George VI. The most difficult task when taking on this film was learning how to stammer properly. Firth worked with a voice coach for much of the film and watched hours of archive of the King speaking. It was extremely difficult for him to pick it up and he even described it as having a semi-paralysis effect. “It had an effect on my body – headaches. I had to learn to stammer and then play someone trying desperately not to. It put my left arm to sleep – it was very peculiar. I must have been locking something, pinching a nerve. It was a semi-paralysis that would last for three or four days. Derek Jacobi said to me: ‘You could find it affecting your speech patterns for some time afterwards. When the job’s over, don’t worry, it will go away,'” he said. It’s safe to say Firth nailed it because he received high acclaim for his performance, but when all was said and done, Firth admitted that just like he was warned, it was hard to get rid of the stammer. “You can probably hear even from this interview, there are moments when it’s quite infectious. You find yourself doing it and if I start thinking about it the worse it gets. If nothing else it’s an insight into what it feels like,” he said.

Despite have two parents with careers in academics and a teaching background, Firth could not get his grades up at school, especially when it came to things like math or science. He has publicly stated that he never enjoyed school until college when he was able to focus on acting and reading. “I remember a report from the chemistry exam, the actual score was 3 per cent, and my teacher mentioned that he’d given me two of those marks for writing my name correctly,” he said. Thus, there was no choice really when it came to what kind of a career he would pursue as his only set of skills fell into the category of arts and literature. He also once told reporters that he would refuse to complete his homework while in school and performed so badly on his final exams that he had to retake English!

5. He was Bullied in School

Firth has been candid about his initial experiences with school and how he didn’t fit in well or enjoy any of his studies. In fact, he’s even admitted that he was bullied while in school. In order to avoid the harsh judgement from other kids in drama school, he said he developed a posh accent. “I don’t now how many times I’ve read a script and thought ‘Nobody knows how good I’d be at this character – but they want me to play that other one.’ It’s odd because I didn’t grow up speaking like this and have made a career out of it,” he said. “I would not have survived in Hampshire if I’d spoken like my parents. When I was starting out, I thought I was so cutting edge – I had nothing to do with the middle classes. But at drama school people saw me as a Brideshead Revisited type. So I whored myself out immediately! I’ve embraced typecasting as a way of being employed. I’m more afraid of not being employed.”

Firth rose to fame when he starred in the 1995 television adaptation of Pride and Prejudice as the iconic Mr. Darcy. The weekly episodes drew in an audience of about 10 million viewers! This role lead to many other opportunities including his role as Mark Darcy in Bridget Jones’s Diary which is said to have been created from Helen’s novel by the same name which in turn was a reinterpretation of Pride and Prejudice. Therefore when it came time to cast Mark Darcy, they couldn’t think of anyone more suitable than the original Mr. Darcy. His scene with the wet t-shirt has become “one of the most unforgettable moments in British TV history.” Firth has also expressed that he has no idea how the unlikable character of Mr. Darcy became this attractive man that women crushed on! “I thought it would be quite fun and liberating to play someone who was completely and utterly dislikable, unsympathetic, judgmental and snobbish. I didn’t have to think about bringing charm to the role – the way I saw it, I just had to stand there and make everyone hate me…then this weird thing happened where people liked him, which wasn’t what I was expecting at all! We’re 20 years on and I still don’t understand it,” he said.

Colin Firth participated in a “5 Facts About Me” for People magazine and in it he said his best hidden talent is archery of all things! It was a hobby that he picked up at school and when he started hitting all the targets more than the other students in his class he figured he was pretty good at it. “Archery was something I did at school, and I was able to hit the target better than most. I do have a bow and arrow and practice when I’m home in Italy. It’s very relaxing,” he wrote.

He met his current wife, Livia Giuggioli on the set of the South American film, Nostromo. He was 36-years-old and working in Columbia when he saw her from a distance and immediately felt a “bolt to his heart.” Ironically, similar to his first wife, he told Ellen that it was love at first sight. She came over and introduced herself and the rest is history! At the time, Livia was 27 and working as the film’s production assistant. Today she works as a producer and director. They live between their two home in London and her native country of Italy. Firth and Livia also have two sons together, Luca 15, and Matteo, 13, in addition to his son from a previous relationship with Meg Tilly. “She keeps me grounded,” he said in an interview with People. He also told The Sunday Times, “My family, my wife and children and a handful of very close friends are what have kept me going.”

One of Colin’s most adored films was in the holiday favorite, Love Actually. In the film he falls in love with Lucia Moniz’s character, a Portuguese woman who doesn’t speak English. The two share a funny and adorable scene when they both jump in the lake to save his novel from getting ruined after all the sheets fly into the water. What many people don’t know is that the lake was actually only 18 inches deep. While filming they had to walk on their knees and pretend like they were swimming in deep water. Unfortunately for Colin Firth, the water was covered with mosquito’s so he got badly bitten. His bites were so bad that he had to seek medical attention after his elbow swelled up to the size of an avocado!