Home » Entertainment » Celebrities » Cast Of Bridget Jones’s Diary: How Much Are They Worth Now?

Cast Of Bridget Jones’s Diary: How Much Are They Worth Now? 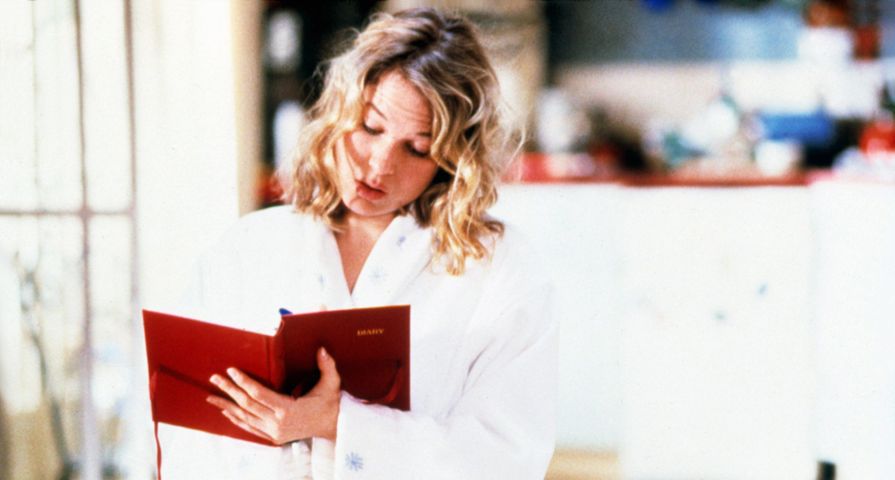 Bridget Jones’s Diary was one of the best romantic comedies of all time. The movie was created from Helen Fielding’s novel which is an reinterpretation on the classic story of Jane Austen’s Pride and Prejudice. Packed with huge stars like Renee Zellweger, Hugh Grant and Colin Firth the films have all received positive reviews from critics and was a major success at the box office. Zellweger was even nominated for an Academy Award for her role! The original film was released back in 2001 and has since spawned two sequels, Bridget Jones: The Edge of Reason and Bridget Jones’s Baby. The newest addition, Bridget Jones’s Baby, is set to be released on September 16 and we couldn’t be more excited! In preparation of the upcoming film, here’s a look back at the original cast to see how much they are worth today!

Estimated Net Worth: $25 million. This hunky English actor has been extremely successful in his Hollywood career. He’s starred and co-starred in countless films which have collectively earned over $3 billion worldwide! He has received high critical acclaim for many roles, but some of his biggest wins were an Academy Award, Golden Globe Award, two British Academy Film Awards and three Screen Actors Guild Awards. Now onto his money making roles! His most critically acclaimed role was his 2010 portrayal of King George VI in The King’s Speech, but his rise to fame occurred much earlier in the late ’80s when he appeared in the television adaptation of Jane Austen’s Pride and Prejudice. He’s primarily focused on film work, but like many of the other actors on this list he’s dabbled a bit in British television. Firth’s most notable film roles have been in projects like The English Patient, Shakespeare in Love, Bridget Jones’s Diary (and sequels), Conspiracy, Love Actually, What a Girl Wants, Nanny McPhee, Mamma Mia!, A Single Man, Tinker Tailor Solder Spy, Devil’s Knot, Kingsman: The Secret Service and Girl with a Pearl Earring. He also produced the films Loving and Eye in the Sky and is currently worth an estimated $25 million — although we suspect it’s even higher!

Estimated Net Worth: Unknown. Celia Imrie is a theatre, television and film actress who is best known for her roles in Bergerac, After You’ve Gone, Nanny McPhee, Calendar Girls, the Bridget Jones’s Diary franchise, Hilary and Jackie, Doctor Who, Kingdom and Imagine Me & You. She is well credited for her stage performances, collaborations with Victoria Wood and comedy sketches. She even won the Oliver Award for Best Supporting Performance in a Musical after reprising her role as Miss Babs in Acorn Antiques: The Musical! On the small screen her list of credits goes on and on, but her most recent series work has been in Legends of Tomorrow, Titanic, Vicious, Our Zoo, and Blandings. Imrie’s net worth is unknown most likely due to the fact that she primarily works with British television and doesn’t venture over onto American networks. However she is highly credited and maintained many roles over the years, so it is somewhat surprising. She’s probably worth an estimated $1 million.

Estimated Net Worth: $4 million. Broadbent is a well known voice and screen actor, as well as comedian! He’s received much critical acclaim for his roles in Moulin Rouge!, Little Voice, Topsy-Turvy, Iris, And When Did You Last See Your Father?, Another Year, The Iron Lady and The Damned United. His other notable film roles have been in all the Bridget Jones’s Diary sequels, Cloud Atlas, The Legend of Tarzan, Gangs of New York, Closed Circuit, Big Game, Brooklyn, The Lady in the Van, Eddie the Eagle and voicing characters in Paddington, Robots, Valiant, and Postman Pat: The Movie. He also held notable roles in two of the Harry Potter films, Harry Potter and the Deathly Hallows – Part 2 and Harry Potter and the Half-Blood Prince. On the small screen he’s received more critical acclaim for his roles in the television films Longford, The Young Visitors, The Gathering Storm and in series like The Street and Any Human Heart. Broadbent’s resume is stacked with credits and it just keeps on going! He’s currently worth an estimated $4 million for all his work.

Estimated Net Worth: Unknown. Faulkner is an actor who mainly does supporting roles and primarily works in British television and film. He’s had notable roles on the following shows: Hazel, I, Claudius, Downton Abbey and Da Vinci’s Demons. He’s best known for playing Uncle Geoffrey in the Bridget Jones’s Diary series and more recently for joining the widely popular HBO series, Game of Thrones as Randyll Tarly. He’s appeared in numerous films, but held small roles. His resume includes projects like The Good Shepherd, Hitman, X-Men: First Class, The Bank Job, Agent Cody Banks 2: Destination London, and Crimetime — just to name a few. James Faulkner’s net worth is unknown, most likely because he’s never held any leading roles. If we were to guess, he’s probably worth around $800 thousand.

Estimated Net Worth: $80 million. Hugh Grant needs no introduction, this British actor and producer has been working for the past 30 years with international fame since the mid ’90s. When it comes to television he’s primarily worked on BBC TV films or series. He is most definitely a film actor first and foremost. Collectively, his films have grossed more that $2.4 billion worldwide, received countless nominations and even earned a Golden Globe Award. It would be impossible to list off all of Grant’s work, but he’s most well recognized for his roles in popular rom-coms like the Bridget Jones’s Diary franchise, Music and Lyrics, About a Boy, Two Weeks Notice, Notting Hill, Love Actually, Nine Months, Sense and Sensibility and Four Weddings and a Funeral. More recently, he’s co-starred in films like Cloud Atlas, The Rewrite, The Man from U.N.C.L.E, Florence Foster Jenkins, American Dreamz and Did You Hear About The Morgans? Grant has the highest net worth on this list with an estimated $80 million.

Estimated Net Worth: Unknown. Jones is an English actress who’s best known for her role in Sense and Sensibility, Bridget Jones’s Diary and Woody Allen’s You Will Meet a Tall Dark Stranger. Jones has also held c0-starring roles in Bridget Jones: The Edge of Reason, Bridget Jones’s Baby, Wilde, Jane Eyre and The Theory of Flight. She’s also held roles in several of the high earning Harry Potter films. When it comes to the small screen, Jones is very active on British television. She’s held notable roles in projects like Marvelous, Unforgotten, Last Tango in Halifax, Ballet Shoes and Spooks — just to name a few. Gemma Jones is primarily works on films or television series made in Britain so, as a result, her net worth is largely unknown. We suspect she’s worth somewhere around $1 million.

Estimated Net Worth: $60 million. Renee Zellweger is one of the most successful actresses in Hollywood. Back in 2007 she was deemed one of the highest paid actresses and has received critical acclaim for her work including an Academy Award, three Golden Globes and three Screen Actors Guild Awards. Zellweger focuses primarily on film, but she has worked on the small screen. She was the executive producer for the Lifetime film Living Proof and appeared in a few TV films. Her real success is on the big screen where she’s most recognized for her role as Bridget Jones in the all three of the Bridget Jones’s Diary films. She starred in and was the executive producer for Miss Potter which also earned her a Golden Globe nomination, and held co-starring roles in huge projects like Cold Mountain, Me, Myself & Irene, Cinderella Man, Case 39, Chicago, Appaloosa, Jerry Maguire, Nurse Betty and Leatherheads — just to name a few. She’s also voiced characters in animated films like Bee Movie, Monsters vs. Aliens and Shark Tale. Renee Zellweger is now worth a whopping $60 million!