Things You Might Not Know About Bridget Jones’s Diary 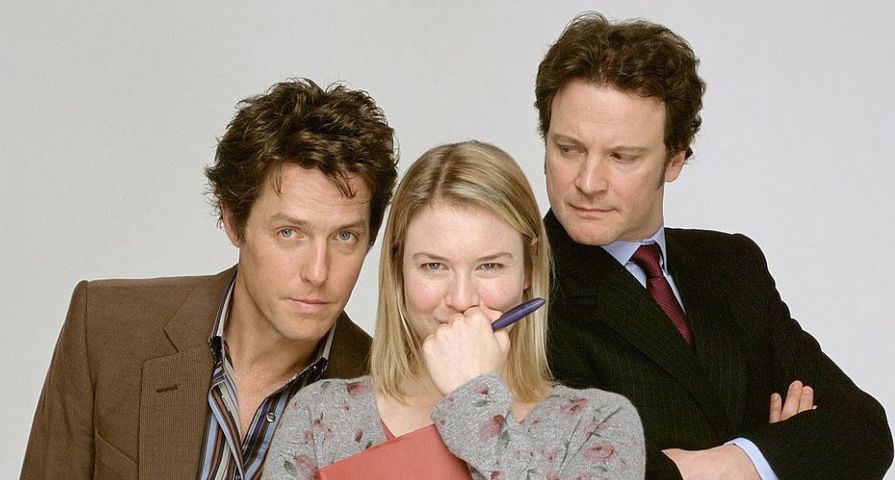 Bridget Jones’s Diary has gone down in history as one of the best romantic comedies of all time! Starring big names like Renee Zellweger, Hugh Grant, and Colin Firth, the film is based on Helen Fielding’s novel by the same name, an adaptation of Jane Austen’s Pride and Prejudice. It’s been 17 years since the original film was released which was a huge hit not only in the UK but worldwide! It received rave reviews from critics, made big bucks at the box office and even earned Renee Zellweger an Oscar nomination! The success of the film spawned two spin-offs, Bridget Jones’s: The Edge of Reason and Bridget Jones’s Baby. Fans have been invested in this film long before it was released because of the best selling novel, and now with all the films, it’s reached an even wider audience. We’ve collected a list of 10 things you probably didn’t know about Bridget Jones’s Diary:

In order to get the feel of what it was like working at a publishing house, Renee Zellweger worked at Picador in the UK for six weeks before she began filming Bridget Jones’s Diary. This was where Fielding worked while she wrote the novel Bridget Jones’s Diary. She was set up with the gig because a friend of hers who was a producer knew some people who worked there so he got her the gig. All of her coworkers who actually worked there had no clue she was studying their job for a film role. She told the staff she was there for work experience and used the name Bridget Cavendish. On more than one occasion she had to cut out tabloid stories about how awful it was that an American was playing “our Bridget.” According to her ‘fake boss’ at the time, she took it very well but did scribble the word “rubbish” in the margin of them. She also kept a photo of Jim Carrey on her desk which many people thought was weird, but what they didn’t know was that she was dating him at the time. 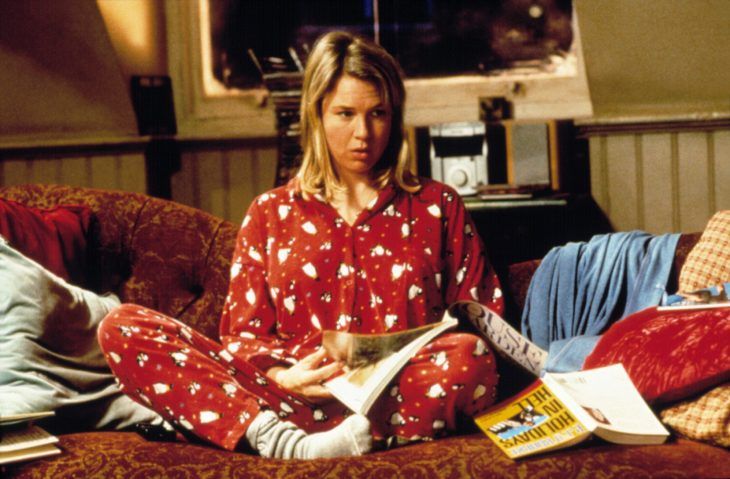 Another important thing Zellweger had to work on before she took the part was her accent! Originally from Texas, Renee Zellweger is far from British, so she had to work with an accent coach, Barbara Berkery. When they reunited for the sequel, Zellweger said she was appalled at how bad her accent had gotten in between filming the two movies. At the beginning of filming, she had to be kept away from Grant because his accent was robbing off on her making hers a little “too posh.” In an interview together, her castmates joked that she had a bit of a “Princess Margaret phase” and even Zellweger admits there was an hour or two when her accent became South African. She immersed herself in the culture by working at a publishing house so that she was around English accents and she lived in the UK for three months before filming. In the end, she mastered it and even received a lot of compliments about how well she did! 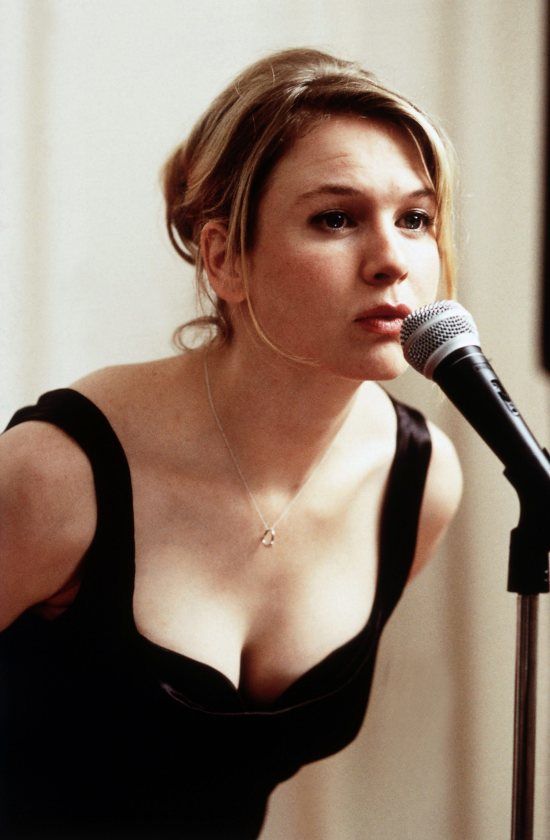 8. Started Out as a Column

When Helen Fielding first started out she was a columnist for Britain’s Independent newspaper. She wrote a series of columns that were loosely based on the romantic misadventures of Fielding and her 30-year-old friends. “The Independent asked me to write a column, as myself, about single life in London. Much as I needed the money, the idea of writing about myself in that way seemed hopelessly embarrassing and revealing. I offered to write an anonymous column instead, using an exaggerated, comic, fictional character,” she said. She then wrote the book, Bridget Jones’s Diary, which was turned into a film. Fielding has publicly stated that the book was inspired by Jane Austen’s Pride and Prejudice and oddly enough Colin Firth played Mr. Darcy in BBC’s adaptation of Pride and Prejudice. She then cast him to play Mark Darcy in Bridget Jones’s Diary — he was simply destined for that role! “And so I just stole the plot and then the book increasingly began to mimic and nick stuff from Pride and Prejudice. But it’s a very good plot and I thought Jane Austen wouldn’t mind, and anyway she’s dead,” Fielding joked. Several of the characters are based off real friends in her life. For example, she developed the character of Shazza who is based on her actual friend, Sharon Maguire. Maguire was then hired on as the director of the film. 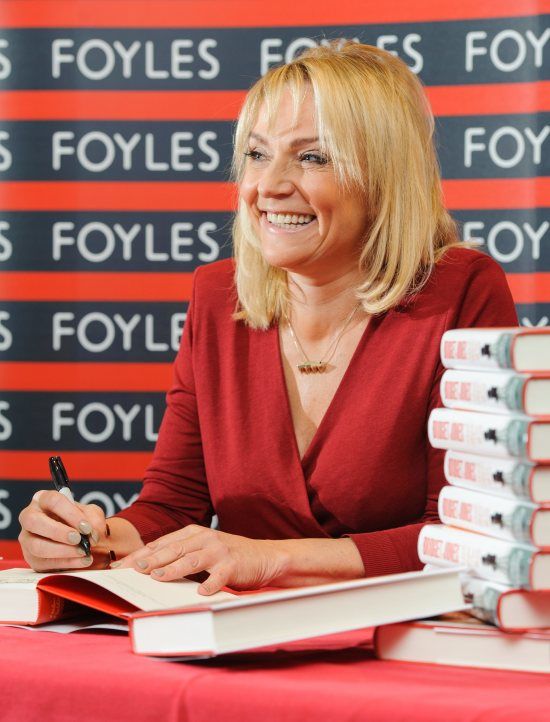 The fight scene between Hugh Grant and Colin Firth was totally improvised and not choreographed at all. “They always try to make it look so Hollywood. You know, we fight the way two middle class educated Englishmen would fight. Which I’ve always maintained would be sort of girlie and cowardly, you know? With squealing!” This makes the whole scene so much funnier! The only part where they used stunt men was when they went through the window of the restaurant and Grant describes them as two men in really bad wigs. Writer Denise Martin recalled the hilarious fight scene in an article for Vulture. “The fight between Mark Darcy and Daniel Cleaver. No stunt coordinators. No elaborate choreography. Just a perfectly realized wimp brawl between two upper-middle-class Englishmen coming to awkward fisticuffs in front of a Greek restaurant. Air kicks. Clumsy swings. ‘It’s Raining Men’ in the background. The fight ends quickly with both men facedown in the street, and Bridget, quite rightly, unimpressed.” 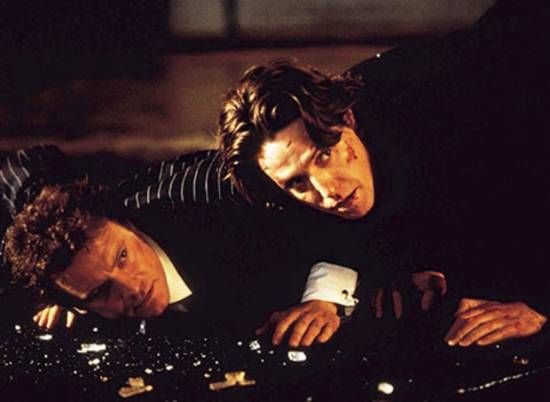 The snow scene was inspired by It’s a Wonderful Life — but there was only one problem. The filming took place in the middle of summer! When Bridget returns to her parent’s house in Snowshill at Christmas the production team had to create a ton of fake snow because it was actually filmed in the middle of summer.  The house used was owned by two local residents, John and Jill Hooper, who got to meet several of the cast members. They also contacted the National Trust staff car park to film interior shots of Bridget in the car with her parents. Not only did they have to cover the entire village in artificial snow, but because it was the middle of July, they had to cut up flowers, decorate homes in Christmas decor, put up Christmas trees and lights. 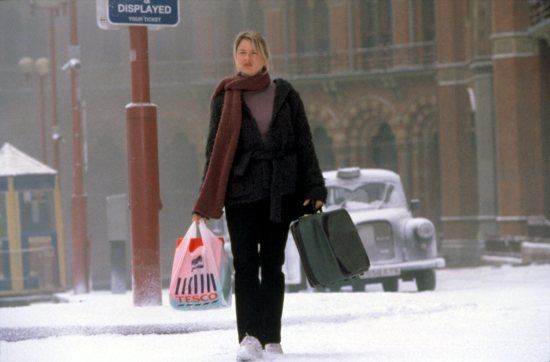 There have been a lot of rumors that Hugh Grant wasn’t interested in the movie at first and that it took a lot of work from the producers in order to get him on board. The only reason he signed on to do the project was because Richard Curtis joined the team as a writer. “The only reason [I was a hard sell] was because I didn’t feel they had the script quite right for a long time. And I kept saying, ‘It’s not working. Just get Richard Curtis to come in and help rewrite it.’ Eventually, they did, and as soon as Richard came on board, I signed on the dotted line. So that’s all it was,” said Grant in an interview with Cinema.com. Once he took it on he was thrilled because he finally had “a character that was nearer to the real me.” He had previously taken on the nice guy role in Notting Hill and Four Weddings. 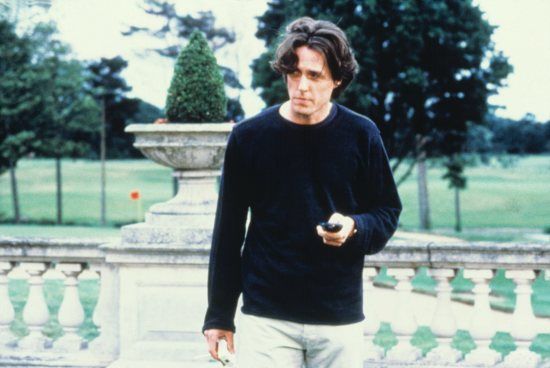 Finding the perfect actress to play the part of Bridget took two years! Producers considered many different women for the role like Cameron Diaz, Cate Blanchett, Emily Watson, Rachel Weisz and Kate Winslet, who was only 24 at the time and deemed too young. Toni Collette also said she turned down the part because she was too busy at the time. When asked how a Texan-bred girl won such a coveted British role, Zellweger said she wasn’t quite sure. She doesn’t remember ever coming to an agreement, but kind of felt like she was on a trial basis the whole time until the film was finished. A lot of people weren’t happy an American was playing the part, even Hugh Grant admitted to raising an eyebrow when he heard about it. “I can’t pretend that I didn’t slightly raise an eyebrow myself when her name was brought up. I knew she was a brilliant actress, and I knew she had all those lovable, slightly victim qualities that you need. But I just know from experience that accent wise, even if you’re an accent genius, crossing the Atlantic is the hardest thing in the world either way.” Now that the film has three installments, we can’t imagine any other person playing the part of Bridget and she did such an amazing job that her performance even earned her an Oscar nomination. 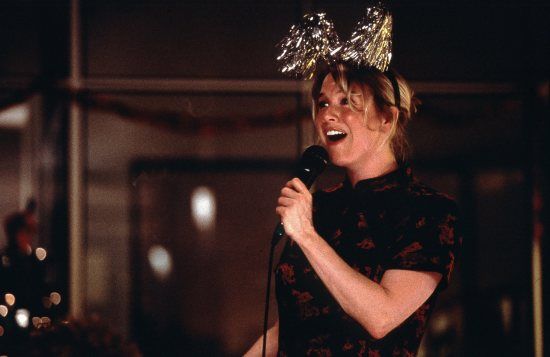 A former gymnast and longtime athlete, Zellweger hated gaining weight for the role. She had to gain about 20 pounds which was something she did not enjoy because she has a naturally thin body. Zellweger consulted with a dietitian and endocrinologist while putting on the weight and they devised a meal plan which required her to eat three full meals a day, multiple snacks and no exercise. In many different interviews, she said she ate lots of beans on toast, croissants, cheesecake, biscuits, pizza and pasta — all of the things an actress would typically shy away from! Any other person would jump at any opportunity that gives an excuse to eat all of those things, but Zellweger has made it clear this was not for her. “I had a panic attack with all the specialists talking about how bad this is for you long-term, putting on that much weight in short periods of time, and they’re all saying, ‘You must stop this now or you’re going to die,'” she said in an interview with The Evening Standard. Then after filming wrapped up, she’d have to quickly lose it all to get back to her normal self. When it was decided they’d make a sequel, she had to do it all over again. 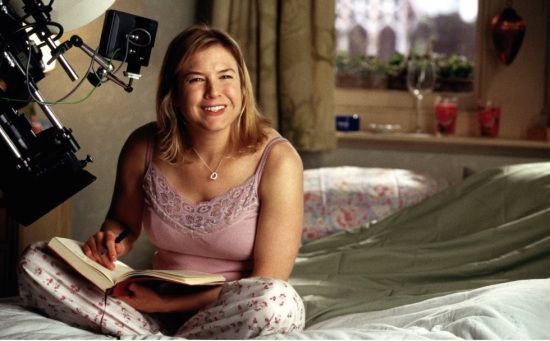 2. A Drop of Chardonnay

In the year following the release of Bridget Jones’s Diary, the sales of Chardonnay dropped by 7.5 million. Wine experts have gone on record to suggest that Bridget Jones’s Diary could be the culprit for the drop in sales because the film gives the beverage a bad rep. Expert Oz Clarke said, “Chardonnay has made some of the world’s greatest wines, everyone appreciated it – until Bridget Jones. Bridget Jones goes out on the pull, fails, goes back to her miserable bedsit, sits down, pours herself an enormous glass of Chardonnay, sits there with mascara running down her cheeks saying, ‘Dear diary, I’ve failed again, I’ve poured an enormous glass of Chardonnay and I’m going to put my head in the oven,’ Great marketing aid.” 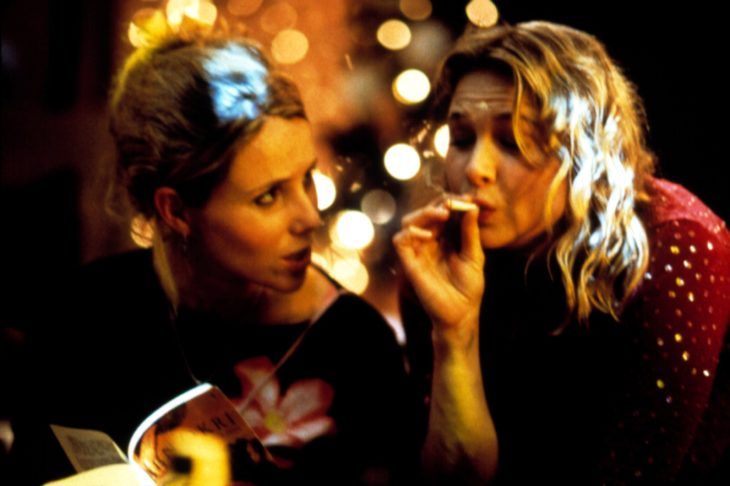 1. A Trilogy of Firsts

Bridget Jones’s Diary was memorable for a lot of reasons, but mainly because it was the first of it’s kind. It’s not often that a romantic comedy spawns two sequels while maintaining the entire original cast (aside from Hugh Grant in Bridget Jones’s Baby). The Bridget Jones series became the first and only romantic comedy trilogy of the new millennium, and the only one where the lead actress is the same in all three movies. The only other movie that managed to this was The Prince and Me in 2004, but none of the sequels were released in theater and it didn’t have the same lead actors. In addition to being the first successful rom-com trilogy, it was the first movie trilogy to be directed exclusively by female directors. 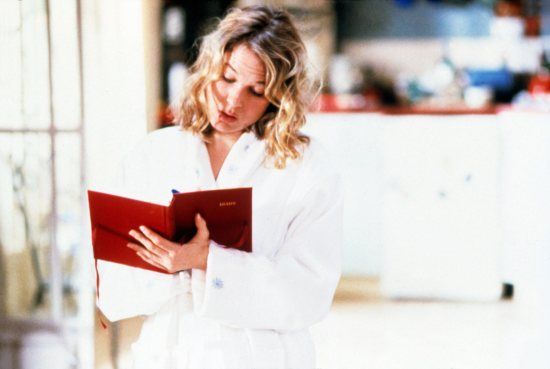