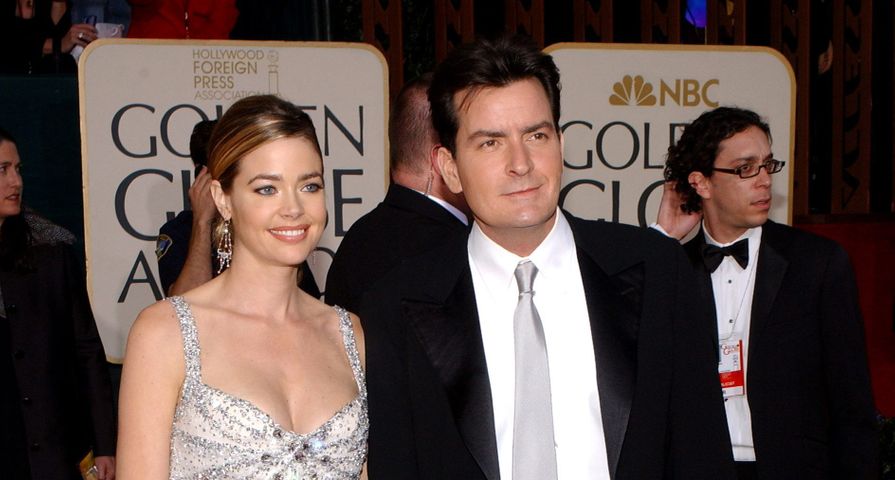 Charlie Sheen and Denise Richards were together from 2001 to 2006, and even though they seemed crazy about each other for a good part of their relationship, their divorce and post-divorce life has been so messy that most of us forget that they were ever in love to begin with. It’s been over a decade since their union came to and, so we’ve collected these 9 things that most people don’t know about their relationship:

They met while filming Good Advice in 2000, but it wasn’t until Richards guest starred on Spin City the following year that they began dating. At the time, Sheen had a reputation as a bad boy, but he had cleaned up his act back in 1998. On their first date, they hung out in Sheen’s condo watching the World Series. Richards was the one who made the first move that day. “We had an awkward little moment by the door. I thought, is he going to kiss me? Do I make a move first? Do we not kiss at all? When he hesitated, I thought, screw it. I’ll be bold and make the first move – and so I planted one on him. It was spectacular. Definitely butterflies,” she wrote in her memoir Real Girl Next Door. 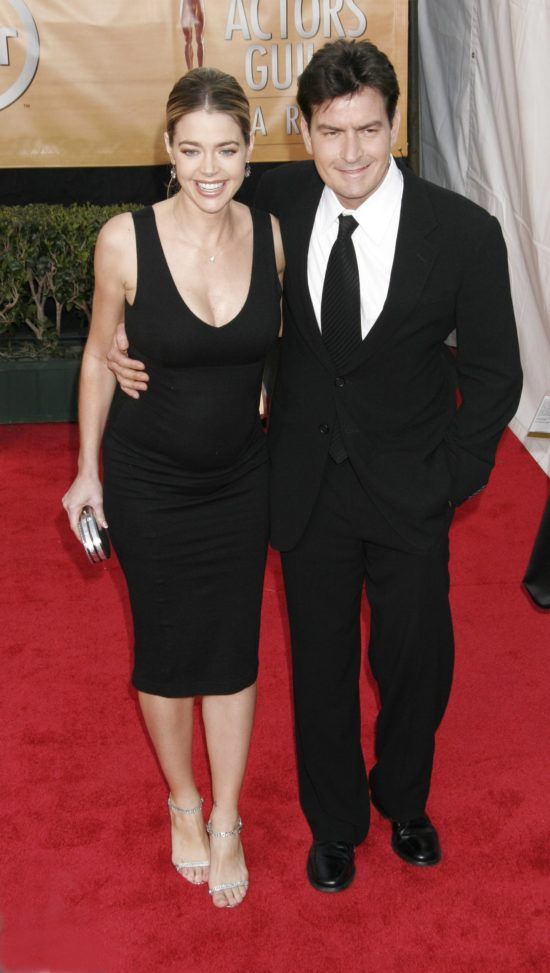 By their second date, the former Bond actress knew that the Spin City star was the one. “I knew that this is the one, but I wouldn’t tell him that. I didn’t want to scare him away by saying, ‘You’re my future husband!’ and have him run for the hills,” she told People. 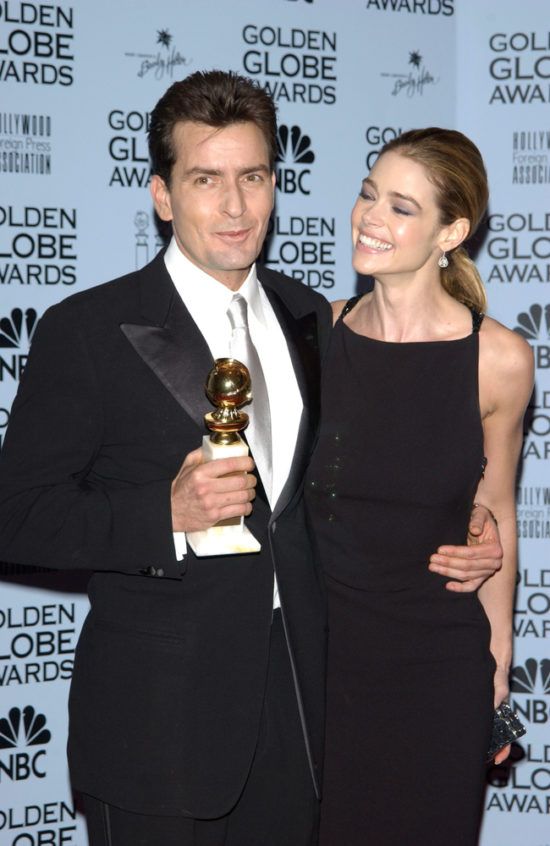 During their relationship, Charlie was the neat freak – not Denise. “I’m very messy and Charlie’s very neat, OCD,” she told People. Charlie countered that with, “I’m trying not to be a militant freak about organization – even though I think there’s a lot more benefit to a linear environment.” 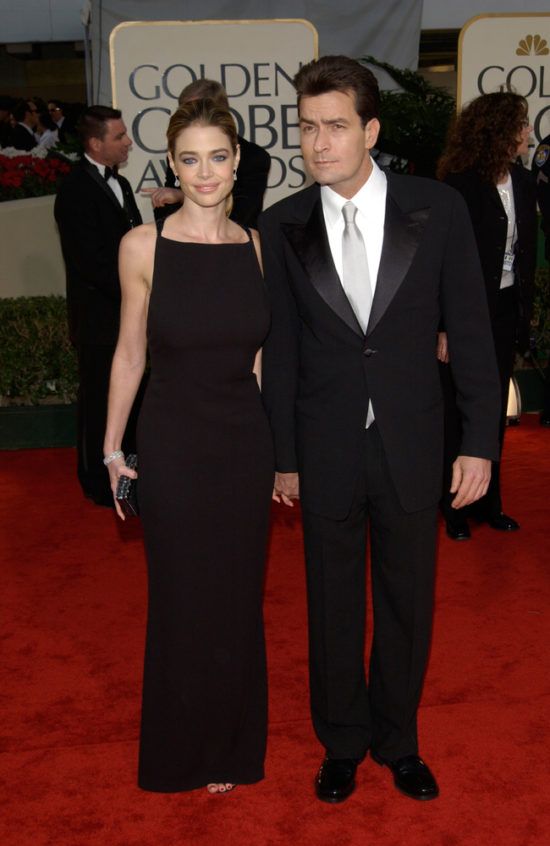 On December 26, 2001, the actor proposed to Richards. He didn’t take the decision to propose lightly. He first ran the idea by his therapist, who was in full support, and then worked with designer Barry Kagasoff to create an engagement ring. The final product was a 4.3-carat solitaire diamond set atop three rows of 100 tiny diamonds. 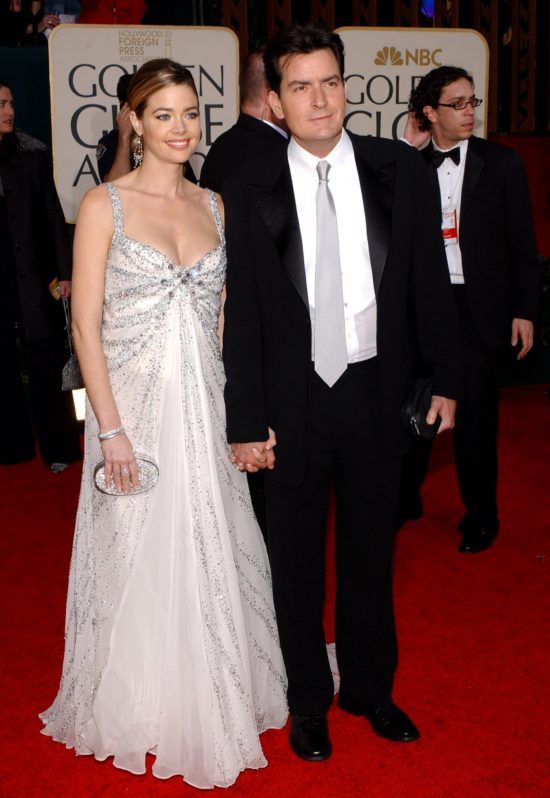 During their engagement, the Two and a Half men surprised the Wild Things actress by getting a tattoo of her name on his wrist. After they were married, she decided to get a similar tattoo of his name. Following their divorce, she had tattoo artist Kat Von D transform the tattoo of his name into fairy. Sheen followed suit. He had his “Denise” tattoo removed from his wrist and he promised his fiancé at the time, Brooke Mueller, that he would have the rest of the tattoos he got in honor of his ex-wife removed as well. 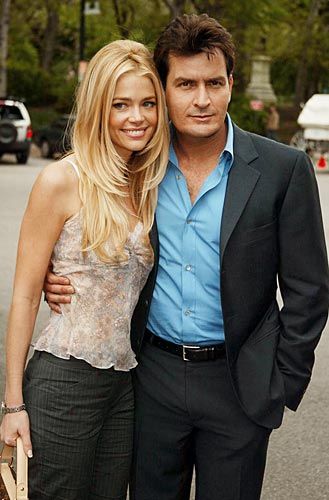 Source: Women on the Fence

They were married on June 15, 2002 in a Roman Catholic ceremony at the estate of Spin City creator Gary David Goldberg. Richards wore a white satin Armani gown with a crystal beaded jacket while Sheen wrote a two-button Armani tuxedo. It was the first marriage for Richards, but the second for Sheen. He married Donna Peele in 1995, but they divorced after a year. 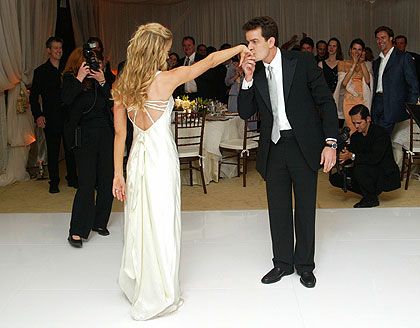 Denise and Charlie briefly separated in 2005 when Denise was seven months pregnant with their second daughter Lola. She filed for divorce in March 2005, but the couple began rekindling their romance after Lola was born. The reconciliation, however, was short-lived. In January 2006, she filed for divorce again. 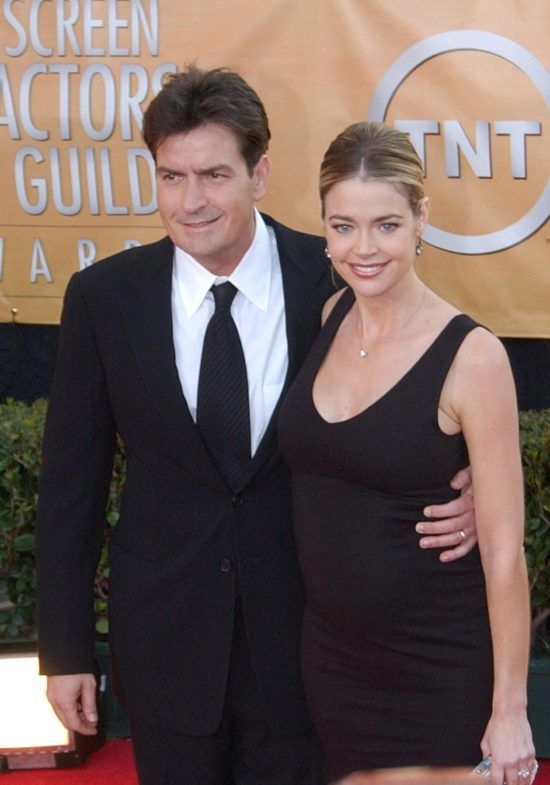 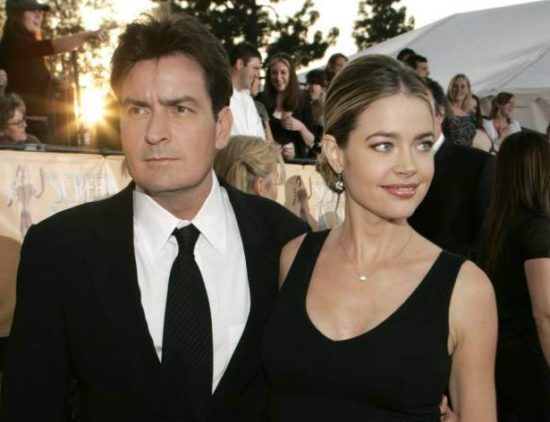 In recent years, Charlie and Denise have continued to oscillate between being friendly exes and enemies, mostly because of his emotional instability. When his ex-wife Brooke Mueller went to rehab in 2012 and 2013, Denise took their twin boys and tried to get them help for their violent behavior, but she was prevented from doing so by their mother. In 2014, Charlie and Denise’s relationship suffered again when he began dating former porn star Brett Rossi. He kicked Denise and their children out of the mansion he bought for them in his gated community and also stopped paying her child support. In 2016, she sued Charlie for raiding a $7 million trust that was meant for their daughters, Sam and Lola, and for evicting them for the home he bought for them. 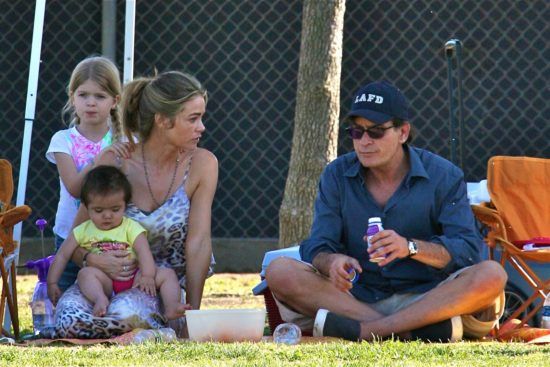