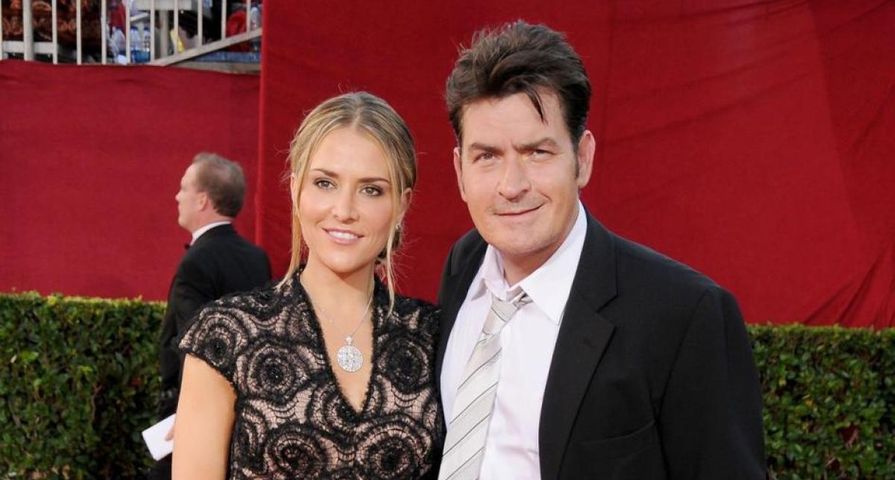 Brooke Mueller and Charlie Sheen had an extremely tumultuous relationship that was on-again-off-again and riddled with legal issues and rehab stints. After all the mud slinging in the press it’s hard to remember what their relationship was like before their separation, especially since it didn’t last long. It’s been nearly a decade since they got married and since divorced — here’s a look at 7 things you probably didn’t know about Brooke Mueller and Charlie Sheen’s relationship!

Brooke Mueller seemed like a good change for Charlie Sheen, who was reeling from a nasty custody battle with his ex-wife, Denise Richards. Not much was known about Mueller when they first started dating, except that she had gone from working as a real estate agent to walking the red carpet on the arm of the then-highest paid actor on television. She had also been trying to make it as an actress, but was unsuccessful. It was Grey’s Anatomy star Eric Dane and wife Rebecca Gayheart who introduced Sheen and Mueller back in April 2006 at a birthday party for director Brett Ratner.

He proposed to Denise in June 2007 while on vacation in Costa Rica. They tied the knot nearly a year later in front of 60 friends and family at a private estate in Beverly Hills in May 2008. By September 2008 she was pregnant with twins, Bob and Max, who were later born on March 15, 2009. At first things seemed perfect between the two. “We wake up laughing and go to bed smiling and we’re just blessed to have found each [other.] We fell in love very fast,” said Charlie Sheen in an interview with Access Hollywood. But that was short-lived.

On Christmas Eve in 2009, a now infamous incident took place in their family home in Aspen, Colorado. According to the police report, Sheen allegedly pulled a knife on Mueller and held it to her throat. Mueller called the police, had Sheen arrested on allegations of domestic violence and later tried to recant her statement, but it was already in the hands of the police. Sheen said the fight started after Mueller got jealous because he shared a Christmas song with his daughter from his previous marriage. He eventually pleaded guilty to the charges, served 30 days in rehab and probation, and attended 36 hours of anger-management counseling.

According to a family friend who talked to the Australian magazine Woman’s Day, Sheen and Mueller’s relationship started to go South as the two realized they were polar opposites. As a former party girl, she loved to be social and go out while Sheen liked to stay home. They both had a history of using drugs and alcohol, and in the midst of all their fighting, they both started drinking and using again. Sheen and Mueller both checked into rehab after the incident in Aspen and separated.

Mueller was awarded a restraining order against Charlie Sheen in March 2011 after she began making a string of allegations against her former spouse. She accused him of making reference to having people killed and that he called his manager, Mark Burg, a “stoopid Jew pig.” She also said Sheen had been physically violent prior to the Christmas Eve incident. In a sworn statement in court she said: “In October 2009, [Sheen] knocked me to the floor causing me to hit my head on the corner of a couch. I was knocked unconscious and required medical attention, including a CAT scan.”

The troubled stars filed for divorce in November 2010 after only two years of marriage, and cited December 2009 as the date of their separation. Even though their time together was short, they made a lot of headlines with legal troubles and rehab stints. The divorce was finalized in May 2011 and Sheen was ordered to pay Mueller $55,000 a month in child support, and $1 million to take care of the house, as well as a lump sum of more than $750,000. Even though Sheen tried to get primary custody of their two sons, especially since Mueller was doing a second stint in rehab during their divorce proceedings, it was denied and they were to have joint custody. Sheen’s first wife, Denise Richards had temporary custody of the twins in 2013 during one of Mueller’s many stints in rehab.