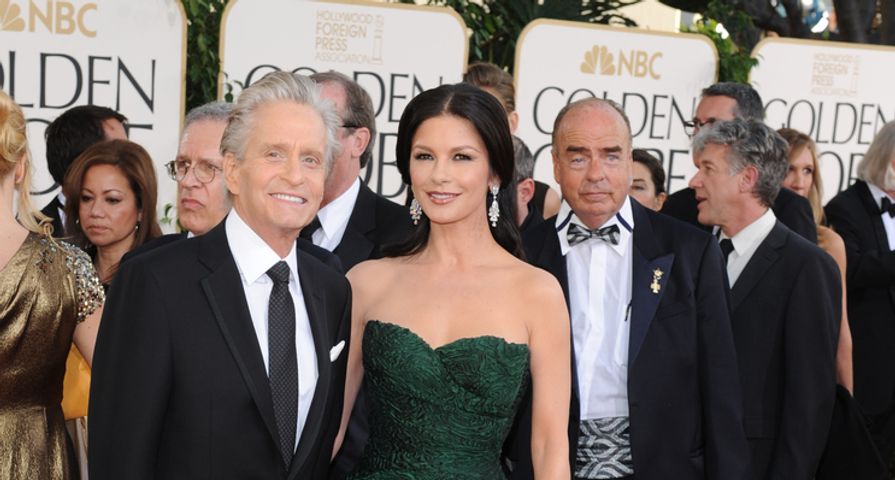 Michael Douglas and Catherine Zeta-Jones have been married for seventeen years now, which is quite the feat, especially if you take into consideration how mismatched they seemed when they first started dating. He was this lothario who was 25 years (to the day) her senior and she was just another up and coming actress. Many assumed that it wouldn’t last, but here we are! They are still together and still going strong. In celebration of their anniversary, here are 9 things you didn’t know about the power couple:

They met in 1998 at the Deauville Film Festival in France. Douglas was the one who made the first move. He had admired her since her role in The Mask of Zorro, so he asked his publicist to see if he could meet her for a drink, which she accepted. The drink date was going well until he told her that he was going to be the father of her children. She wasn’t into it and told him that she’d heard all about him and that it was time for her to say good night. He managed to salvage things though, by sending her some flowers with an apology the next day. 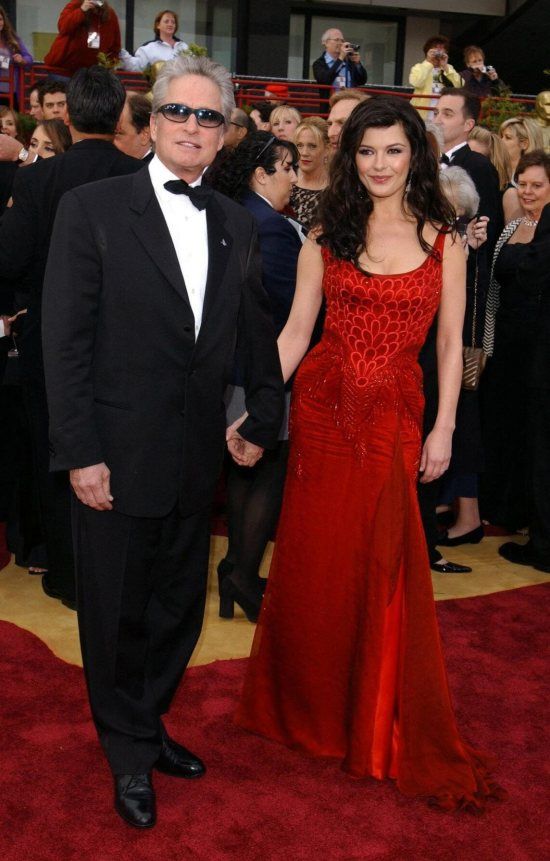 Michael and Catherine didn’t start dating seriously until March 1999. They tried to keep their relationship as low-key as possible because he was still divorcing his first wife, Diandra, and he didn’t want anything to affect the divorce agreement that they had been working on. Unfortunately, when Diandra caught wind of the relationship, she went to People magazine and said, “Before Michael can marry, he has to divorce me – or become a Muslim so he can have two wives.” 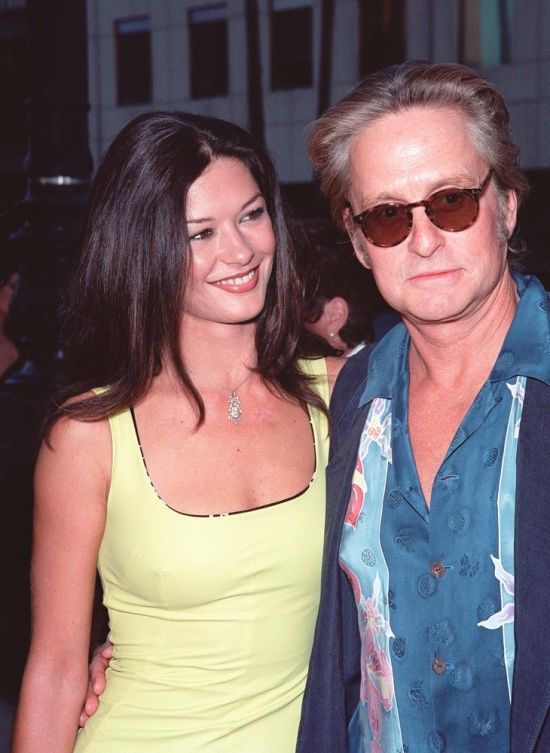 The Wall Street actor proposed to his Welsh girlfriend on New Years Eve 1999 while they were vacationing in Aspen, Colorado, with a 1920s antique by Fred Leighton that reportedly cost $1 million. Before they went to Aspen, they had flown to Wales to celebrate Christmas with Catherine’s parents, who were both three years younger than her beau, Michael.

They were married at Manhattan’s Plaza Hotel in November 2000. There were 350 guests – which included celebrities like Goldie Hawn, Jack Nicholson, Meg Ryan and U.N. Secretary General Kofi Annan – a lobster and lamb dinner, a 10-tier cake and an entertainment lineup that included Gladys Knight, Art Garfunkel, Jimmy Buffett and Bonnie Tyler. In total, the wedding cost a reported $1.5 million.

The actor and actress reportedly had a falling out when they were negotiating their prenup. She allegedly wanted him to pay her $3 million for every year that they were married if the marriage went south. In the end, she ended up getting close to what she wanted. Instead of $3 million per year of marriage, she gets $2.8 million a year for every year that they are married and she was quite happy with that. “I think prenups are brilliant,” she said. “I get taken care of very well.” 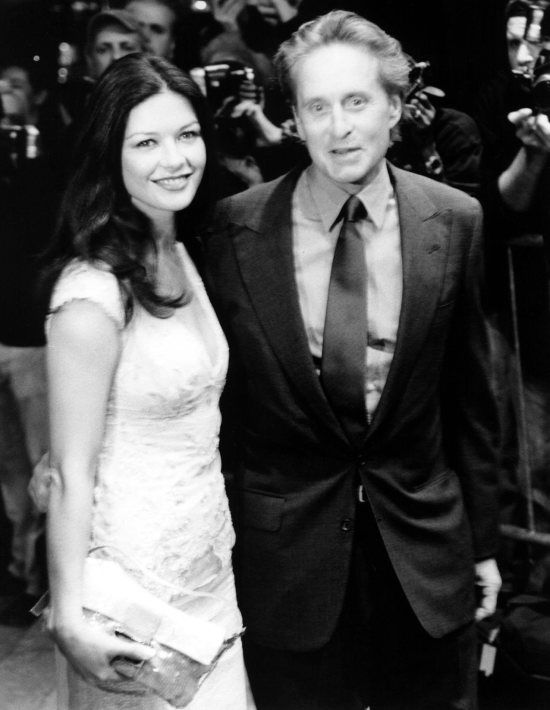 Together, Zeta-Jones and Doulas have two children, a son Dylan Michael and a daughter Carys Zeta. Their son, Dylan, was born three months before their wedding. Douglas also has a son from his first marriage to Diandra named Cameron, who has encountered his fair share of legal problems because of his addiction to drugs. In August 2016, he was released from his prison after having spent seven years behind bars.

After the Welsh actress won an Oscar for her supporting bit in Chicago in 2003, the actor-turned-producer took a career break so that he could stay home with the kids. “I’m not driven like I once was – these days I am consumed with being a father and with my responsibilities as a husband. I never anticipated starting a family at my age. I’m genuinely happy to let Catherine work, while I stay at home with the children. I cherish this time,” he told The Guardian in 2010.

In 2013, the couple separated after 13 years of marriage. They were having difficulties because of Douglas’ tongue cancer diagnosis, which he successfully recovered from, and her struggles with bipolar disorder. In 2010 and 2013, Zeta-Jones entered treatment programs to help her with managing her illness and all of this combined ended up taking its toll on their marriage. 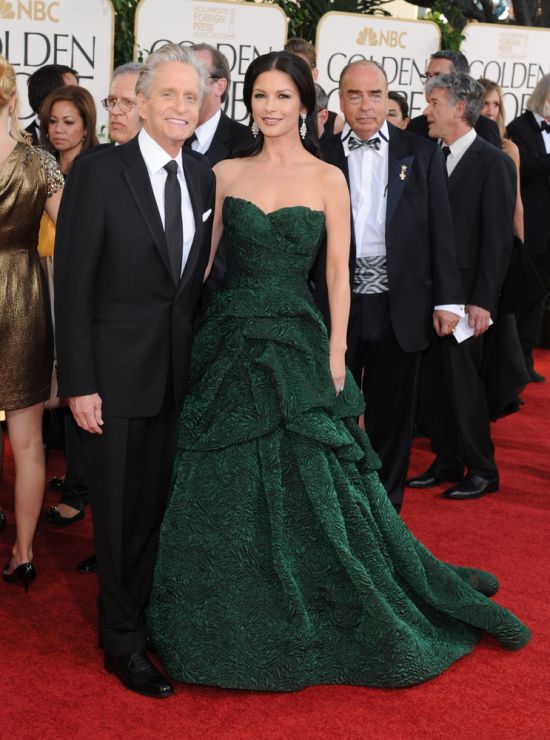 Despite being on the brink of a divorce in 2013, Catherine and Michael reconciled in 2015. According to Michael, it took a lot of hard work on both their parts. “It can’t be a one-way street,” he said on The Ellen DeGeneres Show. “But I’m crazy about her. And yeah, I think every couple has their difficult times. The only problem is, as you well know, we’re all in the public eye, and it tends to get a little more exposed than most.”