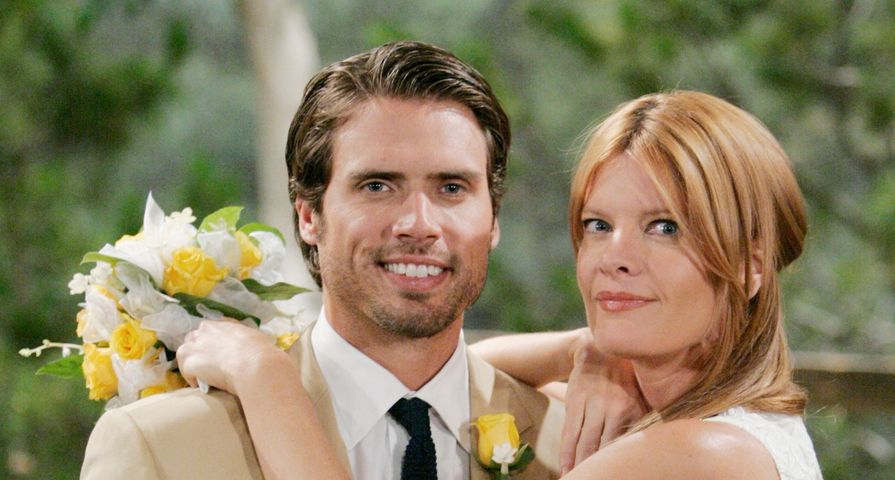 Chemistry. It can make or break a real-life romance and it can do the same for a soap opera supercouple. Sure, there are countless lovebirds who have hooked up over the years on daytime television, some who viewers have loved, and some who fans simply could not relate to. Then there are those couples – whether you like them together or not – that keep the audiences glued to their television screen, thanks to the undeniable chemistry between them. Below are nine soap opera couples with the best chemistry.

These two won’t be making it to the wedding alter any time soon and perhaps they aren’t the best fit as a couple, but what this General Hospital (GH) duo does have is chemistry. And there’s plenty of it. Despite their age difference and the fact that Morgan has had an on-again/off-again relationship with Eva’s daughter Kiki – these two can’t keep their hands off of each other…and they have a habit of doing so behind Kiki’s back. Unfortunately, the constant lies and scheming from Ava continually keep these two apart, which is probably a good thing in the long run. 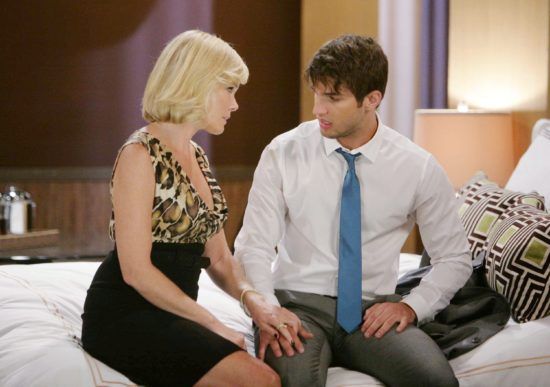 8. Daniel Jonas and Nicole Walker – Days of Our Lives

Good guy doctor meets bad girl with a soft heart. That is the best way to describe Days of Our Lives (DOOL) supercouple, Daniel Jonas and Nicole Walker. What makes them such a perfect chemistry match? It could be the fact that both individuals are extremely good looking or perhaps the compelling storyline the duo have. One might even speculate that, as they are currently a real-life soap couple, they get a lot of practice doing those incredible love scenes on and off the DOOL set. 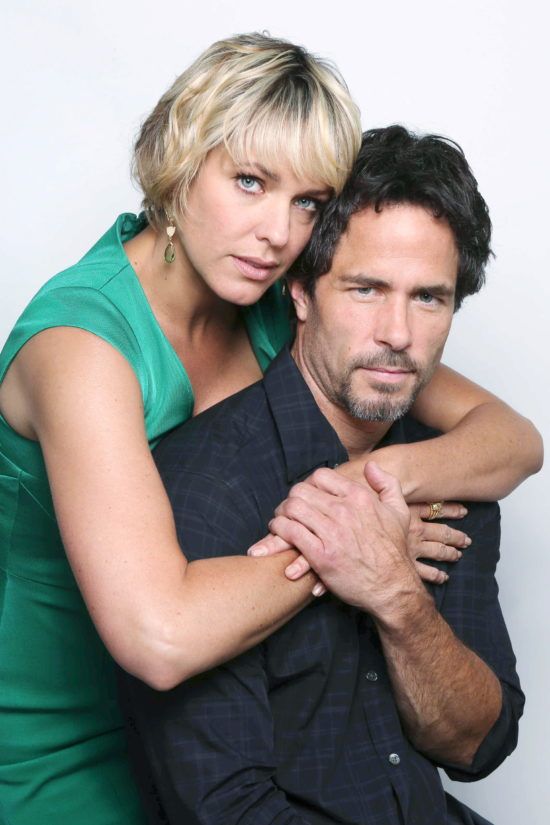 7. Adam and Sharon Newman – Young and the Restless

These two were simply wrong for each other from the get go, however Sharon Newman’s love affair with the bad brother of the Newman clan had Young and the Restless (Y&R) fans tuning in weekly to check out their steamy love scenes. While Sharon’s first love has always been her high school sweet heart, Nick (Adam’s half-brother), she couldn’t resist the temptation that Adam brought. At first she didn’t see the master manipulator for what he was, even when the truth came out. Sharon could not stay away and was almost under a spell with Adam. While their relationship is a thing of the past and better to stay in the past, some fans might not have liked the pairing of Adam and Sharon; however, even they couldn’t deny the chemistry between these two. 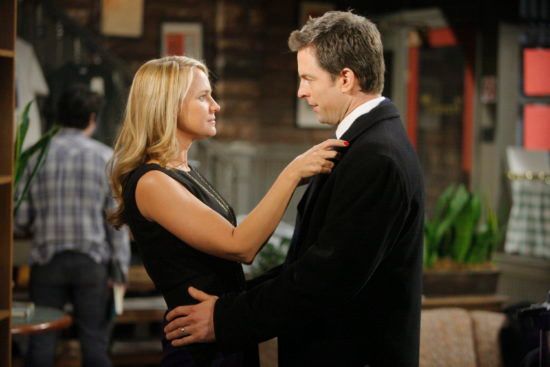 Despite re-casting changes that took place in 2013, where GH viewers saw longtime fan favorite Julie Marie Berman leave the show. After being replaced by Emme Rylan of Y&R fame, the couple of Lulu and Dante simply did not miss a beat and have kept the chemistry alive in their relationship. Sure, they have currently hit a bump in the road, but as one of GH’s supercouples they have a good mix of friendship, romance, and a ton of chemistry between the two. Of course Lulu has probably learnt a thing or two as the offspring of supercouple Luke and Laura. Still, chemistry is not taught, it simple is – and Dante and Lulu clearly have it! 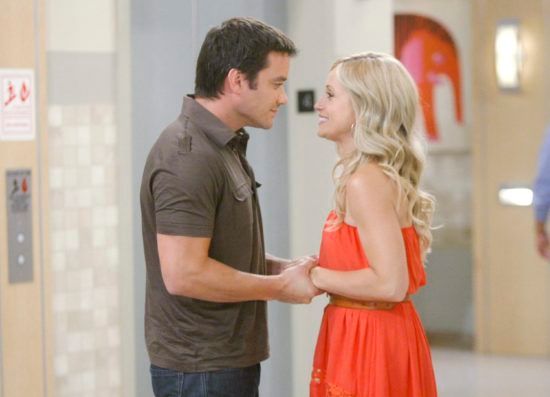 5. Chad DiMera and Abigail Deveraux – Days of Our Lives

Good girl Abigail Deveraux has tried to stay away from bad boy (with a soft heart) Chad DiMera for many years now on DOOL. At the end of the day, the chemistry these two lovebirds share continually keeps them coming back into each other’s arms. With undeniable chemistry, these two also have a long history together that is wrapped in love, lies, and deceit. What keeps them going back? Chemistry, that’s what. How else can you explain the fact that Abigail jumped into a relationship with Chad, despite her initial reservations that he was a DiMera? Or that Chad was somehow able to get past Abigail’s affair with E.J., his brother? Now, they are wrapped up in a love triangle where Abigail is pregnant with Chad’s baby, but claiming that Ben Rogers is the father. Drama and conflict may keep these two apart, but their chemistry will always win over in the end. 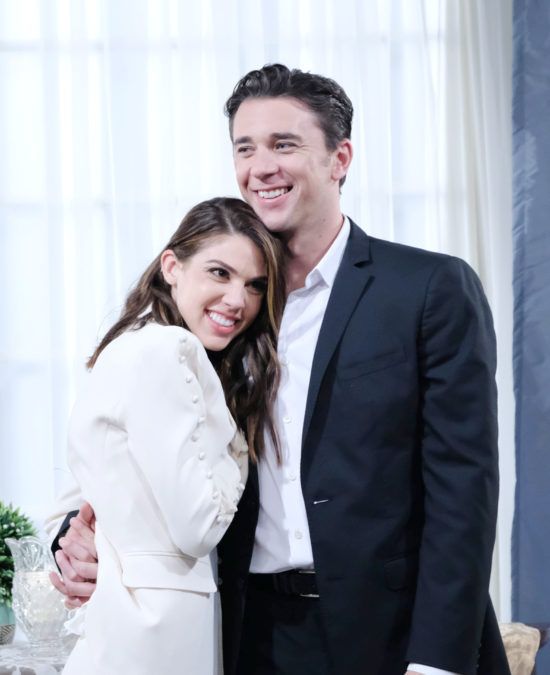 4. Billy and Victoria Abbott – Young and the Restless

These two lovebirds built a relationship that grew into a family, which stemmed from a one-night stand. Their chemistry was intense when Billy Miller was in the role of Billy Abbott. But since the character was re-cast a few times since Miller’s departure in 2014, the couple has lost a bit of its chemistry. Still, the unlikely pairing of playboy Abbott and straight-cut executive Victoria Newman has always kept fans entertained and intensely watching what these two will be up to next. Sure, they fight a lot – but the making up is what has landed this couple on the best chemistry list. 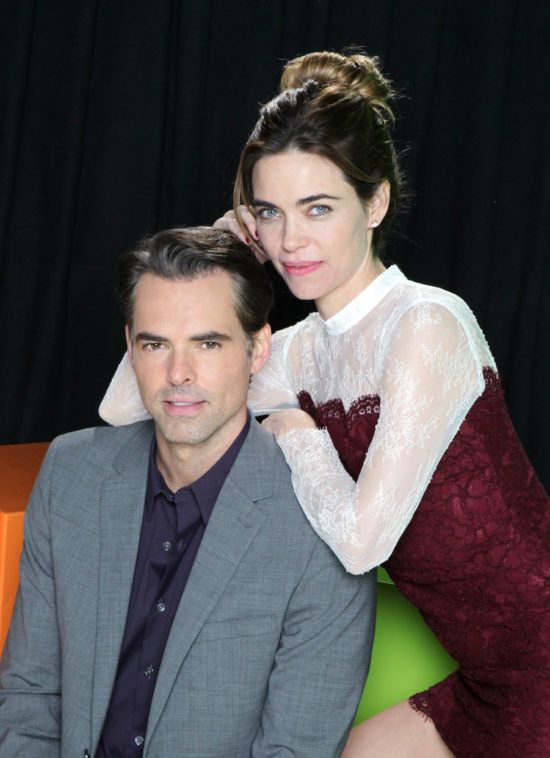 When these two come together, Days fans can either expect an explosion of words or sparks flying in the bedroom. Either way, audiences know they will be entertained. The love/hate relationship that E.J and Sami experienced during their years on DOOL is something that only fans of the show can really understand. Sure, DiMera constantly used their children against Sami, and in turn, Sami tried to kill E.J. twice within their relationship, but there was something about their disdain for each other, which transformed into a turn on for both of them that helped to keep their chemistry alive and well. In fact, some of their craziest love scenes arose during or after a fight between the two. They may not have had the most stable relationship in daytime history, but they sure did have one that was filled with incredible chemistry. 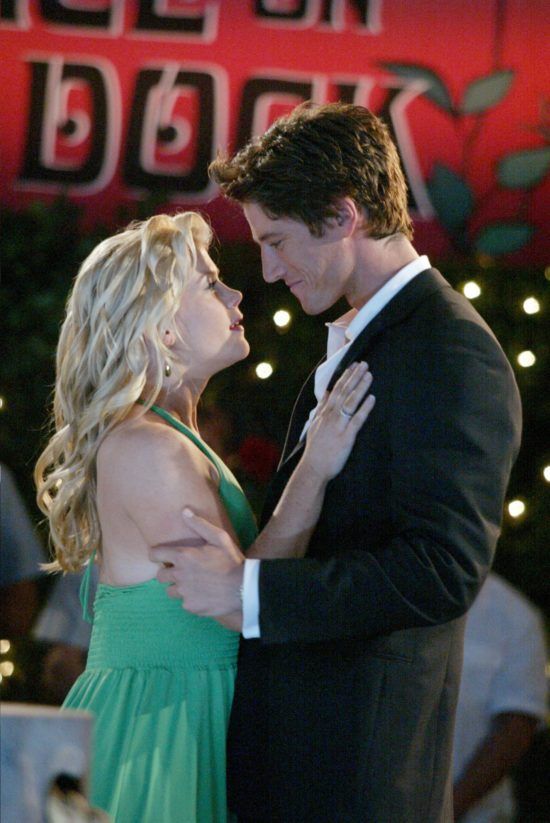 2. Nick Newman and Phyllis Summers – Young and the Restless

These two simply could not keep their hands off each other in 2005 when they first came together. So much so, that Phyllis’ son Daniel caught them in the act at one point (gross and awkward). While their love affair resulted in their respective divorces, as Nick was married to Sharon and Phyllis was married to Jack at the time. It also resulted in one of the best supercouples in Y&R’s history. They not only had tremendous chemistry, but a solid relationship built on fun antics, romance, and of course, video games. While they have moved on, it’s been hard for Phyllis to really let go of Nick over the years, and seemingly still holds some sort of torch for the handsome son of Victor Newman. 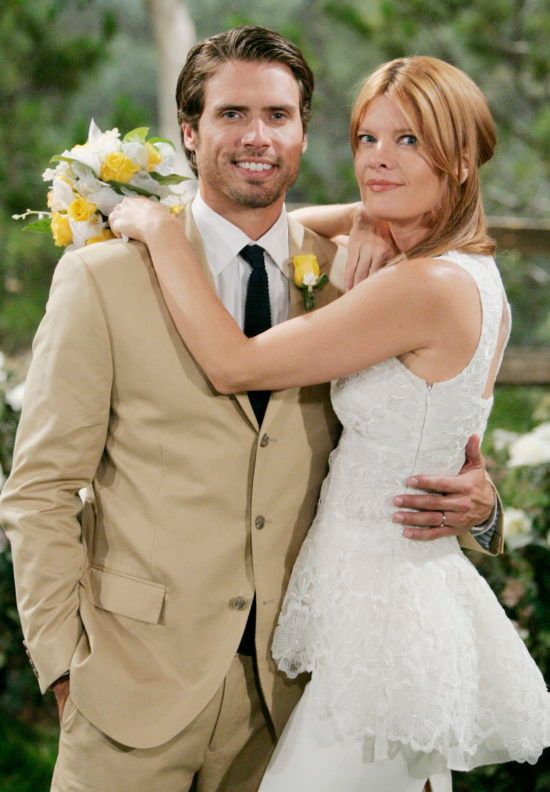 All it takes is one shot of Sonny looking at the beautiful Brenda and GH viewers can feel the on-screen chemistry that ignites between these two strong characters. They top the list, because while Sonny is currently with Carly (another chemistry-filled GH relationship), if Brenda were to swoop into Port Charles, all bets would be off. Despite a twenty year romance, there is still a tremendous amount of chemistry between these two soap opera veterans. Perhaps it is because nothing has really kept them apart other than bad timing, and Sonny’s attempt to protect Brenda from his lifestyle. Is there anything else more heart-breaking than two people who are afraid of their intense love? It almost seems like the duo is overwhelmed by their chemistry. Regardless, whenever these two do come together, sparks fly, leaving them at the top of the best chemistry list. 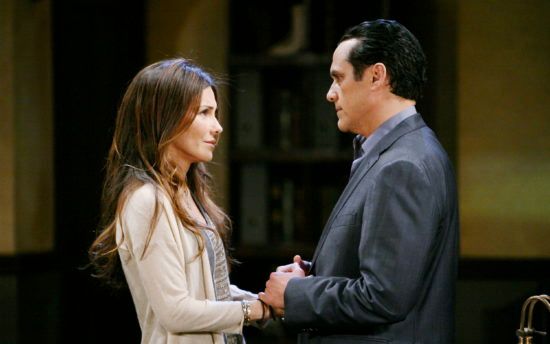