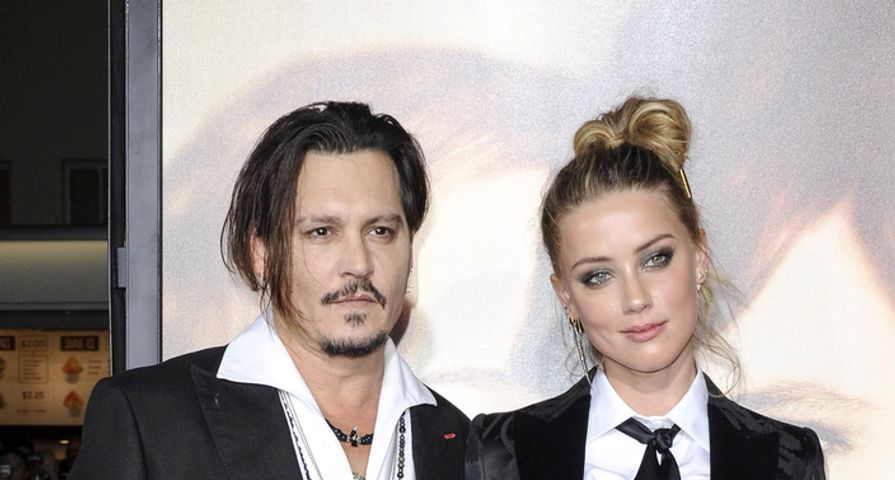 Johnny Depp and Amber Heard are finally done and, while we’re a little sad (well, not really), we’ve been predicting this for years! We predicted this in 2014 and 2015, which means we were right about their relationship – it wasn’t fit to last! Since they have broken up, we’ve been taking a closer look at their relationship and we’ve realized there were a lot of signs that they would break up – it was just a matter of when! Without further ado, here are 9 signs that Amber Heard and Johnny Depp have been headed for splitsville since day one!

Even before his split from Vanessa Paradis, people have been speculating over whether or not Depp was having a midlife crisis and, since he’s hooked up with Heard, it’s been all but confirmed. For the past five years, his films have been flopping and Paradis was reportedly tired of his drinking. Depp seems to be looking for validation and Heard, being this young, hot, bisexual chick, seems to have provided that.

Depp is 23 years older than Heard, which is a pretty big deal. Before she was even born, he had already been married and divorced. It didn’t help that she was a bit of a free spirit. “Amber flirts and has many different kinds of relationships. She is not really ready to settle down,” a source said prior to them getting married.

The Oscar-nominated actor has had quite the acting career while Heard has not. She’s been in Hollywood for over a decade and she still has yet to score her big break. Heard has also made a point of discussing how she feels limited by her good looks and ultimately longs to play more substantial roles. Unfortunately, no one’s banging down her door with amazing scripts. Many people have assumed that she shacked up with Johnny to boost her career; however, if that is the case, it hasn’t been working.

6. They Both Have Strong Personalities

According to E! News, the first year of Depp and Heard’s marriage wasn’t smooth sailing, mostly because of their intense personalities, which creates conflict for them. “Because of their strong personalities they do not always see eye to eye. They are both stubborn and overly dramatic, which doesn’t help when they disagree,” a source said. These two also need a lot of space. When they are filming, they barely speak.

5. Trouble Before Their Nuptials

Before they were married in February 2015, the wedding had reportedly been postponed several times because Amber got cold feet. “Before Amber met Johnny she was just a regular super cool hipster chick living with roommates who dated girls,” a source told People. “At their engagement party she kind of got cold feet… she was just like what is this scene and what am I doing here? She kind of couldn’t believe it was her life now.”

4. He Promoted Alice Through the Looking Glass Without Her

For his promotional tour of Alice Through the Looking Glass, Heard has been absent. She didn’t attend one red carpet event with him, which is unusual because she’s supported him at his various movie premieres in the past.

3. She Showed Up at the Met Gala Without Him

This past May, The Danish Girl actress attended the Met Gala without her husband. She was seen wearing her wedding ring, which helped to quell people’s suspicions but, in hindsight, it looks like any suspicions about the marriage being on the rocks would have been right.

2. She Celebrated Her 30th Birthday Without Him

Heard celebrated her 30th birthday in Palm Springs this past April with several girlfriends. Depp was conspicuously absent; however, she seemed to be having a really good time without him.

It’s no secret that Depp loves to party and, even though he’s in his early 50s, word on the street is he still goes on benders and didn’t bother to text or call his wife for days at a time. About a year ago, this was said to have put a strain on the fledgling marriage.