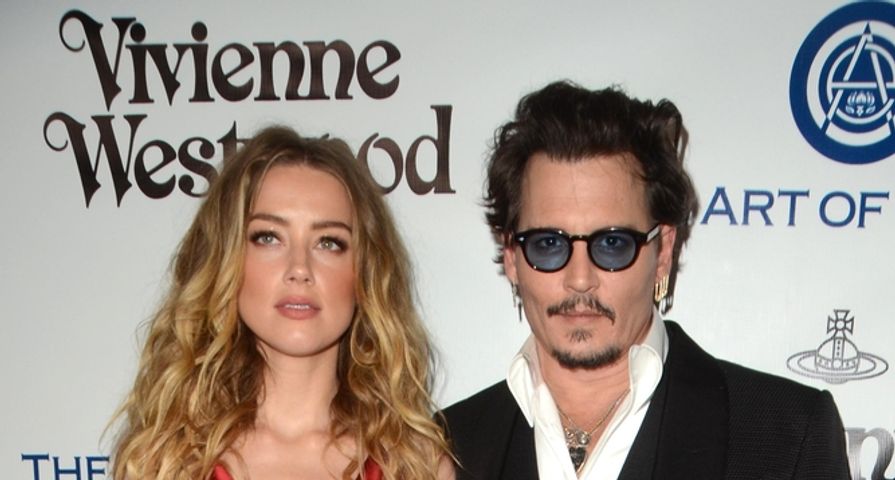 It’s been less than a week since Amber Heard filed for divorce from Johnny Depp and things are already getting really dramatic. We expect more to happen, but in the meantime, here are 8 things you need to know about the fallout of Depp and Heard’s doomed marriage:

According to TMZ, the Alice in Wonderland actor’s mother, Betty Sue, and his two children, Lily Rose and Jack, “hated” Heard and they openly discussed it. His late mother, who lived with them this past year, would see Heard rail on him and treat him like crap. She believed that the Heard was just using her son for his money, for fame and to boost her career.

In response to this, someone from Heard’s camp told People that and she and Betty Sue totally got along. In fact, while she was sick this past year, The Danish Girl actress would regularly visit her in the hospital and made sure that she got the best care. The source also said that Heard had a loving relationship with Jack, but failed to mention what her relationship with Lily-Rose was like.

7. The Marriage Was on the Rocks After Only Three Months

Sources told Page Six that three months after the former couple tied the knot, the relationship soured. They agreed to give the marriage a year to see if they could patch things up and avoid the embarrassment that comes along with ending things after only three months.

6. She Was Too Into the Glitz and Glamor of Hollywood

One source of contention between Depp and Heard was her enchantment with the glitz and the glamour of Hollywood. “She’s really young and affected by the industry and ‘the scene’ at times,” an insider told Page Six. “Don’t get me wrong; she’s a cool chick, but Johnny doesn’t tolerate that.”

5. He Kept Her Isolated

Sources told Page Six that The Rum Diary actress’ bisexuality proved to be a problem for the former couple. Her close friendship with photographer Io Tillett Wright, an activist in the gay and lesbian community, became a problem. Depp didn’t like how much time she was spending with his wife, so he had Wright, who had been staying in his guesthouse, move out. Then he started making Heard travel with him and made her distance herself from her lesbian friends.

4. The Debacle with the Dogs Also Hurt the Union

When Heard was charged with illegally bringing her two dogs, Pistol and Boo, into Australia, the drama that unfolded helped to further sink the relationship. “[It] made him look so stupid and it was her fault,” a source said.

In her divorce filing, the stunning actress has requested spousal support. Depp has already filed a response, requesting that the judge reject her claim for support.

Surprisingly the Pirates of the Caribbean star and Heard don’t have a prenup, so it looks like he is going to have to give her some money to avoid a lengthy, public divorce. Lucky for him, he has a reported net worth of $400 million, so paying her $15 million to go away won’t hurt him.

Heard filed a domestic violence restraining order against Depp. Sources close to her claim that he’s hit her multiple times. She showed up in court with a black eye, as well as photographic evidence of the abuse she suffered. She reportedly also has a video of one of the beatings. According to her, he offered her money to stay quiet, but instead she filed for divorce.