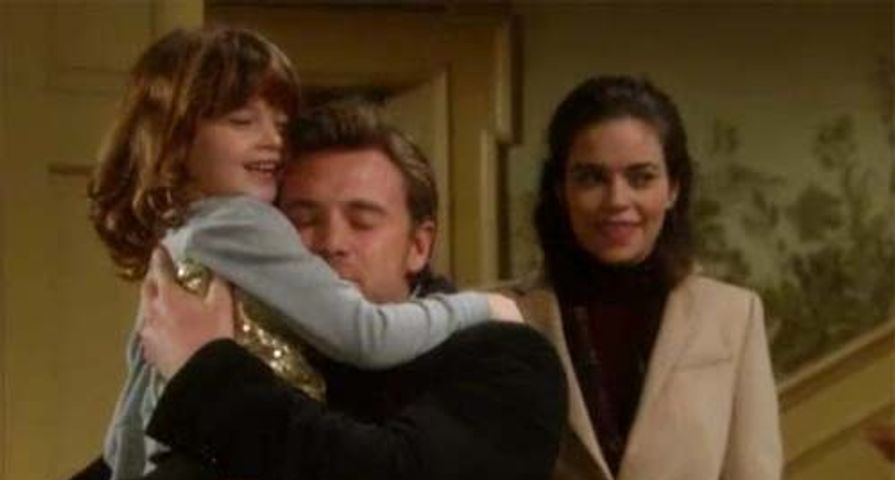 It’s undeniable, soap opera fans are known to get quite attached to the characters they watch on daytime television. Audiences tune in to see their heroes and heroines (as well as those incredible villains) fall in love, close billion dollar deals, suffer through sickness, and endure heartbreak. That is why it is devastating (and quite shocking) when a soap character dies, especially when it is completely unexpected. Below is a list of the nine most shocking soap opera deaths.

9. Serena Mason – Days of Our Lives

Days of Our Lives (DOOL) character, Serena Mason came to Salem in late 2014; however, her recent murder has rocked the small town and is turning into a major ‘who dunn it?’ storyline for the soap. As it turns it out, DOOL might be setting up another serial killer angle this year, with fellow (fairly new) character Paige Larsen’s recent strangulation. Similar to the way in which Serena was killed. Both deaths have shocked Salem residents and DOOL fans alike, leaving many with the question … who is next?

It’s hard enough to see an adult soap opera character pass away, so when a child dies, it can be heart-wrenching. Such was the case back in 1994 for General Hospital (GH) fans when Tony and Bobbie Jones’ daughter BJ was caught in an accident involving her school bus. While BJ suffered from incredible injuries leaving her brain dead, her cousin Maxie was in another wing of the hospital in need of a heart transplant. When all was said and done, Tony and Bobby agreed to let BJ go, in order to give Maxie her heart. One child saved and another one mourned.

7. Brad Carlton – Young and the Restless

It was a wave of activity that fateful week in early 2009, which led to the untimely death of Young and the Restless’ (Y&R) fan favorite, Brad Carlton. He followed Sharon Newman up to the Abbott cabin after she needed some time alone to think about her life and then he declared his love to her. She unfortunately didn’t see a future with him and sent him away. On his way back to Genoa City, Brad stopped due to car trouble and ended up saving Noah Newman (Sharon’s son), from drowning when he fell through the ice while skating with then-girlfriend, Eden. Unfortunately, through this heroic act, Brad himself met his demise when J.T. later found Brad’s body under that same area of ice. His daughters Colleen and Abby were devastated while Sharon and Noah suffered from guilt and Y&R fans were in tears.

While he is alive and well today, dealing with the daily drama that Salem has to bring, there was a time when DOOL fans thought John Black was dead and gone for good … and it shocked audiences to the very core. In October 2007, John was shot by E.J. DiMera. He then fell into a coma and was kidnapped for his kidney. Just as viewers saw some hope, thinking their hero was getting better and back to his old self, he was hit by a car. With Marlena at this side (as well as the rest of his family), John passed away. However, as we all know, this was short-lived. In early 2008 DOOL fans were relieved to find out that John was in fact alive and was simply kidnapped by arch rival Stefano, where he erased all his memories once again.

Earlier this year, GH fans said farewell to the beloved character of Duke Lavery, in a twist that left audiences sad and broken-hearted. After years of being apart, Duke and the love of his life, Anna Devane had finally come together and decided to leave Port Charles behind to pursue a life together. Leaving at midnight, the couple never made it to their ‘happily ever after’ because Duke was shot by Carlos Rivera leaving Anna to once again pick up the pieces of having to learn to live without her true love.

4. Cassie Newman – Young and the Restless

Y&R fans saw sweet and sassy Cassie Newman grow up before their very eyes over the years and she became one of the most popular child characters the soap has ever seen. As the daughter of Sharon Newman, she quickly won the heart of her husband Nick as he considered Cassie as one of his own children, despite not being her biological dad. In 2005, fans sadly watched a horrible accident unfold and one which no parent ever wants to endure. A teenage Cassie, desperate to fit in with the cool group, attended a party, only to find her crush, Daniel Romalotti passed out. Despite not having a license, Cassie placed him in a car to drive him home. Sadly, she crashed the car injuring herself – and Daniel. While everyone thought Daniel was at fault (for drinking and driving), before Cassie passed away, she ensured to tell a sobbing Nick the truth and let her parents also know that they would have another daughter. Kleenex stocks must have skyrocketed that year, as there surely was not a dry eye in any house where the Y&R was on.

DOOL fans were shocked in the fall of 2014, when pivotal Days’ character E.J. DiMera was shot and killed while arguing with current DOOL villain and all-around terrible bad guy, Clyde Weston. While E.J. was supposed to be cremated, his father Stefano DiMera removed his body from the morgue. E.J.’s murder rocked Salem, in the land of soaps, nobody stays dead for long, especially when your last name is DiMera.

Originally a Quartermaine, Jason Morgan left the lavish life of luxury and became besties with Port Charles’ mob boss Sonny Corinthos. Living a life on the edge filled with crime, Jason was wrapped up in a lot of wrongdoings. In 2012, after reuniting with Sam and their baby Danny, Jason went to help out a mob friend and ended up getting shot. This was mainly due to the fact that Steve Burton (the actor who played Jason) had decided to leave the show. Jason was shot at the hands of Cesar Faison (who looked like Duke Lavery at the time), and fell into the water at the docks where his body was never found. Most GH fans had a sneaking suspicion Jason may be back while others were quite shocked and saddened by the turn of events. Sure we all know that Jason is alive and well now, but at the time, Jason’s death shook GH and its viewers.

What seemed like a fun storyline about sweet Delia Abbott playing the wicked witch in her school’s rendition of The Wizard of Oz turned out to be a nightmare in late 2013. To celebrate an incredible performance, Delia’s dad Billy stopped to buy some ice cream after the show. As he left little Delia alone in the car that night to run in, the child opened the door of the vehicle for her puppy Dash. The dog ran out into the highway and Delia went to save him. In a sad twist of events, at the same time resident bad guy Adam Newman was driving on the same highway and accidentally hit Delia. A slew of emotions hit daytime screens following the incident. There were grieving parents, step-parents, and extended family, as well as the guilt Billy endured for leaving Delia in the car, and of course, Adam’s conscience haunting him.