Home » Entertainment » Music » 9 Country Stars Who Served In The Military

9 Country Stars Who Served In The Military 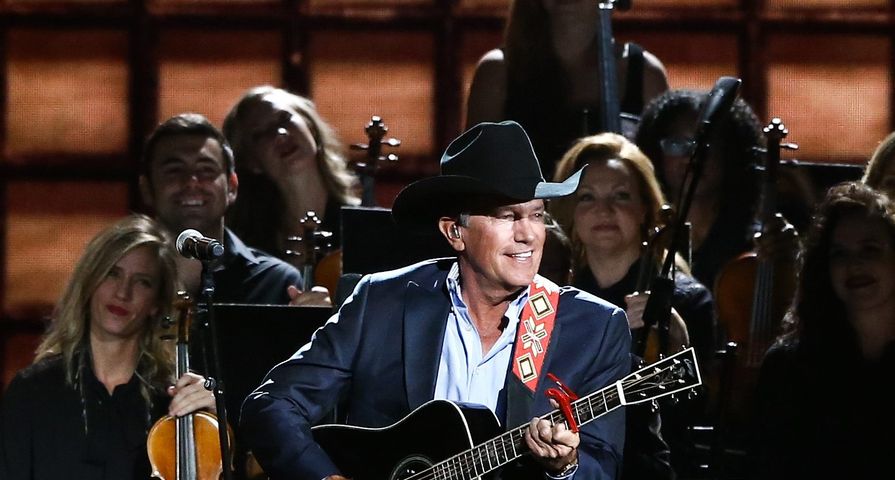 The genre of country music is most popular in the United States and is often known for producing songs that reflect a sense of pride and devotion to their country. This is why it isn’t all that surprising that many country’s biggest and most legendary stars have actually spent time serving their country! Here’s a list of 9 country stars who’ve served in the military:

One of the most well known country outlaws Willie Nelson was born in 1933 and showed a great deal of musical talent at an early age. He wrote his first song at the age of 7 and formed his first band at the age of 10. During high school toured locally with the Bohemian Polka as their lead singer and guitarist. Once he graduated high school in 1950, Nelson served in the U.S. Air Force. He was stationed at Lackland Air Force Base in San Antonio, Texas, but was forced to retire early after only eight or nine months due to back issues.

This iconic singer, who is now recognized as one of the best-selling music artists of all time, served as a Morse Code Intercept Operator in the Air Force during the ’50s. Cash enlisted in the United States Air Force in July 1950 and received basic training at the Lackland Air Force Base and technical training at Brooks Air Force Base in San Antonio, Texas. He was later stationed in Landsberg, Germany, for the majority of his enlistment to intercept Soviet Army transmissions. Cash formed his first band while in service called “The Landsberg Barbarians.” He moved up the ranks and became a staff sergeant, but was honorably discharged on July 3, 1954 and returned back to Texas and a year later was recording music.

This country legend married his high school sweetheart right after graduation and immediately enlisted in the Army. He joined in 1971 and served until 1975. His final two years of service were spent in Hawaii. Many people believe if he hadn’t joined the Army, he would’ve never become a country singer because it was in the military where Strait learned how to play music. While stationed at the Schofield Barracks he began performing with the U.S. Army sponsored band, “Rambling Country.” The same band also played off-base under the name “Santee.” He was honorably discharged in 1975 and then enrolled at Texas State University. While he was a student, he joined a campus band and began touring around the state. They eventually were given the chance to record their own singles which is how he got his start!

Corporal Jamey Johnson had a long career in the military before he became an award winning country artist. He went to college for two years, but ultimately dropped out to serve his country. He served in the Marine Corps Reserve for eight years as a mortarman and eventually moved up to the rank of corporal. During his service he would play songs for his fellow Marines. In 2000, he left the Marine Corps, began playing music in bars around Montgomery and in 2000 moved to Nashville and began making connections in the music industry.

When James Otto joined the military, he was simply following in the footsteps of his father and grandfather. His grandfather served in the Korean War and his father was a drill sergeant. Naturally, when Otto was of age, he became a member of the U.S. Navy and served for two years before he left to pursue his real dream, which was to become a country singer. In 1998 he moved to Nashville and three years later joined Muzikmafia, a group of country songwriters which includes Big & Rich and Gretchen Wilson.

Josh Gracin was only one year into his education at Western Michigan University when he joined the United States Marines Corps. He completed basic training and returned home to get married, but was then assigned to Camp Pendleton as a supply clerk. The “Nothin’ To Lose” singer gained recognition in 2003 when he auditioned for American Idol. He made it to the finals and came in fourth place, but could not take part in the American Idol Finalists tour because of his commitment to the Marine Corps. He spent the next year on tour to promote the United States Marine Corps and in his fourth year of service he was honorably discharged. It was his stint on the reality show that led to his success as he garnered attention from bass player, Jay DeMarcus, who reached out to him and linked him up to his first record deal.

The “That’s What I Love About Sunday” singer spent nearly 20 years serving his country, which includes 10 years of active duty as a member of the 101st and 82nd Airborne Divisions and seven years with the Reserves. He was stationed in Panama during the operation that led to the ousting of Manuel Noriega in 1989. When he left the military, he worked a bunch of odd jobs to keep his family afloat, but eventually landed a gig in Nashville singing demos for songwriters which lead to the release of his first album. He now frequently performs at military bases in the U.S. and abroad, and works to raise money for the Special Operations Warrior Foundation.

Kristofferson was born into a military family as his father was a U.S. Army corps Officer. He spent his childhood moving around and was pressured to join the Army as soon as he graduated high school. After completing Ranger School he became a helicopter pilot and was stationed in West Germany in the early ’60s. He worked his way up the ranks and eventually became an Army Captain. However, music was always his biggest interest and he even formed a band while stationed in Germany. He nearly stayed in the Army when he was offered a teaching position at West Point, but he turned it down to pursue a career in country music. His family disowned him for abandoning the Army, but despite their criticism, he was proud of his service and even received the American Veterans Award in 2003.

George Jones served in the Marines during the Korean War, but luckily he was deployed overseas. He joined in 1951 and spent his entire enlistment, which lasted three years, stationed in California. When his service was done he turned to a career in music and became one of the most successful artists in country music history. He recorded his first song, “No Money in This Deal,” right after he left the military.