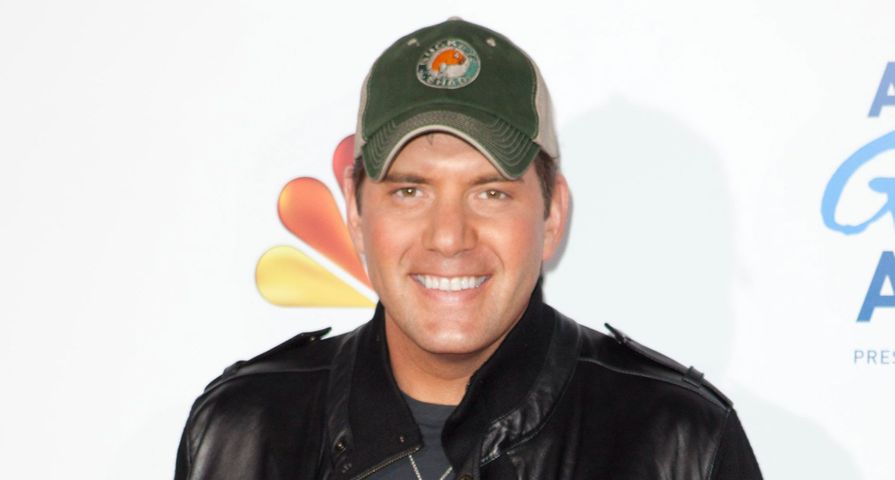 Country singers often sing about drinking whiskey and beer, running into the law with a general tune of getting up to no good, but some country crooners aren’t just putting on a front — they are the real deal! These Southern outlaws got caught red-handed committing crimes. Surprisingly, some skidded away without any punishment while others paid some serious fines and even spent time behind bars! Here’s a look at some of county music’s biggest stars from the past and present and the crimes they’ve committed:

We must admit, this one isn’t all that surprising. Willie Nelson is open about his marijuana use and in 2006 he got caught red handed for it. Nelson received six months of probation under charges of possession in Louisiana after cops found one-and-a-half pounds of marijuana and 3 oz. of hallucinogenic mushrooms on his tour bus. This wasn’t his first time getting busted for drugs. In the ’90s he caught flack after an officer found a marijuana cigarette in the ash tray of his car. His most recent run-in with the law was in 2010 a few days after Thanksgiving. Nelson got caught with 6 oz. of marijuana after an officer smelled pot in his tour bus when he pulled into a Sierra Blanca checkpoint. Two people were arrested, but Nelson claimed the drugs were his. He was released on a $2,500 bond and instead of going to jail was forced to pay a small fine.

Randy’s crimes seem to always involve two things: drinking and his car. In 2012 Travis was caught sipping wine behind the wheel in a church parking lot in Denton County, Texas. Travis got away with a Class C misdemeanor and only spent a few hours in jail. But six months later he was back at it again. Randy Travis got a little too Randy one night after he drunkenly crashed his car into a construction zone. Oddly enough, after crashing his car, he abandoned it and took off all of his clothes. He then proceeded in a drunken stupor to a convenience store and attempted to by cigarettes in the nude. The police found him after a caller reported a naked man lying in the middle of the road. He received probation, a suspended sentence and a permanent stamp of embarrassment.

Soon after Billy Currington released his hit single “People Are Crazy” he went a little crazy himself. He was fed up with guided tour boats circling too close to his waterfront home, so he got in his boat and chased down the 70-year-old captain. He drove up to his boat and was yelling profanities at him and threatening his life! Currington was sentenced to five years probation and forbidden to ever be in contact with the boat captain again.

This country crooner pleaded guilty to drunk driving and fleeing the scene of an accident in 2003. Campbell was arrested at his home near Phoenix, Arizona after he slammed his BMW into another vehicle and then took off. It was bad enough that he was driving drunk, but made it worse when he kneed a police officer in the thigh and resisted his arrest. The police officer said he smelled booze on his breath and when he knocked on his door to arrest him, the singer kneed him in the leg which landed him an aggravated assault on a police officer charge. He was sentenced to 10 days in prison after pleading guilty to a DUI and, when he was questioned about it later, he said, “I wasn’t really that drunk. I was just over-served.”

Uncle Kracker, whose real name is Matthew Shafer, was arrested for a second-degree sex offense charge, which he adamantly denied, but eventually pleaded guilty to a lesser charge. He was arrested in August 2007 in Raleigh, North Carolina after being accused of putting his hand up a woman’s skirt in a bar. The incident happened in a bar where he had just performed. In an interview with People he said, “It’s regrettable that someone would make this kind of allegation, not only because it’s not the kind of thing I’d do, as the father of two girls, it’s the kind of thing that I wouldn’t stand for.” He received one year of probation after he later pleaded guilty.

Johnny Cash had two run-ins with the law. First, he caught heat when his truck caused hundreds of acres of forest fire damage. The truck apparently overheated and when law enforcement approached Cash about the incident he blamed it on the “dead truck.” He never ended up serving any time for it, not even a fine! The crime Cash did have to pay for was after he was caught smuggling prescription pills in his guitar case over the U.S. border after a trip to Mexico in 1965. Cash was caught with hundreds of Dexedrine and Equanil tablets. Soon after that incident he was arrested again for trespassing in Starkville, Mississippi which lead him to write the song “Starkville City Jail.”

This legendary country outlaw figure is best known as a singer and songwriter who penned almost every single song on Waylon Jenning’s 1973 album, Honky Tonk Heroes. Billy Joe Shaver is now 76-years-old and still performing! His criminal record happened when him and a friend were leaving a barroom and a fight broke out in the parking lot. Witnesses claimed to have heard Shaver ask, “Where do you want it?” and then a gun went off. Lucky for Shaver, he got off on self defense and was acquitted of all charges in 2007. You can catch Shaver’s account on the incident in his song, “Wacko From Waco,” but the best rendition is in fellow country singer Dale Watson’s hit, “Where Do You Want It?”

In 2011 Atkins was arrested under domestic abuse charges filed by his wife, Tammy! His wife claimed he tried to smother her with a pillow and grabbed her by the face and threw her down the hallway. She called 911 at 7:47 a.m. on Nov. 21 to report the assault and claimed the two had been arguing all night. She not only accused him of being violent, but stated the “Take a Back Road” singer was out drinking all night and assaulted her in front of their 10-year-old son Elijah. News of the incident didn’t become public until after their divorce papers were filed, and in February 2012 the charges were cleared. Atkins had to undergo an assessment for anger management and drug and alcohol abuse — both of which he passed. He has adamantly denied his wife’s allegations and released this statement after he was released on bail: “When Mr. Atkins realized their child was in hearing range of the argument, his first priority became getting out of the earshot of the child. Mr. Atkins realized he would have no recourse but to file a complaint for divorce…Mr. Atkins wants to thank his fans for standing by him, as he is confident the truth will prevail.”

This actually isn’t his real name — Paycheck was born Donald Lytle. He decided to adopt the name “Johnny Paycheck,” the name of a boxer when he was trying to build up his musical career in the late 1960s. He’d been singing for a while as Donald Lytle, but when he changed his name and got a record deal he started experiencing huge success with hits like “She’s All I Got” and his cover of “Take This Job and Shove It.” Paycheck started churning out a rebellious image for himself in 1985 after getting involved in a bar fight in Ohio. He ended up shooting at a man with his .22 pistol. Luckily the bullet just skimmed the scalp of his victim’s head. He was convicted and sentenced to seven years in jail, but when he finally started doing his time in 1989 he was pardoned by the Ohio Governor Richard Celeste and only ended up serving 22-months.

Merle Haggard is known for his rebellious phase which started back when he was only a teen in and out of juvenile school after getting caught shoplifting and committing larceny. It wasn’t until later in his life that the big crimes came along and it was only a matter of time before Haggard spent time behind bars. Haggard cleaned up his act for a little while when he launched his musical career with a little help from friend, Lefty Frizzell. However, he once again faced the threat of being broke and fell back into his old ways. Haggard was sentenced to three years in San Quentin after he broke into an open restaurant. This experience changed his life for good because in 1958 while he was in prison he saw Johnny Cash performing. Haggard was inspired to get his life together. He earned his GED while serving time, started recording as soon as he got out and began dominating the country music scene. The rest is history!

In 2006 Hank Williams Jr. was arrested in Memphis, Tennessee after a 19-year-old waitress accused him of putting her in a chokehold after she refused to kiss him. When the woman filed the charges, Williams was out on a fishing trip. He was forced to come home and turn himself in to the police. Hank Williams Jr. denied all allegations and released a statement that said the woman was seeking an “outlandish amount of money” and only went to police after the country singer refused to pay her off. The case was eventually dismissed due to lack of evidence.

This crime is easily the most gruesome and heinous of them all. This country singer was accused of murdering his wife Ella Mae Cooley in 1961. During this time Spade Cooley’s fame was fading and he was losing a lot of money from bad investments. The rumor was that Cooley had a dark side. When his fame started fading he began drinking a lot. He would take his anger and frustration out on Ella Mae with fights and domestic abuse. She had been hospitalized numerous times prior to her death, but never pressed charges on him. Eventually one day Cooley beat Ella Mae so badly she never recovered. He called an ambulance when he realized he had gone too far, but it was too late. When they arrived, reports stated he helped load her onto the stretcher and followed them to the hospital. The trial was one of the most sensational trials in all of California’s history and things escalated when it was discovered during trial testimonies that Ella Mae was having an affair with Roy Rogers. The affair could never be proven, but it gave the prosecutors reason to claim intent against Spade Cooley. There was no question he was responsible. He was eventually convicted of first-degree murder and for beating his wife in front of their 14-year-old daughter. After being a model prisoner he was scheduled for parole on Feb. 22 1970 and in 1969 he was granted temporary furlough to perform at a charity concert. But in a strange twist of events, or karma he suffered a massive heart attack after he walked off stage, and died.