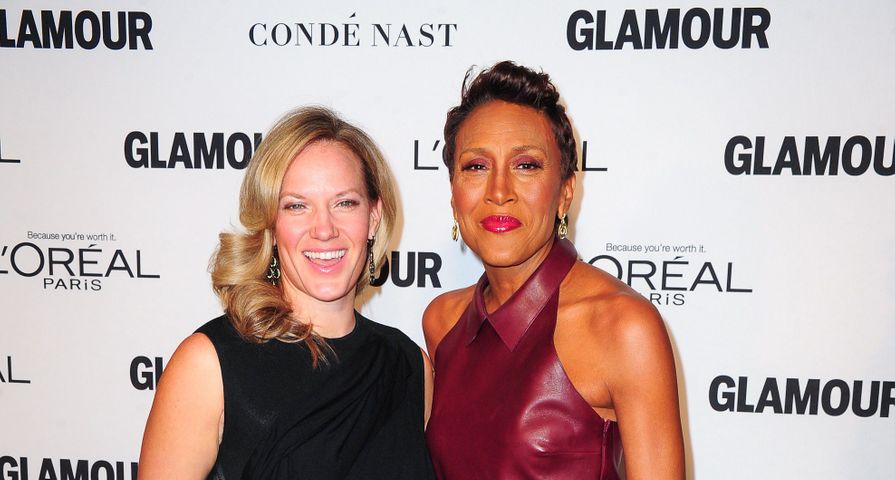 Even the glamorous world of Hollywood is not immune to the hardships of life. Many celebrities undergo medical problems and family misfortunes. This list takes a look at some of the strongest celebrity couples out there who have stayed together and fought the odds in the face of tragedy.

John Travolta and Kelly Preston suffered one of the most difficult blows possible when their autistic son, Jett, died tragically at the age of 16. While on vacation with his family in the Bahamas, Jett suffered a seizure and hit his head on the bath tub in the bathroom of their hotel room. John Travolta admitted that his son’s death is the worst thing to ever happen to him in his life and stated, “The truth is, I didn’t know if I was going to make it. Life was no longer interesting to me, so it took a lot to get me better.” The loss of a child can be particularly difficult for relationships as each person has their own way of grieving. Luckily the couple stood by each other and were able to overcome the tragic loss to continue on in their lives.

Tracy Morgan underwent a grueling recovery after being involved in a six-vehicle collision in New Jersey in 2014. His dear friend, James McNair, was killed in the accident and Morgan suffered multiple broken bones and was in a coma for 2 weeks! The following year was difficult, but his fiance Megan Wollover was by his side every step of the way. Of the incident, Tracey told CNN, “You’re never going to be normal after you go through something like that. You don’t die for a few weeks and then come back to normal, trust me,” he said. “Something’s going to be missing, something’s going to be gained — you just got to live your life after that. But after surviving something like that, I’m probably never going to feel normal.” Tracy and Megan wed in a ceremony in August, 2015.

Christopher and Dana Reeve were married in 1992 but their marital bliss didn’t last long. The Superman star was paralyzed after being thrown from a horse during an equestrian competition in 1995. Christopher required a wheelchair and a ventilator for the rest of his life, but he never lost hope. He became a voice for people with spinal cord injuries and demanded greater research into embryonic stem cells. He and his activism were fully supported by his wife Dana. After the accident, Reeve admitted that he briefly thought of suicide but said that his wife reassured him, “I’ll be with you for the long haul, not matter what. You’re still you. And I love you.” Christopher tragically passed away in 2004 at the age of 52 while directing Everyone’s Hero, and his vibrant widow Dana passed two years later of lung cancer at the young age of 44.

The true love story of Gloria and Emilio is one for the ages. The couple began their romance back in 1976! Gloria gushed, “he was my first and only boyfriend.” The couple wed in 1978 and gave birth to a son, Nayib, in 1980. Unfortunately, in 1990, Gloria’s tour bus was rear ended by a truck and Gloria broke her vertebrae. She had to be stabilized and titanium rods were used to align her vertebrae. While she made a full recovery, the accident caused complications to her reproductive system. Against all odds, the couple conceived a baby girl in 1994. Gloria cited her family as a source of inspiration and motivation to recover, “Because I had studied psychology. I understand the stages. You have to go through the depression, the crying. Then, at a certain point, I pulled myself up and said, ‘Okay, no more. You can’t continue this way.’ I wasn’t going to end up in a wheelchair. I had seen my father confined to a wheelchair; I saw his helplessness and I didn’t want that for myself or my family.”Gloria continues to take the world by storm and is on both VH1 and Billboard’s Top 100 Greatest Artist of All Time lists.

Harrison Ford had a brush with death after the engine of his vintage World War II plane stalled during a flight and wouldn’t restart. The Star Wars actor was forced to make an emergency landing on a golf course, the impact of which broke his leg. He went on to praise his wife Calista Flockhart for standing by his love of flying, “My wife, who is a wonderful lady, understands my passion for aviation, she understands what it means to me and flies with me to this day.”

Television personality and singing songstress Tamar Braxton and her bubby Vince Herbert faced a near fatal medical condition together when Herbert collapsed after suffering a blood clot. He was rushed to ICU where it was confirmed that he had a pulmonary embolism, which had the potential of taking his life. Tamar never left his side and thankfully Vince pulled through. The couple have one child together and have been married since 2008. They recently made headlines for their reported money problems, but if they can make it through a life-threatening condition, we’re hoping they can get through anything!

ABC’s Good Morning America news anchor Robin Roberts underwent a serious battle with breast cancer that truly worked to raise awareness around the disease and its complications. Roberts underwent chemotherapy and radiation treatment in 2008. Unfortunately, in 2012, she was diagnosed with myelodysplastic syndrome, a bone marrow disease. She was very public about her illness and the Be the Match Registry, a non-profit organization for bone marrow transplants, saw a 1.8% spike in donor registration! Roberts received a Peabody Award in 2012 for the public service campaign. At the end of the following year Roberts posted a photo on Facebook with a caption that stated, “At this moment I am at peace and filled with joy and gratitude. I am grateful to God, my doctors and nurses for my restored good health… I am grateful for my entire family, my long time girlfriend, Amber, and friends as we prepare to celebrate a glorious new year together.” This was the first time that she acknowledged her sexual orientation publically, and revealed the significant role her long-time girlfriend, Amber Laign, played in her recovery. In 2015, she was named by Equality Forum as one of their 31 Icons of the 2015 LGBT History Month.

Jennifer Hudson and David Otunga became engaged in September 2008, but less than one month later in October, Hudson lost her entire family. Her sister Julia’s estranged husband, William Balfour, shot and killed Hudson’s mother, Darnell Donnerson, and her brother. An AMBER Alert was issued for her 7-year-old nephew, Julian, but his body was found on Chicago’s West Side. Balfour was charged and convicted and was sentenced to 3 life sentences without the possibility of parole. Somehow Hudson and Otunga have survived the tragedy and in 2009 they welcomed their son David Daniel Otunga, Jr. into the world.

Chris and Adrienne Bosh married in 2011 and have four children together, but bad news struck in 2015 when it was revealed that Chris had blood clots in his lungs. The medical problem was discovered after a trip to Haiti had left him uncharacteristically tired. It was lucky that he received medical help as the player states without it, he surely would have died. Adrienne stated, “I was by his side until he gained back his strength and recovered.” And now it seems that it’s up to Chris to stand by his woman. Wild rumors have surfaced this year with Lil Wayne claiming that back when he was seeing Adrienne (before her relationship with Bosh began), she told him that she had cancer and needed treatments, for which he forked over between $7000-$12,000! Yikes, girl!

In 2011, Wanda Sykes revealed that she had breast cancer. While the disease was only in its early stages, Wanda decided to get a bilateral mastectomy in order to prevent any escalation. Sykes told People magazine, “I just wanted the best odds. I made my decision because I love life.” Wanda’s wife, Alex was there by her side through the whole process. They are also the proud parents to fraternal twins.