Home » Celebrities » Entertainment » Things You Might Not Know About Susan Lucci 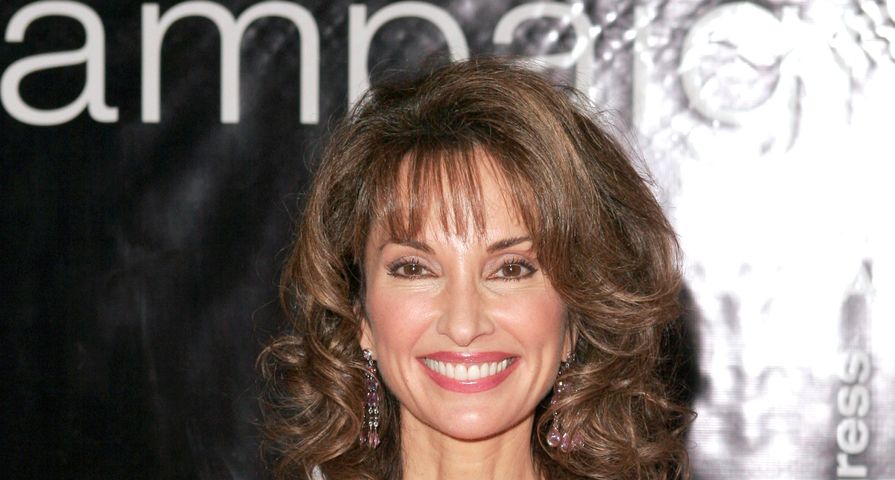 Susan Lucci is an icon in the soap world. She played the ever-scandalous Erica Kane on All My Children for over forty years, from when the show debuted in 1970 to the show’s final episode in 2011. Since All My Children went off the air, she guest starred on Hot in Cleveland and had a starring role in Devious Maids. Since she has a birthday coming up, here are 8 things you didn’t know about the actress:

As a child, she was inspired to become an actress. Her favorite soap operas were Search for Tomorrow and Love of Life, and she was hooked on primetime too. “I would sneak down the stairs at night and stay on the stairs and watch the television in the living room my parents were watching,” the soap star told People magazine.

While her daytime character Erica Kane was married nine times to six different men, the soap actress has only been married once. Since September 13, 1969, she’s been married to Austrian businessman Helmut Huber. Together they have two children, daughter Liza Huber, who is also a soap actress, and son Andreas Huber. Thanks to Liza, she also has four grandchildren: Royce, Brendan, Hayden, and Mason.

Susan Victoria Lucci was born on December 23, 1946, to Jeanette, a nurse, and Victor, who was a building contractor. She has one older brother, James, and together they grew up in Garden City, New York, where she attended Garden City High School. After graduating in 1964, she attended Marymount College. She graduated in 1968 with a B.A. in drama.

During her senior year of high school, she was in a bad car accident. Her fiancé at the time had rammed their car into another car and her face got smashed against the window. “I felt no pain, but I knew I was hurt, and I felt something dripping down my face,” she told People magazine. “When we got to the emergency room, the nurses were talking about me in the past tense, saying, ‘Oh, I could tell she was a beautiful girl.’ One of them saw my engagement ring and said, ‘Gee, honey, do you think he’ll still marry you?’” According to Susan, her face probably would have been scarred for life if it hadn’t been for a talented plastic surgeon that worked on her.

Lucci was nominated for 21 Daytime Emmy Awards for Outstanding Lead Actress in a Drama Series for her performance as Erica Kane in All My Children but only won once in 1999. According to her, winning an Emmy was never her goal. “Sure I was disappointed,” Lucci said of her prior Emmy losses. “But winning the Emmy was never the focal point of my life. The work—acting—really is the point, and that’s not just rhetoric. I don’t begrudge anyone for having won.”

She met her husband, Helmut Huber, during the summer of 1965. She was working as a waitress at the Garden City Hotel during the summer after her first year of college. He was a chef and the head of the hotel’s food and beverage service. It took them a few years to actually start dating, mainly because he was nine years her senior and she was engaged to someone else. During her engagement party in 1968, Huber showed up and told her mother that her relationship with her fiancé was never going to last and her mom agreed. A few months later, they broke up and it wasn’t long after that she and Huber started dating. They were married a year later in 1969.

Before she landed the role of Erica Kane, the aspiring actress didn’t have a lot of success landing parts. A casting director reportedly told her not to pursue other roles in television because her hair, skin, and eyes were too dark; however, her olive complexion ended up being exactly what casting directors were looking for in the character Erica Kane on All My Children.

1. The Role of a Lifetime

Lucci initially auditioned for the part of Tara Martin on All My Children, but the executive casting director, Doris Quinlan, didn’t see her as a “young, innocent, sweet little Irish girl.” Lucci came as more sophisticated, so they had her audition for the role of Erica Kane. After her initial audition, they promised to call her back in six months, which they did along with hundreds of other hopefuls. After reading for the part numerous times, however, she was the one who landed the part. “I saw the audition tapes, and she just stood out,” All My Children creator Agnes Nixon said. “There was never a question, ever.”