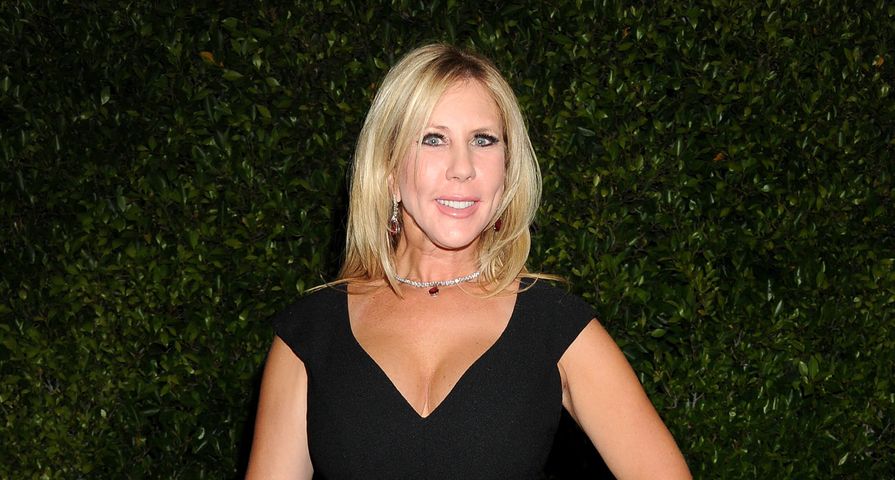 Vicki Gunvalson is known as the OG of the O.C. She’s the longest standing housewife in the entire Real Housewives franchise and, of course on The Real Housewives of Orange County. Gunvalson has earned her keep on the show and she’s developed a strong fan following since she joined a decade ago back in 2006. She’s now considered a veteran housewife who consistently brings drama to the show and has opened up her life to become a reality star. Viewers have watched her go from raising two teenagers in her house, to becoming a grandmother, getting divorced from her second husband and starting new relationships and friendships. It’s been a long road for Vicki on the show and we’ve definitely learned a lot about her life over the past 11 seasons, but there’s still a few things we don’t know! Here’s a look at 8 things you probably didn’t know about Vicki Gunvalson:

8. Her Father Taught Her Work Ethic

Born Victoria Gunvalson in 1962, Vicki grew up in the suburbs of Chicago with her two parents and four siblings, Kathy and Kim who are twins and Lisa and Bill. Her father was the breadwinner of the family as he owned a major construction company, while her mother stayed at home. Fans of The Real Housewives of Orange County will know that Vicki is a hardworking woman who has built her career up from nothing and she doesn’t shy away from talking about her success and work ethic. Vicki dedicates it all to being raised by a hard working father. When she was only 10-years-old she was already learning how to budget and save money! She said her father would sit her and her siblings down at the kitchen table, lay out all of their bills and teach them how to set aside money from each paycheck while also covering their costs.

7. Being a Single Mother

Vicki has been married three times and her two children, Michael and Brianna, are from the first marriage to Michael J. Wolfsmith. Fans of the show know about her second husband, Don, but we don’t know much about her first husband, Michael. In an interview with Wet Paint, she said her life wasn’t ideal during her first marriage and even accused him of being abusive. “It was a very hard life. I can’t fix his abusive nature and his screaming and his lies…it really gave me the initiative to go out and make a better life for myself, for my children.” She married Wolfsmith back in 1983 when she was only 21-years-old, but they were both too young and Michael had a drinking problem: “[he] was an alcoholic…he abused me verbally [and] he had many affairs during our marriage.” In 1992 when she was only 29-years-old, she divorced Michael and became a single mother of two. Since then, Micheal’s had a slew of legal problems including going to jail in 1997 for disorderly conduct, jumping bail, getting evicted, having a tax lien in 2010 and a warrant for his arrest for unpaid child support to his second wife. Yikes!

Vicki moved to California in 1994 to follow Don’s career. In fact, Vicki knew Donn when she was married to her first husband. In an interview with Huffington Post, she admitted she met Donn when she was 21 and got married to him when she was 32. Today, her story looks a lot different! Vicki and Donn went through a nasty divorce after 16 years of marriage while she was still filming for the show in 2010. They even renewed their wedding vows on camera! The couple had to split their assets and Vicki almost had to pay spousal support to Donn which would have tapped into a lot of her own hard earned money. Since then Vicki has gone on to publicly state that she regrets their divorce and blames the show for ruining her marriage.

In the past, Vicki had been moved to tears over being called “Miss Piggy” by former guest star, Slade Smiley. In an interview with US Weekly, she said she got a nose job because she’s never “felt pretty enough.” Vicki claims the nose job had nothing to do with Slade’s comments, but rather a bigger insecurity in herself. In addition to thinning her nose, she got a chin implant and had body fat injected into her face to ease wrinkles. She had the surgery right before the show began filming season 7.

This season on RHOC, we see Vicki reeling from a nasty break up with her ex-boyfriend, Brooks Ayers. However, she’s quietly moved on with a new man who was recently revealed to be Steve Lodge. Lodge is a former police officer who now works as a consultant at a public affairs firm in Anaheim, California. In the past, Lodge’s involvement with the police force was as a top homicide detective who also served in the military as a paratrooper in the United States Army. That’s quite the impressive resume! He’s also extremely driven — just like Vicki! He ran for a seat on the Anaheim City Council in 2012. It also seems like this new boyfriend gets the stamp of approval from Vicki’s family, especially her daughter Briana. This is a huge step up from her past relationship!

3. Building Her Own Company

The whole premise behind Vicki getting involved with insurance started when she became a single mother and a friend advised her to get life insurance. This lead to Vicki wanting to get licensed to sell life and health insurance because she wanted to build a career for herself. Vicki started working at a captive insurance company and within her first year she became the top saleswoman. It became quite clear to her that she could make a lot of money and would be able to control her schedule as a mother. When she moved to California with Don, she got re-licensed in the state and started her own agency out of her house selling life insurance and medicare supplements. Now she’s the owner of Coto Insurance and Financial Services, Woo Hoo Productions and LLC and Diamonds by Vicki.

Vicki’s father was diagnosed with Alzheimer’s disease when he was 59-years-old and then passed away at the young age of 67. His death was a surprise and her mother ended up having to work extra hours at a local grocery store in order to get health benefits and earn extra money.

When The Real Housewives of Orange County was first created back in 2006 it was meant to be more of a documentary about the lives of families who live in the gated community of Coto de Gaza in Orange County. In order to find a cast, the creators put out a casting call in the local newspaper and it was Vicki’s son, Michael Wolfsmith, who responded! He answered the ad and said he wanted to be apart of the show with his friends. Vicki said the show was “going to be about college kids living this privileged life and living behind the gates,” but when the producers showed up to meet Michael and his family, they were actually more interested in his mother and her squad! Thus, the show became more centered around the family life and has now developed into a show about a group of women who hang out, attend social gatherings and go on the occasional trip together. RHOC has definitely gone through A LOT of changes since the early days.