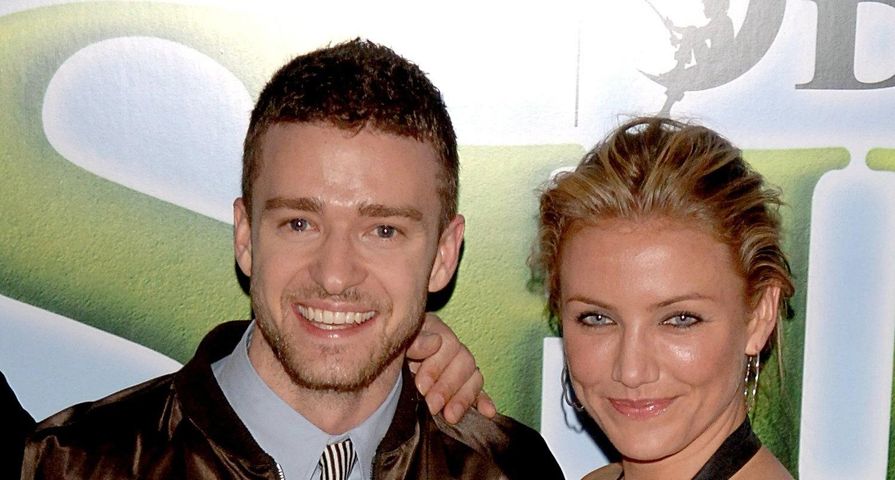 Cameron Diaz and Justin Timberlake dated for almost four years from 2003 to 2007. When they first started dating, many people weren’t convinced that they would last very long because of the age gap (she was eight years older than him), but they proved everyone wrong! They were one of the biggest couples during the mid-2000s and were stalked relentlessly by the paparazzi and were the subjects of countless rumors. We’ve collected 8 things about the former couple’s relationship that most people don’t know:

They met at the Nickelodeon Kids’ Choice Awards in April 2003. She was presenting him with the award for Best Burp and then backstage she challenged him to a burping competition. That burping competition must have worked its magic on them because by the end of the night they were holding hands when they left the after party at Suede.

Things You Might Not Know About Pink And Carey Hart's Relationship

It wasn’t long after his breakup with Britney Spears that Timberlake began dating Diaz. According to him, his relationship with the There’s Something About Mary star was much more “adult” than the one he had with the pop star. Although they were a pretty serious couple, he and Diaz never lived together. “I have my own house. It’s very important. Healthy. Don’t you ever need your own space?” he said to GQ.

10 Things You Didn't Know About Nick And Vanessa Lachey's Relationship

In 2004, when the British tabloid News of the World published a story claiming that the musician was unfaithful to the Vanilla Sky actress, he sued the publication after it refused to his request for damages and a retraction. Model Lucy Clarkson reportedly told News of the World that she spent two nights with Timberlake while Diaz was in L.A. The actress also sued the U.K. tabloid The Sun for claiming that she had an affair with Shane Nickerson, the producer of her MTV adventure show Trippin’.

Things You Might Not Know About Jerry And Jessica Seinfeld's Relationship

In 2004, when Justin and Cameron were walking down a dark street near the Chateau Marmont in Los Angeles, they were surprised by two photographers who jumped out of the bushes. Cameron quickly grabbed a camera from one of them and he alleged that she had struck him in the neck and tripped him while doing so. The photographer sued her and Timberlake for assault and the case was settled in 2005.

During their relationship, there were plenty of engagement rumors, but both Cameron and Justin were adamant that they didn’t want to get married. Cameron told Ellen DeGeneres that she was commitment-phobic, which is why she doesn’t want to get married, and when Ellen asked Justin if she should get a bridesmaid dress now or not, he told her that she could reserve one, but she’d “have to stay the same size for the next 15 years!”

After almost four years together, they called it quits in January 2007 and then released a statement to the public that read: “It has always been our preference not to comment on the status of our relationship, but, out of respect for the time we’ve spent together, we feel compelled to do so now, in light of recent speculation and the number of inaccurate stories that are being reported by the media. We have, in fact, ended our romantic relationship and have done so mutually and as friends, with continued love and respect for one another.” There were rumors that Scarlett Johansson was the culprit in the breakup. She was cast in his video for “What Goes Around Comes Around,” which created tension with Diaz because she felt threatened by their flirting. According to one source close to Us Weekly, Timberlake definitely cheated on Diaz with Johansson while filming the video.

Shortly after their breakup, both Cameron and Justin attended the Golden Globe Awards and Prince’s after party at the Beverly Wilshire hotel. At the party, she reportedly saw him chatting with Jessica Biel and went over and blew up at them. When Cameron walked away, Justin followed and the two had “an intense 40-minute face-off in a side room,” according to People, someone told Page Six that Cameron actually followed Justin to Prince’s after party.

Since their exchange at the Golden Globes in 2007, the former couple has been on good terms. He attended her father’s funeral in April 2008 and they have also worked together after their breakup. When the Being John Malkovich actress got involved in the movie Bad Teacher, she had her former beau cast as her character’s love interest. “Justin and I have always had a good laugh together, and to make a movie where we get to have a laugh together, and there really was no one else who was more perfect for this part,” she told Us Magazine. She also said that Timberlake is “a genius comedian” who is “clearly talented” and that they “went for the best person for the job, and it just so happened that it was him. And he delivers.”