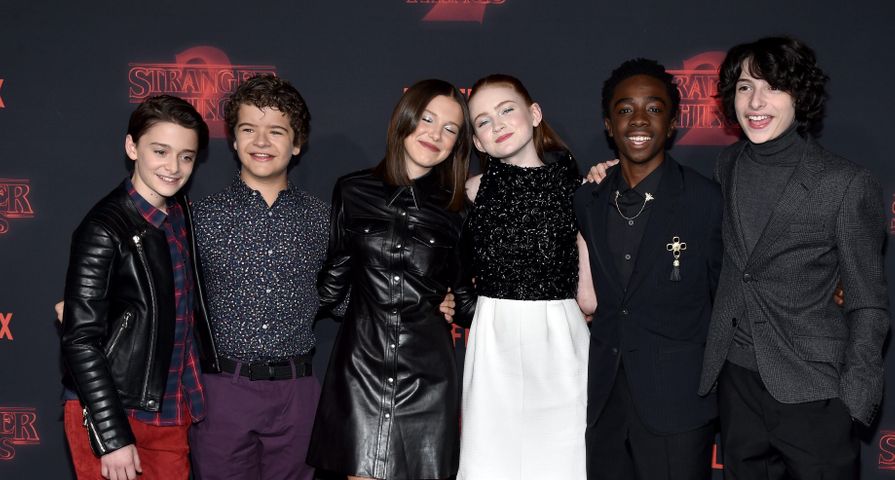 It is not news that the leads on TV’s biggest shows can rake in a lot of money for one season or even just one episode of their show, but what about when those leads are children? TV’s child stars have seen a huge change in the amount they get paid over the years with some earning over $120,000 an episode whereas Mary-Kate and Ashley Olsen only used to make $2,500 each when on Full House. Of course, the child star’s age and the network play a huge part in determining pay, and it seems these child stars got by just fine with their television roles. Here are 13 of the highest paid child TV stars of all time:

The child actors of This Is Us have been nothing short of terrific, and while for the most part their salaries are kept under wraps, it is no secret that everyone on the cast got huge bonuses after the incredible success of the show. It was revealed, however, that Eris Baker, who plays Randall and Beth’s oldest daughter Tess Pearson, made a substantial $112,500 for season one of the show for which she was only in nine episodes. Along with the rest of the cast, Baker got a raise for seasons two and three and has now made $298,140 and season three hasn’t even premiered yet!

12. Demi Lovato – Sonny With a Chance

Before she was making millions off of her music, Demi Lovato was one of Disney’s most popular young stars with the starring role in the sitcom Sonny With a Chance. The series only lasted two seasons but Lovato earned $12,000 per episode of the series which padded her bank account before she even turned 18. Now, Lovato has only added to her earnings from her days as a Disney star and has a whopping estimated net worth of $33 million.

Much like Demi Lovato, Miley Cyrus was a Disney darling before she transformed into the “Wrecking Ball” songstress she is known as today. With Hannah Montana, Cyrus could not only show off her singing and acting skills but also earn quite a lot of money at only 14 years old. It has been reported that she made $15,000 per episode over the series’ four seasons, not to mention the amount she was paid for the Hannah Montana brand and the movie. Now the singer and actress is only in her twenties and has a reported net worth of $200 million!

Twins Dylan and Cole Sprouse were hard at work on the big and small screen from an early age with roles opposite Adam Sandler in Big Daddy and alongside the cast of Friends as Ross’s son Ben, but their big break came at 13 years old with the lead roles in Disney’s series The Suite Life of Zack and Cody. The twins reportedly made $20,000 each per episode of the series and by the time their Disney fame was over, both had made enough to fade out of the spotlight and live normal lives by going to college and working different jobs outside of Hollywood. Of course, Cole Sprouse recently made his return to TV in a big way as Jughead Jones on the hit Netflix series Riverdale.

While Disney definitely paid their child actors well, Nickelodeon was sure to do the same for its young talent as well. Keke Palmer was in her early teens when she locked up the role of True Jackson in the series True Jackson, VP. Palmer received $20,000 per episode during all three seasons of the show which was an incredible amount for a teenager. After taking time to focus on her music, Palmer once again turned her sights toward acting and now has an estimated net worth of nearly $8 million.

After beginning her entertainment career at a very early age on Barney & Friends, Gomez continued her acting with small parts on major Disney series before she landed her very own with the lead in Wizards of Waverly Place. The show instantly became a hit for the network and Gomez was paid accordingly with an impressive $25,000 per episode which was more than many of her Disney peers. Like Cyrus and Lovato, Disney was just the first stepping stone to major success as Gomez’s music career has now helped her to an estimated net worth of $50 million.

Even though Diff’rent Strokes ran from 1978-1986, the amount that child lead Gary Coleman made is still one of the highest amounts paid to a child actor, even in comparison to today. At 10 years old Coleman took on the role of Arnold Jackson in Diff’rent Strokes and quickly became the show’s most popular character. Before long Coleman was making $70,000 to $100,000 grand per episode which easily made him the highest paid child actor of his time. After the series came to an end in 1986 Coleman was left with only a quarter of his earnings because of the misappropriation of his finances by his parents and former advisers. He ended up winning a lawsuit for $1.3 million but by 1999 he filed for bankruptcy protection. Then on May 27, 2010, at only 42 years old, Coleman passed away after suffering an epidural hematoma.

Modern Family has a lot of stars to juggle, from the parents to the kids, and over the show’s run, the child stars have gained bigger and bigger roles on the show. At only 11 years old Rico Rodriguez took on the role of Manny Delgado and at first Rodriguez along with the show’s other child stars were said to be making around $70,000 per episode, and as the show has progressed and remained popular, Rodriguez is now said to be making $100,000 per episode. Thanks to just the one major role in his career, the young actor already has an estimated net worth of $9 million.

5. Frankie Muniz – Malcolm in the Middle

Frankie Muniz hit the jackpot as a child actor when he landed the title role of Malcolm Cleaver on the FOX series Malcolm in the Middle at 14 years old. The series went on for seven seasons and as its popularity grew so did Muniz’s pay per episode, and by the last season, he was making $120,000 per episode. During the time the series aired, Muniz also starred in films such as Big Fat Liar and Agent Cody Banks, and while he was disappeared from the spotlight over the years, it is because he can afford to. When a follower on social media commented on not liking Muniz’s acting, the actor replied, “Yeah, but being retired with $40,000,000.00 at 19 has not been awful. Good luck moving out of your moms house before youre 35.”

Victoria Justice began her on-screen career with small roles in Gilmore Girls and The Suite Life of Zack & Cody, and then made her way to Nickelodeon stardom with a main role on Zoey 101 at only 12 years old. Three years later the network handed Justice her own series, Victorious, along with it a hefty paycheck for a teenager. The young actress reportedly made $180,000 per episode over the three seasons of Victorious. Thanks to her Nickelodeon career and continued acting and breakthrough in music, Justice now has an estimated net worth of $150 million and she is only 25!

After Miranda Cosgrove’s breakout role at 10 years old in the 2003 film School of Rock, she turned her sights to television stardom where she landed a main role on Nickelodeon’s Drake & Josh. Her fame and paychecks really skyrocketed, however, when she earned her very own sitcom iCarly at 13 years old. With the major success of the show, which ran from 2007 to 2012 for six seasons, Cosgrave reportedly earned an astounding $180,000 per episode which was nearly unheard of for a child actor, especially on Nickelodeon. After iCarly came to an end Cosgrove expanded her music career and continued acting but has not reached the same success as some of the other child stars on this list.

It is safe to say that Netflix had no idea just how popular their streaming service was going to become or just how popular their Netflix Original series were also going to become. Netflix’s Stranger Things is one of the most successful shows of recent years, and with a primarily young cast, the child actors are raking in a lot of money. For the first two seasons of the series the child stars including Finn Wolfhard, Gaten Matarazzo, Caleb McLaughlin and Noah Schnapp were said to be making “in the low $20,000 range for the first and second seasons of the series” per episode but for season three things changed in a big way when they all renegotiated their deals for a nearly 1,200 percent raise to make between $200,000 and $250,000 per episode for season three. Meanwhile, Millie Bobby Brown who plays Eleven negotiated her deal separately and got a deal as high as $350,000 per episode for season three which puts her in line for the same earnings as the show’s adult stars Winona Ryder and David Harbour.

Working on a primetime network show is the golden ticket for child actors in comparison to those working on Disney and Nickelodeon, and for proof look no further than Angus T. Jones. At only 10 years old Jones was cast as Jake Harper and the third star opposite Charlie Sheen and Jon Cryer in the sitcom Two and a Half Men. The series became the most popular sitcom in the U.S. for most of its run which meant hefty raises each season for all of the stars. In the early seasons, Jones made $250,000 per episode but eventually renegotiated his contract and began earning $350,000 per episode, making him the highest paid child star in television history. His new contract meant that between seasons seven and eight alone he made $7.8 million. Eventually, Jones asked to leave the show and has rarely been seen since, but he has more than enough money to never work a day in his life again if he chooses and it all happened before he turned 18.