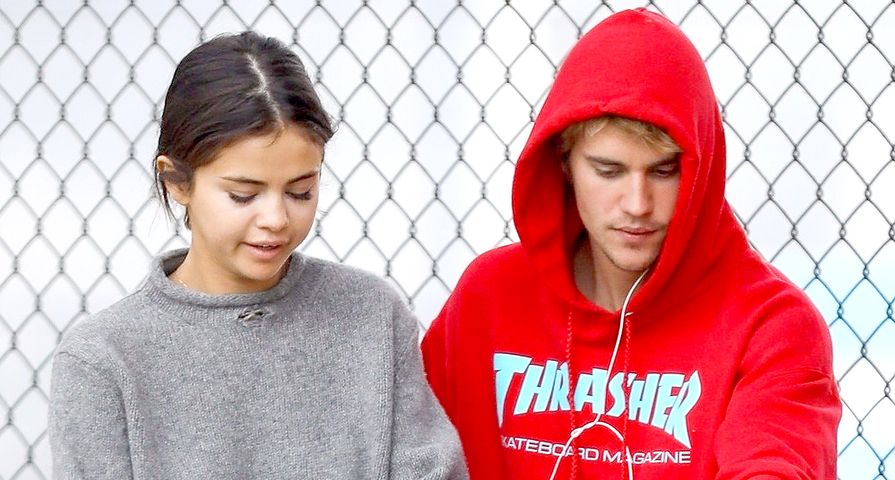 Since it’s so hard to make a relationship work in the entertainment industry, they come and go fairly quickly in Hollywood. Sometimes we don’t even know a couple is together until news breaks that they’ve broken up! Because these celebrities typically share a lot of the same friends and attend the same events, it’s not uncommon for them to cross paths and lead an on and off again relationship, which means there is always hope that our favorite celebrity couple will one day get back together! Here are our predictions for celebrity couples that we believe will get back together in 2018!

8. The Weeknd and Bella Hadid

The Weeknd and Bella Hadid broke up in 2016 after dating for a year and while he seemed to quickly move on with another woman, she never really dated anyone else. This leads us to believe that she never really got over her ex! Not only that, but it was also clear that Hadid still had raw feelings about their breakup when he began dating Selena Gomez a few months since she immediately unfollowed Gomez on social media after news of their relationship became public. Now that Gomez and The Weeknd are over, the “Starboy” singer was spotted leaving Hadid’s apartment in New York City. Sounds like a reconciliation!

Katy Perry and John Mayer haven’t been an item for a long time now. They dated on and off from 2012 to 2015 and collaborated on the song “Who You Love.” It’s pretty clear from Mayer’s recent album, he’s pining after his ex and their relationship had a profound effect on him, more so than any of the other women he’s dated. His most recent album, The Search for Everything, showcases several songs about Perry and in a recent interview with James Corden, Perry ranked Mayer as her best lover. Even more recent than that, the “Roar” singer commented on Mayer’s Instagram post for his father’s birthday and said, “Looking fantastic as ever! Happy birthday friend.” How sweet is that? We’re still holding onto hope that these two to get back together!

These two had an on and off ever since 2014 when the reality star was only 17-years-old and the rapper was 24. Despite rumors they were dating, they didn’t confirm their relationship right away because of Kylie Jenner’s age. It wasn’t until right after her 18th birthday in March 2015 that they went public. Even though Jenner has since moved on with another rapper, Travis Scott, who she met only a few weeks after her last split with Tyga, and is reportedly pregnant with his child, we’re still not convinced this is the end for Jenner and Tyga. If they can make their relationship work while her step-brother dates his ex-fiance and baby momma, then there’s a chance they’ll make it through this latest break-up! Never say never with these two.

The Hills star, Audrina Patridge and Corey Bohan have been on and off for the past decade, but for a long time things seemed to be on and good, until September 2017 when news broke that Patridge filed for divorce and a temporary restraining order after an alleged domestic violence incident. They started dating in 2008 and had broken up numerous times with one very public break up in 2011 on her VH1 reality show, Audrina. Each time these two break up, they get back together. She married the Australian professional BMX dirt bike rider in November 2016, but in between getting engaged and walking down the aisle, the two welcomed a baby girl, Kirra Max Bohen in June 2016. They say history repeats itself, so we’re guessing these two will follow the same pattern and eventually get back together, especially since they now have a daughter together that they have to co-parent.

Jenny Slate and Chris Evans first started dating in June 2016 after they met on the set of Gifted, but after quietly dating for a few months their relationship came to an end in March 2017. In an interview with Vulture, Slate opened up about their relationship and why it didn’t work out. She said: “I remember him saying to me, ‘You’re going to be one of my closest friends.’ I was just like, ‘Man, I f-cking hope this isn’t a lie, because I’m going to be devastated if this guy isn’t my friend.'” Not only do these two gush about each other even after their breakup, but they’ve been chatting over Twitter a lot lately. Rumor has it that these two might already be back together!

On October 19, 2017, it was reported that Vanderpump Rules star Scheana Marie and her boyfriend Robert Valletta broke up, but “are still good friends,” who hang out often, but needed to take a step back, according to a source at ET. They’ve been dating since February, but by the sounds of it, these two didn’t break up because of some giant argument or anything too personal, rather their schedules were just too busy and they couldn’t find the time to commit to a full-blown relationship which always leaves room for reconciliation in the future. Only a few days ago Scheana Marie posted an Instagram photo with Valletta at an event hosted by Lisa Vanderpump. Seems like they are already on the road to getting back together!

It didn’t take long for Selena Gomez to move on from her break-up with The Weeknd. The two began dating in January 2017 but were reportedly broken up by October 30. It’s no secret that Justin Bieber and Selena Gomez had one of those iconic relationships that will follow them forever, no matter who they move on with! It doesn’t help that these two seem to go back and forth about whether they are on or off, or on good terms or not. Right now, it’s pretty clear these two are back on and it’s only a matter of time before they’ll be back together. Right after her break-up with The Weeknd, Gomez was spotted out with Bieber in L.A. riding bikes and then attended his hockey game, and left the arena wearing his jersey. Since then, there have been reports that these two are going to keep a more low key profile, but are definitely exploring whether or not they want to get back together. This is exciting news for Jelena fans!

Real Housewives of New York City star Carole Radziwill raised a few eyebrows when she started dating self-taught chef, Adam Kenworthy, who is 22-years her junior. But she also surprised us when their relationship not only lasted for three years but also seemed to be one of the healthiest relationships out of all her co-stars! The entire time they dated, Radziwill was open about the fact that she wasn’t looking for anything long term and that she was at the age where she liked to be independent, so when they temporarily moved in together, it put a strain on their relationship. At the season 9 reunion, Radziwill announced she and Kenworthy had not broken up, but taken a “step away,” although they continued to hang out even after their split, so we’re guessing things aren’t exactly over between these two!