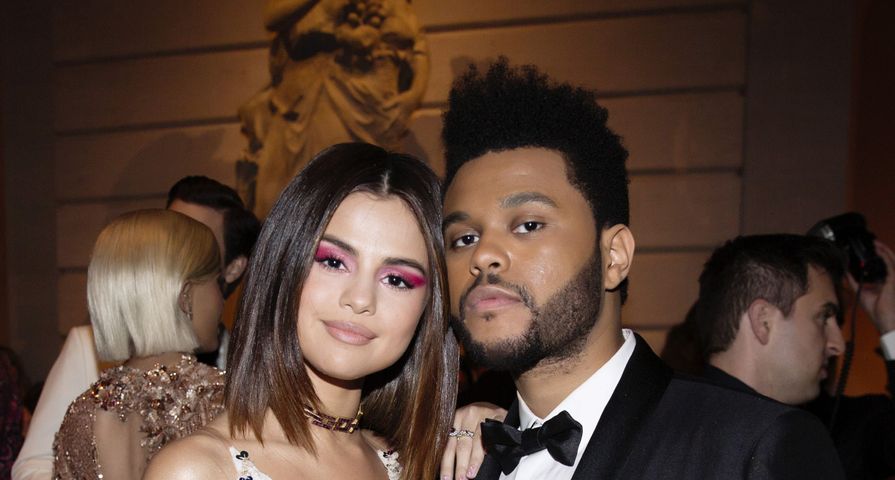 Hollywood is a very small circle which is why celebrities are often seen dating other celebrities. More often than not, the relationships don’t last, but since they all share mutual friends, attend the same clubs and parties, it’s not uncommon for the single stars to mingle with each other and have a few flings here and there. Every year we see new couples come and go, and this year was no different! Let’s take a look at the 12 most shocking celebrity hookups of 2017…

The “Too Good at Goodbyes” singer was spotted spending some quality time with 13 Reasons Why star Brandon Flynn. The two were seen in New York having lunch in the West Village and sharing a kiss. Smith also put his arm around Flynn as they walked around the city. It seems these two are still in the very early stages of a relationship. In addition to being spotted out with one another, they’ve been liking and commenting on each other’s Instagram posts, and during an interview with Ellen DeGeneres, Smith confirmed he’s no longer single. While it’s pretty obvious the two are dating, neither one have confirmed the relationship.

Although he didn’t find love on Bachelor in Paradise, Adam Wells is having no trouble landing a girlfriend! Wells and Modern Family star Sarah Hyland recently sparked romance rumors after being spotted together on Halloween and then confirmed these rumors with a few Instagram posts. Hyland posted a goofy picture of the two with the caption: “He puts up with me,” while on the same day, Wells posted a photo a romantic picture of the two in front of some twinkly lights.

These two are definitely an unexpected pair, but now that we’ve gotten to know them as a couple and heard what they have to say about their relationship, they actually have a lot in common! Jennifer Lopez and retired MLB pro Alex Rodriguez have now been dubbed “J-Rod” ever since he confirmed their relationship during an appearance on The View back in March 2017. A few months later they made their red carpet debut at the 2017 Met Gala. Their relationship started when Lopez unexpectedly approached Rodriguez while having lunch in Beverly Hills to say “hi,” and ended up going to dinner a few days later. The rest is history!

How To Get Away with Murder co-stars Liza Weil and Charlie Weber started dating in the summer of 2016, but they didn’t tell anyone about their relationship until nearly a year later in July 2017 which is why we’ve included them on this list. What makes their relationship so shocking is that they were both married when they met each other. They both went through a divorce around the same time which is when they reportedly fell for one another. Weber divorced his wife Giselle in 2016 after a year of marriage, while Weil divorced her husband of 10 years, Paul Adelstein, in 2016 as well.

Scott Disick has gone through a lot of flings and hookups since he and the mother of his three children, reality star Kourtney Kardashian, broke things off for good back in 2015. The most surprising hookup from 2017 has definitely got to be with 19-year-old model and daughter of music icon Lionel Richie, Sofia Richie. Despite their 15-year age difference, these two have been reportedly dating for several months — since May! They’ve gone on several trips together and aren’t shy about packing on the PDA. Only time will tell how long this relationship lasts!

After all their back and forth history it’s not all that surprising these two are back on our radar as a potential hookup. It’s become clear that these two are somewhat back on, but as we know from their relationship in the past, it never lasts for long! Almost immediately after news broke that Selena Gomez and The Weeknd ended their 10-month relationship, Gomez was spotted hanging out with her ex-boyfriend, Bieber. Just a few days before Halloween they were spotted at church and breakfast together, then a few days later they are spotted riding bikes and being cozy together in L.A. Hours later she attended his hockey scrimmage and was seen wearing his jersey as they left the game.

Grey’s Anatomy star Jesse Williams’ love life went through a lot of changes this year! Not only did he go through a very public divorce from his wife, Aryn Drake-Lee, but he also began dating Friday Night Lights alum Minka Kelly earlier this year. They met in January after working together on an upcoming video game. What started out as a friendship eventually blossomed into more. After rumors started that the two were dating, they were first spotted out together as an item on a movie date in July and have continued to go on public dates ever since.

We must admit, we weren’t convinced that Kourtney Kardashian and Scott Disick would ever be over for good, but they’ve both moved on…with much younger people! The 38-year-old Keeping Up with the Kardashians star and the 23-year-old model first sparked dating rumors in December 2016 when they were spotted kissing on a yacht. At first, many deemed the two just a casual hookup, but they’ve since become a full-blown couple! They’ve gone on a few vacations together and became “Instagram official” in September. The relationship will be explored further in the next season of KUWTK.

While these two were technically rumored to have started dating back in November 2016 after being spotted at a Kings of Leon concert, they didn’t actually confirm their relationship until the New Year. The Game of Thrones actress and the DNCE frontman enjoyed a whirlwind romance this past year which eventually led to an engagement in October 2017!

We thought the day would never come, but Kylie Jenner finally broke up with Tyga this past year after two years of dating. The Lip Kit creator and Keeping up with the Kardashians star didn’t waste any time jumping into another relationship, but this time it was with Travis Scott. The two were first spotted holding hands at Coachella only a few weeks after she’d broken up with Tyga. She’s now rumored to be expecting her first child, a daughter, with Scott.

We’ve all been convinced that Ben Affleck and Jennifer Garner would end up getting back together after their split in June 2015, but recently it’s beginning to look like that’s not going to happen. Affleck and Shookus, a producer for Saturday Night Live, went public with their romance in July 2017 and have been steadily dating ever since. After being extremely secretive in the beginning stages of their relationship, which stems all the way back to April 2017, they’ve been spotted out and about on several occasions.

1. Selena Gomez and The Weekend

Not even two months after he split with supermodel Bella Hadid in November 2016, The Weeknd (Abel Tesfaye) began dating fellow singer, Selena Gomez in January 2017. Fans caught wind of their romance after they were spotted having dinner in L.A. and photographed kissing outside the restaurant. After that, the singers weren’t shy about their relationship and continued to go steady for the next 10-months. They seemed like the real deal! Not surprisingly, exes of the couple, Bella Hadid and Justin Bieber, were not impressed with this new romance, but that doesn’t matter now because the two have already split up.