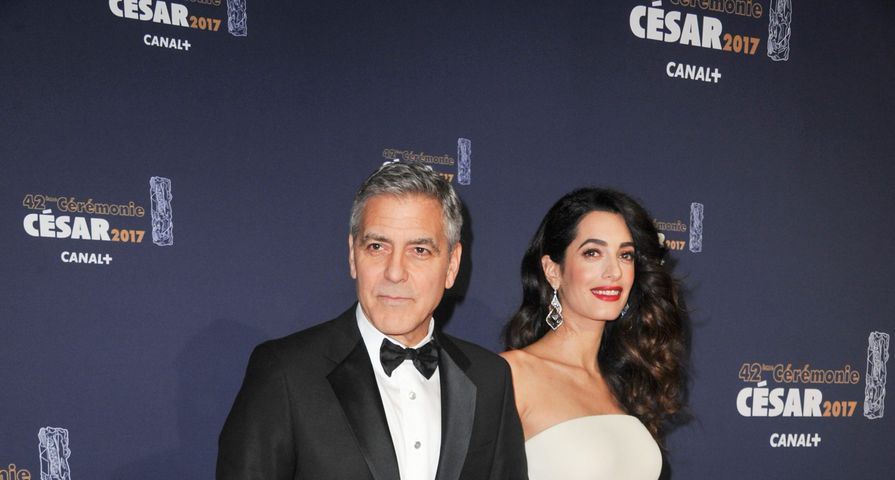 Another year has come and gone, and it’s been an especially exciting year for many celebrities who’ve recently announced they’re pregnant! While it’s impossible to include every celebrity who was or is expecting in 2017, we’ve compiled a list of some of the biggest pregnancy announcements from the past year. Some of these celebrities have already welcomed their child (or children), while others are due later this year or in early 2018. Here’s a look at 16 of the biggest pregnancies of 2017!

Tennis superstar Serena Williams accidentally revealed she was 20-weeks pregnant in April 2017 when she shared a photo of her bump on Snapchat. Williams and her fiance, Reddit co-founder Alexis Ohanian, welcomed their first child, a daughter named Alexis Olympia Ohanian Jr. in September 2017.

Hillary Scott, lead singer of Lady Antebellum, and her husband, Chris Tyrrell, shared some really exciting news with their fans back in August 2017. The country couple is expecting not one, but two babies! The news of their pregnancy was extra special for these two because they had previously struggled with a miscarriage and getting pregnant after having their first child, a daughter named Eisele, who they welcomed in July 2013. Scott and Tyrrell later revealed their twins girls are due in February 2018!

The Honest Company founder surprised us all when she announced that she and her husband Cash Warren are expecting their third child, a baby boy! The actress posted a video to Instagram in July to make the announcement and revealed the gender in another Instagram video in October. Alba and Warren wed in 2008 and are already parents to daughters, Honor, 9, and Haven, 6.

Country singer Jessie James and her football star husband, Eric Decker, recently revealed they’re expecting their third child, a baby boy, due at the end of March 2018! They shared the exciting news on Oct. 9 in an Instagram video and revealed the gender in another video on Oct. 30 after opening up a box of blue balloons. The cute couple has been sharing their lives on the E! special Eric & Jessie since 2013 — the same year they got married. Jessie and Eric already have two children, Vivianne Rose, 3, and Eric Jr., 2.

There’s never a dull moment with Beyonce and Jay Z! These two weren’t on anyone’s baby radar when they announced they were expecting twins in February 2016. In typical Beyonce fashion, she made the announcement with a very artistically dramatic photo of herself cradling her baby bump in lingerie in front of a floral wreath. She captioned the photo: “We would like to share our love and happiness. We have been blessed two times over. We are incredibly grateful that our family will be growing by two, and we thank you for your well wishes – The Carters.” The fiercely private couple are already parents to a 5-year-old daughter Blue Ivy. Beyonce gave birth to their twins, a boy named Sir and a girl named Rumi, sometime in June 2017.

Tyler Hubbard, who is one half of the popular country duo, Florida Georgia Line, and his wife, Hayley Hubbard, are among one of the many country stars who are expecting. The “God, Your Mama, and Me” singer and his wife of two years made their announcement on Instagram right before the CMT Awards in June 2017. In a strange twist of events, after revealing the gender of their baby to be a boy in a Dirt Bikes or Diamonds party in June, two months later they found out that the blood test was wrong, and they’re actually having a girl! The Hubbard’s are due in December 2017.

Victoria Secret model Behati Prinsloo and Maroon 5 singer Adam Levine are currently pregnant with their second child. They announced the news in September on Instagram with a picture of a clearly pregnant Behati, baring her baby bump and the caption “ROUND 2….” The cute couple tied the knot back in 2014 and welcomed their first child, a daughter named Dusty Rose, back in September 2016.

Keeping Up With the Kardashians star and Good American designer hasn’t exactly confirmed her pregnancy yet, but she also hasn’t denied it. The 33-year-old reality star is beginning to show and according to US Weekly, who broke the news of her pregnancy in late September, she’s expecting a baby boy with 26-year-old boyfriend, Tristan Thompson. It’s unclear when she’s due, but US Weekly also reported she visited a specialist at Cedars-Sinai Medical Center in Los Angeles for her 20-week checkup on Oct. 9. This will be the first child for Kardashian and Thompson’s second.

Julia Stiles and her new husband Preston J. Cook are expecting their first child together. They made the announcement in June with a statement released by their rep to People. Not long after that, Stiles showcased her baby bump while promoting her new show, Riviera, in London. Stiles and Cook met back in 2015 on the set of Go With Me, now titled Blackway. Cook was working as a camera assistant, while Stiles co-starred in the film. They enjoyed a whirlwind romance, celebrating an engagement less than a year later, and a wedding in September, just two months ahead of welcoming their son, Strummer Newcomb Cook, in late November.

Former American Idol contestant Brittany Kerr and her husband, country crooner Jason Aldean, took to Instagram back in May to reveal they are expecting their first child together! She posted a photo of the two wearing shirts that said “Baby Daddy” and “Baby Mama” and the caption: “SURPRISE!!!! WE ARE PREGNANT!!! This was the hardest secret we’ve ever had to keep. This journey for us has been full of many happy times & also many tears…The biggest rollercoaster we have ever been on, without a doubt!” This will be the first child for Kerr, but Aldean’s third. He has two daughters from a previous relationship with Jessica Ussery. A few weeks after their announcement, the two revealed they are having a baby boy in November 2017.

The 38-year-old A Wrinkle in Time actress has been pretty quiet about her pregnancy, but finally confirmed the news herself while on The Ellen DeGeneres Show in October and said she’s expecting a baby girl. She admitted the pregnancy was an unexpected surprise and has yet to reveal who the father is, but that it was a happy surprise. In fact, Oprah Winfrey revealed the news in July before Kaling was actually ready to announce! At that time she was already five months pregnant which means she’s due sometime in November or early December!

Former Hills star Lauren Conrad started off 2017 by sharing an exciting announcement! She posted a sonogram photo to Instagram with the caption: “Happy New Year! I have a feeling 2017 is going to be the best year yet…” Lauren Conrad has been married to entrepreneur and former musician William Tell since 2014. In June she shared with fans that they were expecting a baby boy, and in August 2017 she gave birth to their first child, a son named Liam.

The “Die a Happy Man” singer and his wife, Lauren Atkins, gave country fans the biggest news of 2017 when in February they announced that not only were they expecting their first child, but they were also in the process of adopting a child from Africa!  They decided to start the adoption process because they’d been trying to get pregnant for a long time with no luck, and then suddenly it all happened at once! They’d been quietly working toward adopting Willa Gray Akins from Uganda for months prior to finding out they were pregnant with their own biological baby. Thomas and Lauren were finally able to take home Willa in May and welcomed their second daughter, Ada James Akins, in August.

Arguably one of the most shocking baby announcements on this list is that of 20-year-old reality star Kylie Jenner and her 25-year-old boyfriend, Travis Scott. The Lip Kit Creator has yet to confirm her pregnancy with the “Goosebumps” rapper, but TMZ was the first to report the news in late September and revealed she’s four months along. Kylie is reportedly due in February 2018 and expecting a baby girl.

There’s going to be another royal baby! The Duchess of Cambridge and Prince William, both 35, are expecting their third child together. They made the announcement through a statement released by Kensington Palace back in September which stated, “the Queen and members of both families are delighted with the news.” They were forced to make the announcement earlier than intended because Kate is suffering from Hyperemesis Gravidarum, also known as acute morning sickness, which she had with her other two pregnancies as well. William and Kate are already parents to Charlotte, 2, and Prince George, 4.

This A-list couple shocked us all when they announced not only were they expecting one baby, but two babies! What’s more bizarre is that Julie Chen confirmed the announcement for them during her CBS morning show, The Talk, in February 2017 after much speculation in the media. She let viewers know the couple was, in fact, expecting twins and that they were due in June. The 56-year-old actor and his wife, Amal, have been raising the twins, Alexander and Ella, at their summer home on Lake Como in Italy.